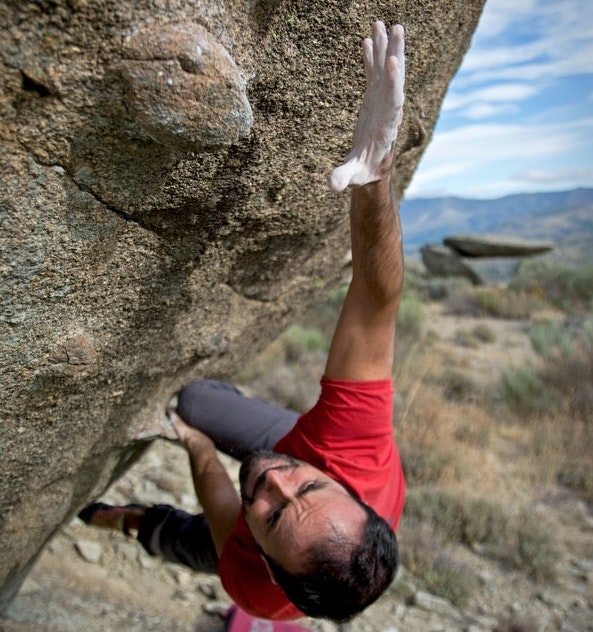 How to Climb into Your Screenplay (Part 2)

Okay, so you’ve gone through the various permutations of the initial inspiration for your idea and started to get a handle on how it might sustain a full story. You’ve worked out a good, story-driven logline to narrow down the basic progression of your narrative, and you’ve started to do research on any of the professions, locations, or history that will add some authority to the experience of reading your script.

However, the great thing about grunt work when it comes to doing the creative work you love is that it isn’t grunt work at all. Well, when you’re doing it right, that is.

Each screenwriter usually has some way of mapping out the building blocks of their story. Color-coded index cards, juggling scenes around in one’s head, cranking out a draft chronologically…whatever your method, this is the time to keep juggling, move those index cards around and ignore the chronology. With the possible exception of sports, writers and artists are privileged in that they get to play and call it work. It’s important to embrace that privilege and not get locked into anything as you begin what many writers ingloriously refer to as the “vomit draft.”

Before you think about simply packing pages one through 120 with enough three-act structure to appease the masses, throw the story into as much disarray as you can muster. A question often asked of my students, for example, is, “what if you made a supporting character, or even your antagonist, into the protagonist?” Experiment with that concept for a draft and see what is revealed. You might find more sympathetic aspects to your antagonist than you thought were there; you might even decide to make the swap right then and there. And speaking of swaps, what about gender?

A Sense of Place

In a previous article for Creative Screenwriting Magazine, I detailed my own resistance to switching the gender of one of my characters after it was suggested in a production meeting. Once I let go of that resistance, I found myself with a very strong spec script that I still use as a writing sample to this day. Got your heart set on a location? Change it, see what it does to the feel and tone of your story. (This dovetails with research. If your script lacks a fully-realized sense of place, that can be a red flag for industry readers, who look for a well-rounded approach to the craft.)

In the legal field, the process of each side gathering every possible tidbit of information on the case is called “discovery,” and that’s the screenwriter’s job, too. Anything, and that means anything, can be the detail that cracks the case for the prosecution or the defense. It’s important not to resist your discovery process. This is your craft. Honor it. Rigidity is the enemy of discovery. I often encounter writers who do not think they are artists or even craftspeople. Writing scripts is simply a task that might lead to a career. But, it’s difficult to sustain a career if you miss out on maintaining a love of the process. And what is the process of discovery for a screenwriter if not collecting evidence for and against the motivations and actions of each character in the proceedings?

It is important to have an ending in mind. Knowing how your characters and story will resolve is a great guidepost—a sense of where things are going will have a ripple effect on the scene-by-scene construction. However, it’s also a good idea to consider several different endings, and let them, indeed, guide where you will eventually take the reader with your scene work.

Speaking of guides, your characters are ready and waiting to fulfill that function. Part of that work of discovery is getting to know them as if they are extensions of yourself (which, let’s face it, most of them are—and not just your protagonist, but all the aspects of supporting characters and antagonists that reflect pieces of you). A quick Google search will offer up countless writing prompt exercises designed to help you put your characters in imagined situations and explore how they might behave. The answers to character biography questions, too, when approached with an open mind, can each offer up an idea for a scene. (“Where were you born?” “What was your most terrifying moment as a child?” “Who would you never want to see again?”—write a scene embodying the answer to each of these questions for your protagonist, a key supporting character and the antagonist.) In this way, when you truly kick into a pass at a beginning-middle-and-end story, any decisions facing your characters at the in and out points of every scene can be addressed by having them behave in exactly the way you know they will.

When children play, there is very little concern for a structured narrative. One thing jumps to another, the craziest notion becomes a building block to continue the action. Film, and the writers who write them, fulfill a freeing function for the world—they make it look easy, like children at play. Your task as a screenwriter is to allow that childlike space to be part of your writer’s toolkit, and then bring in the grown-up knowledge of craft and effectiveness of story beats into the mix.

Which leads to a big question to ask as you settle into the straight-up telling of your story.

Notice the question was not “what do you want to say?” The age-old adage attributed to playwright Moss Hart, “if you want to send a message, call Western Union,” still applies, although in the 21st Century the punchline would probably involve an opinion-based blog.

What kind of story is it, and how do you want your audience to feel when it is over?

What a screenplay is “saying” will become apparent through the telling. If there is a message about the meaning of life, or man’s inhumanity to man, or the corruption of the political process contained in your tale, the actions of everybody in it will be reinforcing these ideas simply by their actions.

Give Me a Tone

However, tonal considerations arise when you make the decision as to what type of story this “saying” is occurring in. Is it an allegory, told through magical realism or as a fable, or as a political or social satire? Is it a metaphor for a larger issue, in which the characters will embody carefully-selected functions that guide us to that metaphor? Is it a straight-ahead drama, more akin to an Arthur Miller play or Ordinary People? In this, there will be less room for anything but carefully-observed, authentic interactions, less room for metaphor or allegory.

What, then, do you want your audience to feel after having experienced the film of your screenplay? Sure, a sense of having gotten a series of adrenaline rushes is a decent enough goal for an action film, but it always helps to aim higher, only because “it’s just an action movie” or “it’s just a silly comedy” can lead to stagnation in terms of taking things up a notch and creating a genre piece that has a layer or two with which an audience can identify—thereby making your simple action movie or dopey comedy into something that resonates and lasts as a perennial audience favorite. (Bridesmaids, written by Kristen Wiig and Annie Mumolo, is filled with bawdy humor, but it’s built on the foundation of an exploration of the volatility of friendships and gives us something to connect to because of it. Die Hard, written by Steven E. de Sousa and Jeb Stuart,  is non-stop action, but it’s also about letting go of our attachments to our narrow view of relationships—its hero saves the day and sees things a little more clearly in the bargain.) If your story is a mystery, is wanting the audience to feel that they have the answer to whodunit enough of an end goal? Can you add another layer of feeling through a character’s inner journey that maybe will up that ante, too?

Your audience must feel and think something

No matter the genre, you should want your audience to feel something. It’s why they came to the movie, after all. Viewers (and the readers of your script before it gets made) can certainly think something, too, after having taken in your drama, comedy, allegory or metaphor. What do you want them to think? That man is basically good? That man is essentially corruptible? That competitive sports can bring a community together, and help underdogs achieve greatness? That relationships are fraught with compromise?  Any and of all of these are common and recurring ideas in films, and each one provides a signpost for your own story.

Give your audience takeaways intellectually and emotionally. By the time you have jumped into the symbolic writer’s sandbox and done some toddler-style play with your story, bent and twisted it into all sorts of incarnations, gone deeply into your characters’ history and motivations, switched into grown-up craft mode and tackled the bigger picture of what is actually happening from scene-to-scene in your script—you will know what type of story you are telling and what you want your audience to experience through it.

At which point you can take a deep breath, maybe step away from the keyboard for a few days, and realize… there’s more work to do.

You can read the first installment of this series of articles HERE.