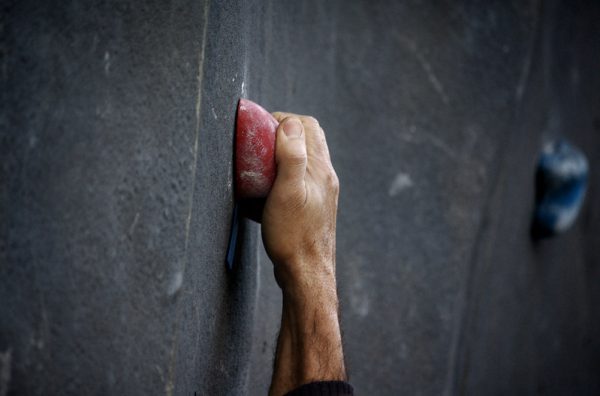 How to Climb into Your Screenplay (Part 3)

You’ve put your script through its try-everything development stage, getting clear on your characters, locations, themes, and intent. That was fun, wasn’t it? Now it’s time to connect-the-dots and build your story scene-by-scene.

On the way into this, decide on a few things first:

Perhaps strange to think about, since we associate point-of-view (POV) with a camera position and may even designate a POV shot within our scripts on occasion. Nonetheless, a decision has to be made regarding whose perspective is driving our story. Most of the time its the main character. Sometimes it can be the antagonist or even an omnipotent narrator as discussed below.

In action films like Taken, the stakes and the obstacles are clear and must be solved through the intervention of one easily-identifiable hero. But there are times when decisions must be made about who is truly our audience surrogate. In The Shawshank Redemption, Frank Darabont’s adaptation of Stephen King’s story, Andy Dufresne (Tim Robbins) is the protagonist in the sense that he must break out of prison in order to reclaim his innocence, but the perspective, tone, and mood of the script and its emotional takeaways are given over to Red (Morgan Freeman), who also narrates.

Sometimes, if you are moved to choose a narrator in your story, it may be pointing you toward the POV you ought to be telling the story from, even if your protagonist is going through the driving action. In an ensemble story, the POV is more easily likened to the omniscient narrator of a novel— an all-seeing God of story dropping in on each life within the story and sharing this breadth of perspectives in one feature-length narrative. Nothing like Marvel’s The Avengers to call attention to this, but also ensemble mysteries like Knives Out or romantic comedies like Love, Actually fit this paradigm, as well as countless multi-character television series.

But, thinking about these ensemble character TV shows is a great way into a lesson in perspective. Mad Men concerned the fates of at least six “main characters (Don, Peggy, Joan, Betty, Pete, Roger) whose A and B stories intersected in most episodes, not to mention the fates of Don and Betty’s children and the various post-divorce relationships of Don and Betty. Yet, we are always aware that Mad Men is Don Draper’s show. That his character arc, his energy, his issues, and problems are what is driving the tone and story progression of the series.

Veep similarly gets its focus from Selina Meyer’s predicaments, even as the farcical predicaments of everyone else on her (and other people’s) staff unfold. What about Game of Thrones? A true ensemble, or is there a character who is a key fulcrum around which all emotional aspects of the story revolve? (Get going on the chat boards on that one, GOT fans.) When crafting your story, make certain that you make a clear decision about whose (and/or how many) perspectives we are meant to take in.

Confusion in this area leads to lagging pace and unclear story flow. The recent film Shirley provides a good example of this. Adapted from a novel about real-life author Shirley Jackson, it is atmospheric and evocative. However, it also divides its time between a focus on the titular Shirley and two invented young houseguests that act as audience surrogates. With this constant shifting in focus, it’s difficult to tell which of these characters is meant to invite our emotional investment.

Every writer has their own way of expressing themselves. This section is not about your voice as an author, which is something each of us cultivates and burnishes over time, but rather the stylistic format of what you write. There are any number of produced screenplays available online, and if you examine the ones from the 1990s and even the early 2000s, you will find them quite wordy, with a great quantity of description and often quite a few scripts with plenty of camera direction.

For a good part of Hollywood history, the fact that the written page stood in for a camera was more apparent. Writers felt emboldened to “direct” the reader (and, hence, whatever director might come on board) with as many pertinent details as might be necessary to translate to the screen.

No longer. In the present day, it’s about conveying the basic idea of well-paced visuals with brief, evocative phrasing that still, in their own way, guide the reader to what is being seen. Dan Gilroy’s screenplay for Nightcrawler or the Beck & Woods vehicle A Quiet Place caused quite a stir in the screenwriting community with their non-conforming formats which perfectly conveyed space and emotion.

One very quick stylistic fix a writer can make is to remove every “we see” that might appear in the text. One’s screenplay is a blueprint for a film, a visual medium—it’s abundantly clear that everything on the page is about something we will see. Try it—see how authoritative and visual your description feels without the “we see.”

The sentence arguably carries much more potency without it and tells the reader that what is being “seen” simply is. Remove “begins to” and such phrases, too. Nobody on screen is beginning to do anything. They are doing, or not doing. Basically, keep an eye on how little is needed to suggest that we are imagining a movie while reading.

The Value of Outlining

As with a screenwriter’s voice, the ways in which writers put their stories together piece by piece varies. Whether it is a wall of index cards, painstakingly writing scene-by-scene without stopping, or working from an outline, the individual nuances of each author’s process are as varied as story ideas themselves.

Here is an exciting by-product of working on an outline in a particular way: when outlining, discipline yourself to describe each outlined scene in one sentence. (Two at the most.) Outlining brings with it a temptation to over-describe to make sure we are including enough information for context, set-up, and clarity. Forcing oneself to get the description down to a bare minimum, to really nail down what each scene is about and must have serves two great functions.

One: it challenges us to bluntly ask what needs to be conveyed in a scene, and thereby can influence our revision process by showing us what can safely be cut.

Two: by getting down to the barest minimum of what a scene can tell us, a spare outline prepares us for another key aspect of sharing our work: the pitch process. If you know your story back to front in the most efficient bites you can muster through the leanest of outlines, you have in your hands a ready-made template for an incisive, crisp, free-flowing pitch.

Even if you do not do the actual work of screenwriting from an outline, it’s still a valuable exercise to go back into your finished script and outline it using the criteria above. It may well point to things that can be trimmed or re-approached more efficiently.

So, it’s not only about what must be conveyed in each scene but what scenes must appear in your script. Most everyone can come away from a film and say, “It was twenty minutes too long.” But the work of a screenwriter is to know exactly which twenty minutes didn’t need to be there.

Writers know the adage about getting into scenes late and leaving them early, and it’s been discussed in previous columns from yours truly. It does remain an excellent maxim for us. Does every scene show us something new? Is information repeated? Is a character wasting a lot of time re-stating something that happened two scenes ago in the fear that the audience will have forgotten it? Does every scene have its own beginning, middle, and end as well some kind of conflict?

Granted, the latter question can be a vexing one for screenwriters. Take heart. If we want to write a scene that just depicts our protagonist brushing their teeth as a way of seeing them in an intimate everyday activity, we should not be held back by the fact that there is no identifiable conflict in such a scene. That said, though, we should not be so lazy as to not fully describe that tooth-brushing in such a way that we understand our character even more through the scene (and this, after all, is an underlying goal of every script—to build a character that shows us something more every moment). So, decide on how that person is brushing their teeth. Fast, uncaring? Too hard? Slurpy? Letting it all spill as they brush?

Each of these can be complementary to the established behaviors of the character and shine a light on “the way we do one thing is the way we do everything” aspect of being human.

It has been said that the field of philosophy grew out of the fact that there are definite answers to the inquiries behind who, what, where and when, but no provable answers for the question of why.

Your scenes have two responsibilities: to tell us the who, what, where, and when of each moment in your script while at the same time letting us know the why of its inclusion in your story. If you were writing a term paper, and simply cited your source quotations without explaining why you included them, you would likely not pass your course. Because that paper would be a compilation of facts without any attendant interpretation by its author. Your screenplay may not be a term paper, but it has to tell us why we’re watching each and every scene. You are in essence, constructing an argument to invite the audience to respond in a certain way. Otherwise, the audience, who is, after all, your greatest teacher, might be inclined to give you a failing grade.