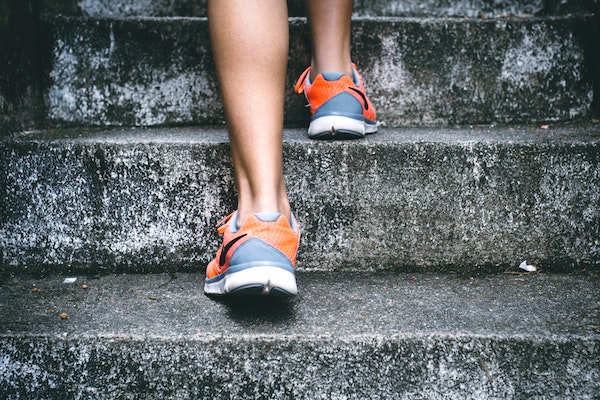 How To Climb Into Your Screenplay (Part 4)

The French New Wave filmmaker Jean-Luc Godard famously said, “A film should have a beginning, middle and end, but not necessarily in that order.”

That’s perfectly fine for the director of Breathless and dozens of other films that openly defy storytelling traditions, but we screenwriters that delve deeply into story need to work within that beginning, middle and end order to take our characters through their paths of growth and change. (Yes, there are protagonists who are designed to not grow or change at all, but even they have to get from where they are in Act One to where they are in Act Three, even if it ends being the same place.)

So, now that you have looked deeply into the economy and purpose of each scene you plan to include in your work, here are a few things to consider when crafting the three acts of your screenplay:

Blake Snyder put a lot of stock in the opening scene as a microcosm of the story to come, and it’s a really great exercise to see how much we can promise with our opening. Sometimes that promise is explored with narration (American Beauty) or a slam-bang action sequence that puts us on notice (Raiders of the Lost Ark) and, perhaps most impressively, in a scene that uses only visuals to draw us in, making us curious about the world we are about to inhabit and leaving plenty of questions about what it might be. Such is the case with The Conversation. In American Beauty (screenplay by Alan Ball), Lester Burnham’s narrated rundown of his supposedly perfect life prepares us for the irony and sarcasm to come. (Although the opening scene is actually a very quick and equally provocative statement from his daughter, bemoaning her father’s predilections.)

In Raiders Of The Lost Ark (screenplay by Lawrence Kasdan), everything about the homage-to-the-old-serials opening lets us know that there will be more of the same to come. In The Conversation (screenplay by Francis Ford Coppola), we are not sure what to think. We’re going closer and closer into activities in San Francisco’s Union Square, but the context will be slowly unspooled over the course of the story. In each case, a great opening sequence leaves us with an understanding of what we are about to watch and contains everything we need to orient us to the landscape we’ll be visiting for a couple of hours. Strive to find that richness in your own opening images.

Another strong Act One technique is to keep us waiting for information. Hold back. Plant an idea and let us wonder what it means. A simple example would be your protagonist being unable to approach a door in the first five pages, and not until the beginning of Act Two will we discover the backstory of that. (You might even hold off until the very end, depending on how you are defining the character’s arc; for example, if the denouement is tied into a final discovery about that door that is going to let your character finally break through to growth and change. In general, though, don’t explain too much in the first fifteen pages, let us settle in and be curious.

Complete this sentence: “At my midpoint [this happens].” I recently worked with a student who filled in that blank and in so doing we both realized that their midpoint was really their ending! The plot had bottlenecked to such a place that the satisfying, right conclusion had been reached halfway through. As basic as it may seem, check your midpoint as you stack your scenes and make sure your protagonist (or ensemble) have somewhere to go from that point on.

Much like the door from the previous example, the judicious unfurling of your story and characters (and having an ending already on mind while you write), will allow you to find the point at which your protagonist (or a crucial fulcrum in your ensemble) finally gets it. Finally figures out how their tragic flaw is holding them back, finally realizes what they have been doing wrong and who they have to make peace with, along with themselves. If that protagonist is not still pretty ignorant of how they need to change by the midpoint, you’ve got nowhere to go.

This series (indeed, the previous paragraph) has already addressed the idea of making sure to have an ending of your script in mind (even if it is several alternate endings before you decide on one) since it Is true that if you are unclear as to what you are building to, the progression of the acts could be muddled.

The other decision a screenwriter must make is where to leave the reader/viewer when the story ends. This choice is often linked strongly with genre. A mystery? You will probably want to let the audience in on whodunit. Romantic Comedy? Do we need to know if the meet-cute ends in a long-term relationship, or will the main character decide to choose none of the romantic options and head off on their own? A drama? Perhaps just a hint of hope for the protagonist’s future growth and evolution. Horror? Maybe a suggestion that things are only going to get worse. Straight-up comedy? We’re happy to be left on a note of continuing chaos.

What we want the audience to feel at the end comes right back to the themes we have chosen to explore and what our worldview is for any given idea. What’s on our mind should be seamlessly integrated into the storytelling, so that anyone encountering the material will tune in to the intent, even if they cannot put it into words. (After all, that was the writer’s job.)

The Ever-Evolving Nature of the Screenplay

You have finished your first draft, paying attention to all the building blocks mentioned in this series.

Your final task, then, is to remain open to change. There may be no more fluid form of artistic expression in the world than the screenplay, subject as it is to further interpretation by a team of technicians, actors, directors, and money. In the perfect world, your work has led to this next stage, wherein the screenplay will, indeed, be brought to life on locations and soundstages. Each element involved in this leveling-up may well require you to go even deeper into the possibilities that your story contains. The producer’s vision may be in conflict with the director’s and both sensibilities are being thrown your way. An actor drops out and the part needs to be refined on the page to accommodate the replacement.

A location is lost and now the intent of a previously-written scene needs to be re-imagined in a new place. All of these things and more may occur while your script is being brought to the screen. Happily, though, in this case scenario, you are being compensated for your artistic flexibility and sense of play.