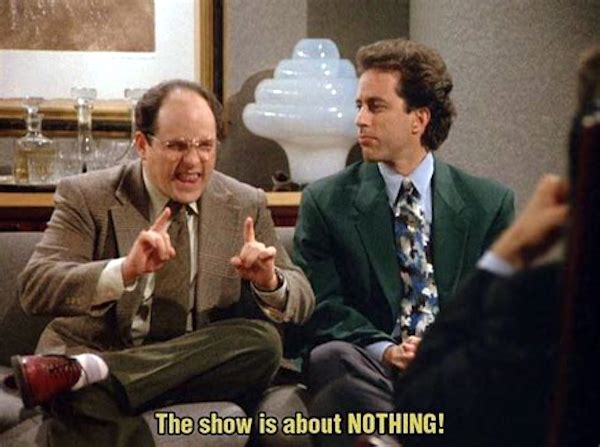 How To Craft A TV Series Pitch (Part 1)

By all accounts, we are still in the golden age of television. TV writers are in the peculiarly enviable position of being spoiled for choice in terms of studios currently producing television. Writing a quality TV pilot is only the first step of the process of getting your TV pilot sold and produced. Pitching your TV series shouldn’t be an afterthought. Writers need to develop their pitching skills to entice the powers that be to greenlight their TV show.

There are key components that must be included in any TV pitch. We’re going to dive into those elements in an order that makes sense, and in an order that some networks and studios will want to hear your pitch executed. Personally, however, I believe that each TV writer needs to discover the best way to craft and execute every pitch in the best way that suits that particular project.

By answering the key components below, you will be at the beginning of developing your pitch. The next step is writing and rewriting to make it sound good because ultimately, your pitch is a sales tool. While your concept and overall TV series must be clear, it also must grab the attention of the listener, be entertaining, and evoke emotions.

What is your PERSONAL CONNECTION to the material?

This section of the pitch is the one place your buyers can get to know you. Keep it brief, but interesting. You are not only selling your TV series, but why you should be the one telling the story.

Think in terms of why you are passionate about the material and how you are connected to it on a personal and/or emotional level. What inspires you about the story or characters? What is your specific POV? What you are trying to say?

At times, you may actually be very connected to the material, for example, if it’s a show about your family. Or how you grew up in a cult. Or your career as a neurosurgeon. Obviously, this makes you deeply connected and the best person to tell your story.

But what if you’re writing about a serial killer, or a vampire, or a character from the 1800s? This is where you have to challenge yourself to be more original because a lot of TV writers can go into a room and say they are obsessed with horror novels. You need to go deeper.

Find a unique story or anecdote that is personal. Maybe you were bedridden and missed school for an entire year and so you did nothing but read Stephen King novels? Then you discovered he was also ill and bedridden for a year and that’s when he started reading horror and then writing his own stories, which inspired you to do the same thing. You can also dig into a character you relate to who is like you or talk about the themes that you are reflecting which connect to your life.

Another way to think about this is by asking yourself what the noisiest, loudest, sexiest part of your idea is that will grab someone’s attention and makes their eyes light up? This would usually be the way the network would promote your show. It’s what would probably be illustrated on the poster. The hook or high concept is also the first thing you would say to someone when you’re explaining your idea.

For example, if you were to pitch a TV show about a drug dealer who cooks meth, that’s not super exciting. In fact, we expect a drug dealer to cook meth. But if you start telling me about an average middle-aged family man with a wife, a kid with special needs, and a baby on the way, who teaches high school chemistry and ends up cooking meth to make ends meet and then becomes the biggest drug kingpin in the world, I’m listening. This is a character I haven’t seen before. It’s a unique way into a world we’ve seen before.

Google Chess TV shows and what comes up is The Queen’s Gambit. Google chess movies and a lot more than you think will come up. But even TQG is unique in comparison to those movies, most of which, but not all, center on a male lead. A female orphan chess prodigy competes internationally in a male-dominated world while trying to battle her addiction.

What is the WORLD/ARENA of your show?

What is the world of your show? Get specific, because this is not just about location, but arena, time, and place. Therefore, simply saying Seattle or Oklahoma isn’t specific enough. Nor will it be interesting enough. Think about the TV shows you watch and what world they exist in. Audiences want to see inside a unique world that isn’t theirs. It fascinates us. Think of Succession in present-day New York City. The world is an inside peek at the one percent’s massive wealth, privilege, power, and influence.  It’s fly-on-the-wall, voyeuristic access and insight as to what actually happens on those helicopter rides, high society, and the wealthiest, most powerful businessmen on Wall Street. And we get a front-row seat into the ruthless family power-dynamics of a Murdoch-like media dynasty.

What is the LOGLINE?

This can be two to three lines that clearly and economically explain what your show is at the core. There are a million ways to write a logline. Here is one technique:

We’ll look at Dead To Me as an example.

Goal – to move forward after the death of her husband

Logline:  Following the death of her husband, a grief-stricken, rage-filled housewife forms an unlikely friendship with another woman in her grief counseling group.

(You can easily write this logline from Judy Hale’s POV too — and it’s probably a bit stronger. Judy befriends Jen with the goal of trying to make her life better in order to make up for killing her husband.)

This is something to include early on in the pitch, so the listener(s) have a framework for hearing the rest of the pitch.

What is the TONE of your series?

A lot of writers use comparisons to give the listener(s) a framework to visualize the totality of the show. For example, the tone of our show marries the risqué wildness of Claws with Dead To Me’s sophisticated mystery. You don’t want to give more than two examples of comparable TV series. Otherwise, it’ll get muddy.

After establishing the tone you want to make sure that the tone of the show is illustrated throughout your pitch in the story and characters.

What THEMES will your TV series be exploring?

Talk about the universal themes that you will be exploring in your show. How will you handle a theme in each episode? Will there be a new theme per episode? Or will you be exploring several themes over the entire season?

The Crown explores several themes throughout every season – power, duty, sacrifice, country over self, family, and love. The show also beautifully explores specific themes in each episode, often when something dramatic is happening in the world, politically or otherwise, reflecting a character’s current emotional state.

For example, in S3 ep. 7 “Moondust,” the main headline in the news is the American astronauts going to the moon and then returning. This huge victory for mankind reflects and exacerbates Prince Philip’s mid-life crisis, which comes on the heels of his mother’s death, something that is actually revealed late in this episode.

The remarkable event of men landing on the moon causes Philip to feel longing and regret over the pilot career he was forced to give up. His mourning over his own lack of achievements is exacerbated when one of his upcoming duties is to give an award at the British Concrete Society. There is so much more to this episode, and I strongly encourage you to watch it because there are so many layers of theme within the other storylines – loss of faith, regret, search for meaning, and grass always being greener on the other side. But I digress. You don’t need more than a few lines to explain how you will address themes in your series and in each episode.