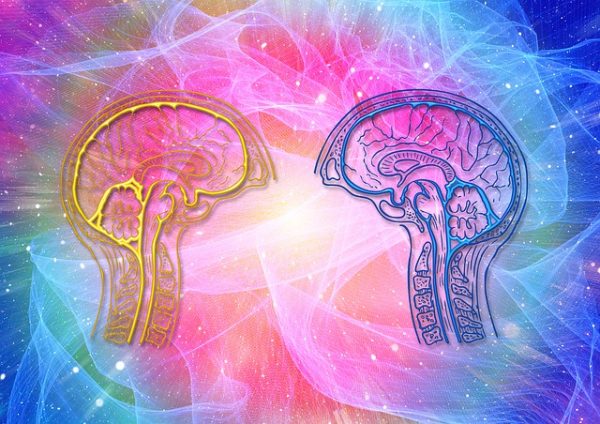 How To Use Cognitive Bias To Layer Your Characters

Well-drawn characters in storytelling are defined by four key components – their goal, their motivation, their obstacles, and the consequences of achieving (or not achieving) their said goal. These are the basis of the plot in your screenplay. However, good screenplays are defined by layered, complex characters more than the storyline. For screenwriters, complexity means adding positive and negative traits to your characters to make them feel more human. Even deeper, dissecting how your characters think makes them all the more satisfying. That’s where cognitive bias comes into play.

Character enhancement adds layers to your characters to make them more individual, specific, and engaging. Their actions are mainly influenced by their environment, their backgrounds, and belief systems. These are often apparent on a superficial level. For instance, a character who was raised in an abusive household may, in turn, become an abuser or more empathetic. We try to establish a simple cause and effect relationship to help readers better understand what is driving the behavior and choices. But we all know that humans aren’t always that predictable.

On a richer, more nuanced level, characters have inbuilt biases – either conscious or subconscious which distort their thinking and shape their choices and decisions. A bias can be subtle or overt, positive or negative. Bias is an inclination, tendency, leaning, preference, or opinion that is based on preconceived or poorly-reasoned thinking. It is based more on our life experiences (learned, hence the terms cognitive) and preferences than objective fact. Some academics argue that cognitive biases are a rapid sorting system to ensure our survival.

For example, a shopkeeper may have an experience where a short person shoplifted from them on several occasions. They never caught them in the act, but always suspected them. Consequently, they developed a cognitive bias against short people. They may ban short people from entering their store or they pay undue attention to them while they are there. They have a rationale (albeit misguided) for their behavior.

This article explores some of the main types of cognitive bias that can help you write more textured characters.

This occurs when characters place too much emphasis on the first piece of information they hear regardless of quality. An example of this type of bias might occur in TV shows where schoolkids play detective and are convinced that the first suspect (someone that the saw at the scene of the crime) is guilty.

An opposing type of bias to this is known as recency bias. It is a belief that the newest information is right regardless of quality.

A heuristic is a conclusion drawn mainly from speculation and preconceptions. It is designed as a mental short-cut by drawing on easily-recollected information quickly, and not necessarily a bad thing. Think of it as drawing conclusions based on a gut feeling or filling in the evidence gaps. What might you conclude if you see a masked person hiding in a dark alley holding a gun?

As its name suggests, this type of bias is based on the information that is available at the time. Not only might your characters draw the wrong conclusion, but they may overestimate the importance of the information they have. The information might be deficient, incorrect, or simply missing. Going back to our dark alley example, an availability heuristic might suggest malintent.

We the sheeple. This type of bias is also called ‘groupthink’ where an opinion shared by the majority of the group suddenly becomes the prevailing opinion. This can be seen in film courtroom scenes where the sequestered jurors’ verdicts coalesce into a single verdict.

Conformity (or herd mentality) is a similar kind of bias where characters behave like their peers in order to be accepted into the group.

This type of bias is a result of excessive ego. It can result from overconfidence and insecurity. It is basically the inability of a character to see their own faults and limitations but only sees them in others.

Blindspots also occur when a deeply trusted friend or family member is accused of something and a character refuses to believe the accusations because they are too close to the situation.

We see this all the time in partisan stories. Confirmation bias occurs when a character filters out information that doesn’t support their preconceived ideas and beliefs. Going back to our earlier example of the short shoplifter, the shopkeeper might overlook a tall thief or dismiss a tall person theft as a misunderstanding or forgetting to pay. On a more extreme level, confirmation bias occurs in a character who deliberately ignores any evidence that contradicts their point of view.

Choice-supportive bias is similar to confirmation bias. It refers to a character believing their ideas are true because they belong to them, despite the flaws in their reasoning.

Congruence is another type of bias that selectively tests hypotheses most likely to support a character’s case.

Information bias occurs when a character seeks out all levels of information, no matter how low the quality, to validate their point.

This type of bias is a feature of characters resistant to change. It also relates to the fear of the unknown. A character may be aware they are in a less than ideal situation, but the alternative might be worse.

Conservatism bias differs from other types of bias which skew toward leaning toward personal beliefs and morals because characters know that their current belief is flawed or wrong. They refuse to enact change. Think of characters who prefer ‘traditional’ technology they know and are comfortable operating even though they know an upgrade will make their lives easier. They are simply slow to process and accept new information. They may even treat it with suspicion. On a plus side, conservatism also creates a sense of nostalgia, simplicity and comfort.

Conservatism bias is related to status quo bias where change is unwelcome and characters prefer things to stay the same. Think of those office scenarios where the boss says, “We’ve always done it this way.”

This one is all about the context in which information is presented to a character. It’s a great tool in crime and legal stories that rely on hiding, masking, revealing, omitting, and misdirecting characters to formulate a desired conclusion.

This one is self-explanatory. It refers to characters who abide by the mantra of ignorance is bliss. Less is more. They bury their heads in the sand because no news is good news.

We’ve all heard of this one. A character accuses someone else of various actions – all pertaining to another character. You drink too much, you don’t study enough. These represent aspects of guilt and shame. Then they compensate (or overcompensate) with elaborate apologies.

Assumptive bias is an adjunct to this. It occurs when it is assumed that all members of a group hold the same value and they ‘project’ them onto each other.

This is a particularly insidious type of bias when characters make umbrella decisions and generalizations about an entire population based on the (actual or perceived) actions of a few. Referring to our previously mentioned vertically-challenged shoplifters, the perception that all short people steal (or more likely to) results in jumping to ill-informed conclusions.

Not all biases are negative. Imagine if short people united to declare they are no more likely to steal than taller people? The pendulum swings the other way to counter the negative preconceptions of short people in an effort to balance the playing field. #ShortLivesMatter. Sometimes this well-meaning compensation bias can overshoot.