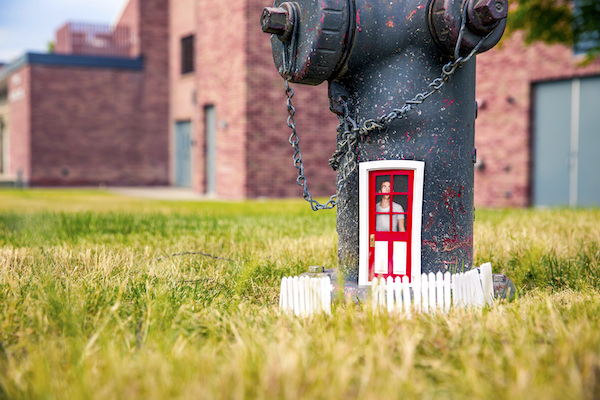 How To Write A Contained Film

Contained films are restrained stories that have traditionally been limited to the horror/ thriller genre. They are characterized by having few characters (often three to five, sometimes as few as one), no more than one or two main locations such as a haunted house, and a skeleton crew.

Most importantly, they are filmed on shoestring budgets. Their low production budgets and relatively short shooting schedules (often two to for weeks) can be their main selling and their marketing hooks.

Today, the simplest definition of a contained film can be reduced to the spatial confinement of its characters. This physical restriction allows such films to play into our fears and anxieties about being trapped and unable to escape to safety. That is why “contained thrillers” are the most prevalent of the contained film genres. The entire conceit of being trapped lends itself to various storylines especially during the interactions of the antagonist with the protagonist. The protagonist has to figure out how to escape as the antagonist prohibits them by using traps, weapons, monsters, or other forms of danger.

Horror movies tend to be metaphors for our fears and anxieties, while thrillers rely more on emotional manipulation via the creation and release of tension, surprise, and suspense. They make audiences squirm and feel uncomfortable because they’re unsure what will happen next. That’s why horror and thriller movies make great contained genre hybrids.

Contained has become its own genre

Contained films have conveniently been maligned as cheap and insignificant like their low-budget horror counterparts.

They have also been considered to be gateway films to introduce emerging talent into the industry. They are often marketed as being made by first-time directors or starring relatively unknown cast.

There is some truth to this statement. An A-list actor will rarely reverse engineer their careers and star in a contained movie (although they may star in a higher-budgeted indie film to get it made).

These stories also lend themselves to one-off films or can spawn franchises like Saw (2004) and The Purge (2013). Contained movies can also be adapted into longer-form stories as television series as is the case with the latter example.

Is an alien movie set in a space-ship contained? This is a matter of semantics. If you have access to an unused Star Trek set you can use for cheap or free, perhaps it is. The same reasoning applies to Titanic (1997).

Contained movies don’t mean our creativity must be stifled. On the contrary, physical location parameters should unleash our creativity, not curtail it. Screenwriters should still tell universal, expansive stories in a contained world. Exotic locations are exchanged for more intricate character work. Common examples of contained films include Panic Room (2002), Phone Booth (2002), and Disturbia (2007). Chris Sparling’s Buried (2010) is set in one of the most ingenious locations for a contained thriller – most of it was set inside a coffin.

Given that there is less room for cinematic spectacle in contained stories, here are some ways for screenwriters to enhance the grip of their screenplays:

Constraints Don’t Have To Be Constraining

Since your characters can’t veer too far away from their main location, make this physical limitation part of the story. The characters have more time to focus on the problem and the central theme of your screenplay. They also have more time to contemplate their lives and their choices surrounding it.

Think about how being confined affects your characters’ perception of the problem and their reactions to it. How do they grow as people in a way that they might not have otherwise? A forced contained experience should profoundly affect your characters.

Screenwriters should extend the scope of the contained film genre. Consider Mark Hammer’s screenplay Two Night Stand (2014). Catchy title aside, it tells the story of a couple forced to extend their one night stand into an additional night following a blizzard storm. Many of the tropes of contained thrillers still apply to this contained comedy.

What about Seth Rogen’s This Is The End (2013)? A group of celebrities is trapped in James Franco’s house following a series of potentially world-ending events. The group must face the end of the world while facing themselves head-on through comedy.