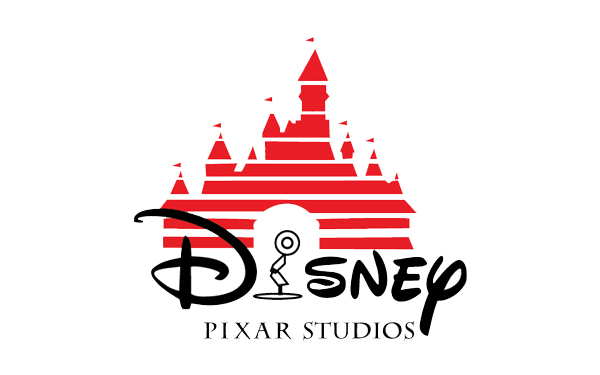 Jessica Julius is a Walt Disney Animation Studios creative executive who has worked on hits including Frozen, Tangled, Big Hero 6, and Wreck-It Ralph. She’s now involved in developing Frozen 2 with the filmmakers.

Since Disney bought Pixar in 2006, and John Lasseter became chief creative offer of both studios (as well as Ed Catmull serving as President of both Walt Disney Animation Studios and Pixar), the venerable studio has completely changed how it develops movies.

In 2014, Disney won its first Oscar (for Frozen) in the Animated Feature category – a category established in 2001. The following year, the Disney Animation film Big Hero 6 brought home the Academy Award.

Jessica attended the University of North Carolina, where she majored in communications (with an emphasis on film) and minored in women’s studies.  She came to development work after stints as a publicist and in a talent agency – and after selling home security systems door-to-door in LA.

I spoke to her at the Austin Film Festival.

“The way that we do development at Disney and Pixar is very different from the way they do it anywhere else,” said Jessica.

“We have a team of directors at Disney Animation who form our “Story Trust.” It is a filmmaker-driven studio, not an executive-led studio. Our job as creative executives is to help support the directors as they’re coming up with their ideas and then developing their ideas.”

“When a movie comes out in theaters the directors help promote the release of the film around the world, they then take a little break, and then come back into development. They don’t necessarily have any idea what they want to do next. Some do, some don’t. And the culture at Walt Disney Animation Studios allows for that.

Jessica and the other creative executives help support the directors as they figure out what they want to do with the next five to eight years of their lives — the time it takes to create a Disney animated feature.

“Every director is different. Some want to talk from the very beginning. ‘This is the kind of theme I’m interested in. This is the kind of world I want to play in. I’m really intrigued by X.’ We’ll help them talk through it and we’ll do research for them.”

“Research is a huge part of our process,” said Jessica. “In the case of Wreck-It Ralph, that director [Rich Moore] knew he wanted to tell the story of a videogame bad guy. So we already had our world: video games. We had to learn everything we could about video games, from Pong onward — and even before Pong.”

“The further you drill down the more specific your research gets. On Big Hero 6, for example, the director knew that Tokyo would be an influence on the setting but he had never been there before. So we sent him and a small visual development team to Tokyo to absorb that city.”

“Later on we brought in biologists who specialize in teenagers, so when Baymax [the medical robot in Big Hero 6] brings up a chart for 14 year-old Hiro – the central character – we have helped make sure the dialogue is accurate.”

Jessica’s job also involves finding the right writer(s) to match with the director.

“We do things a little bit differently. We’re constantly reading scripts. The difference is, we’re reading for the writer’s voice — not for the material. The directors are coming up with their own ideas; it’s not our job to find them ideas. So we get to read a much broader range of scripts than we would if we were just looking for material for Disney Animation.”

“The writer might have a fresh voice or the kind of tone or humor that we’re looking for. The main things we’re looking for in writers are always humor and heart. You can’t make a Disney Animation movie and not have those two elements. So we tend to read a lot of character-driven indie-type stuff.”

“The writer we hired to do Wreck-It Ralph we had read four years earlier. We have a list of people that we know we like – we like the writers, and we like the writing. If we like a script we generally will bring the writer in to do a general meeting with the director and the creative executives.”

“We want emotionally-driven, character-driven movies that have humor. So that’s what we’re looking for.”

“It’s a very specific type of person who will work in our world,” said Jessica, “because it’s a very different process. They have to have the personality and sensibilities that will fit with our people.”

“It’s also important to not have a prickly personality. You have to play well with others. Some people become writers because they don’t necessarily want to have to interact with other people directly – just via the page. They want to write in their own world.”

The first draft of the script is distributed among a small group of people. Some of them, including Jessica, will write notes on the script before a table read. Then after the table read the team gathers and gives notes verbally.

Jessica said that notes might include “This character is working” or “This emotion isn’t landing right” or “I don’t understand why the characters are doing this.” However, none of these notes – no matter who within the team gives them – are considered mandatory for the filmmakers to implement.

“You start to see patterns in the notes– consistent problems or questions. Those are the areas to focus on for the next iteration.”

What’s This Movie About?

Jessica’s notes tend to focus on theme and character.

“If I don’t understand what your movie is about and why you want to make this movie I have a really hard time wrapping my brain around the rest of it. So that’s always my starting point. And then characters are next, because characters need to support the theme and those two things are very much intertwined. From there, I get into more structural-type notes like where things are landing and why.”

“I love digging in and talking about story. I’m not a huge fan of written notes personally, mainly because to me a story is never black and white. I love the back and forth, the solutions you can uncover during a deeper discussion about the notes.”

How should writers respond to the notes?

“Writing, especially screenwriting, is rewriting. It’s never the first draft. The people who are in that room giving you notes are there to help you make it better. We’re not there to tear it down just for the sake of tearing it down. The key thing is hearing the note behind a note.”

The Note behind the Note

“Here’s an example from Frozen. Early on, there was a question of what Anna really wants. There was a point where she wanted to leave Arendelle and sail away. Some of the solutions that came up were like, ‘maybe she wants to go exploring.’ And that wasn’t the right solution. The note was ‘Why does she want to get away from Arendelle?’ But the note behind the note was ‘What does Anna need and want and what is best in service to this story about these two girls?’”

Jessica noted that many of the conversations the creative team had about Frozen were extremely personal.

“I would come home and tell my husband, ‘I feel like I’ve been in therapy for eight hours every single day for the past three months.’ You’re talking about deeply personal things because you want to get at the true emotion of what’s happening.”

“It’s always therapy. All of our movies are personal. Every single one. They are often comedies, but they are always deeply emotional at their cores.”

A Flipbook Come to Life

At some point, when there are pages and pieces of the script, the artistic team becomes “visual writers.” The roughly-sketched scenes are cut together by an editor who adds temporary sound effects, scratch-style dialogue, etc. The team can then watch the movie as an animatic.

“It’s like watching a flipbook come to life,” said Jessica.

The rough animatic version of the movie is screened before what Disney calls the “Story Trust.”

This group is made up of the other directors and writers in the building, plus the creative executives and senior leadership like John Lasseter (the Chief Creative Officer at Pixar and Disney Animation). There can be anywhere from 15 to 30 people in the room.

“Our job is to support, not dictate,” said Jessica. “We offer notes and idea-spurring suggestions.”

Building Up, Not Tearing Down

“At the early stages of the film the questions are like ‘What exactly is this movie about?’ Because your theme gets a little muddled as stuff goes in.”

Getting Back to Work

What happens after the Story Trust feedback?

“You immediately go back to work. You start taking the notes you heard and saying ‘We need to figure out this, this, and this.’ There are goals — areas to focus on for the next screening cycle… Because you can’t fix everything all at once. We do try to fix everything by the time the movie is released.”

Throughout the development process there are six to 10 repetitions of the cycle: screening, feedback, changes.

Jessica said that one of the greatest moments is when the story artists and other members of the creative team say “She wouldn’t do that” with reference to a character.

“That’s when you know it’s working — because you’re starting to understand who the characters are.”

How do they know when the movie is done?

“It’s never done,” said Jessica. “There’s never a point where you feel like it’s perfect. And we want it to be perfect. You’re pouring your heart and soul into this movie. But there’s a certain point where you say ‘that’s working and now we have to move on to the next thing that’s not working.’ But we work as hard as we can to make sure that it’s as good as it possibly can be.”