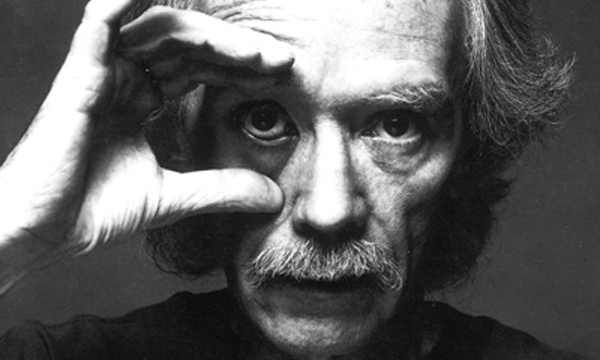 “It’s Always the Story” – The Craft of Carpenter

One of the undisputed masters of the horror genre, John Carpenter is a director who straddles the line between mainstream and cult filmmaking. His most personal work, including John Carpenter’s The Thing, Halloween, and less successfully, Prince of Darkness, is permeated with a sense of dread and the inevitability of violence. Carpenter’s feature writing credits include Dark Star, Assault on Precinct 13, Halloween, The Fog, Halloween II, Escape from New York, Black Moon Rising, Prince of Darkness, They Live, Escape from L.A, and Ghosts of Mars. While he tends to collaborate with other writers on his films, and nearly all of his best films have been co-written (working with Debra Hill on Halloween and Nick Castle on Escape from New York), Carpenter is a staunch defender of the auteur theory, arguing that he normally has more personal impact on a film than any other collaborator.

Tell me a little bit about your early days writing for hire in Hollywood, before you made Assault on Precinct 13 in 1976.

Well, I came out of film school having made this really low-budget SF comedy called Dark Star. It didn’t impress anyone in the business and didn’t do any business. So my father said, “Look, you’ve got to figure out what you want to do with your life here. You can’t just keep sitting around and dreaming.” So I had to make a living, and one of the easiest and best ways was to write. You can get a lot of money for writing and never get anything produced. My first gig was selling an original idea to Columbia, which became The Eyes of Laura Mars. For the treatment and writing the screenplay I got an enormous whopping check–$19,000. Wow! This is a great living. So, I went from there and worked on anything I could to stay alive, because it paid so well. I’d usually get two or three months, sometimes less, to write a screenplay, so I’d sit down for the first couple of weeks and do a treatment. Then I’d party for about two months and, when the deadline was coming up, I’d spend about a week banging it out and turn it in. Once, I had to do one in a night. That was the toughest. I had to crank it out. Wow! I lobbed it in there. But it was a great way to make a living and a great lifestyle, too.

How has the business of writing in Hollywood changed?

Well, the kinds of movies that are being made is a big difference. It’s a totally different world. First of all, that wasn’t an electronic world. Everything relied on the typewriter, which I’ve never been able to do without. I still can’t write on a computer, I can’t handle it. I have to be able to visualize a script page. I time the screenplay by how many script pages there are, and I have to look at them to see the pacing and structure of the story. The process is the same, though. I mean, sitting down and writing, creating something. But there are a lot of how-to books now. I don’t know if you’ve noticed them-[Laughs] I think they’ve even got script structure programs that you can hurl at a problem and then come up with something. That would have been a dream back then, because the toughest job of all is figuring out the essentials of a story.

Have the people changed?

Yeah, big. I started in the early ’80s when a lot of these folks came from television at Universal and Paramount. They were all TV guys–Eisner, Katzenberg, Diller, and Scheinberg over at Universal–and they all brought TV ideas with them, which was different from the old-time studio guys. Now you’ve got the Wall Street types and these young kids–young geniuses. All the old timers are getting booted out. Everybody’s seen all the old movies on video and TV and they’re continually picking over them, stealing ideas from them. Development people are really smart about certain things. About what works… and in general there’s a lack of daring. Nobody’s trying anything.

Your writing career started out really solid and then went into a lull. You didn’t write anything for five or six years in the ’80s.

Well, I wrote under some pseudonyms. I used those because I got really tired of seeing my own name on everything. He did this, he did that, he did this… I think the height of that was somebody showed me a big billboard of Christine. I looked at it and my name was repeated over and over, and I thought I should be ashamed. It was above the title, then it was repeated, then it was the music, then it was the director, then it was–my God! What arrogance.

Text of Poster for Christine

Before Prince of Darkness and They Live though, you didn’t write anything for a number of years.

After Escape [from New York] I was only the director on several pictures. I didn’t get back to writing until ’86 or ’87 because the last time I tried to write something I ran into a third-act problem. Writing isn’t very fun. You really have to believe in what you’re doing and you have to get inspired to do it. And I was enjoying directing–it’s fun to be a director.

One thing you’ve said is that remakes and sequels are the hardest films to make. Why do you think The Thing succeeded and Escape from LA failed?

Succeeded in what way? I mean Escape from L.A. made more money than The Thing.

Kurt Russell as Snake Plissken in  Escape from L.A.

That’s true. I’m thinking as far as its being a good film.

Well, give it a few more years. Escape from L.A. is better than the first movie. Ten times better. It’s got more to it. It’s more mature. It’s got a lot more to it. I think people didn’t like it because they felt it was a remake, not a sequel.

I guess part of my problem with it, was I-

You loved the first one, you’re nostalgic-

I loved the first one, and it seemed like every element that I loved was photocopied in the second–a little blurry, but the same.

I suppose it’s the old question of whether you like Rio Bravo or El Dorado better? They’re essentially the same movie. They both had their strengths and weaknesses. I don’t know–you never know why a movie’s going to make it or not. People didn’t want to see Escape that time, but they really didn’t want to see The Thing.

But that’s had a whole second life on video, actually a third now on DVD.

Yeah, but you just wait. You’ve got to give me a little while. People will say, you know, what was wrong with me?

We’ll come back in ten years.

(laughing) I liked ID4? What was I thinking?

That would be fun. You’ve spoken a couple of times of your apocalyptic trilogy: The Thing, Prince of Darkness, and In the Mouth of Madness.

Because in the past you’ve said that you don’t think it’s possible.

Well, I think you’d have to change it a little bit. Although, I’ve re-read a couple of his stories and maybe you could do them as period pieces. I think there are a couple of stories that you can’t do. You can’t do “The Outsider,” because it’s internalized. You can’t show it, because the whole point is the last sentence. One of the great things he did as a writer was he would scare you with the last sentence. Oh, my God. That was the boo, that was the shock. But there are a couple of great stories you could do. You could do “The Color Out of Space.” You may want to update certain things but that’s a great one. His idea was the horror is so great that you can’t stand to look at it. I think you could create something, with a little work, that would be amazing.

Right. One thing you said about not being able to do an inside story: just about every Lovecraft adaptation has done it from the outside. They focus on a character, like a private investigator, who’s coming into this strange world–a fish out of water. Wouldn’t it be more interesting to do it from the other side, to write the film from the inside perspective, maybe something more like a Rosemary’s Baby, where we’re focusing on the character whom everything happens to.

I don’t know. I’d have to think about it. I’m thinking about “The Dunwich Horror,” one of the characters on the inside experiencing it all? Maybe. I think I would always worry that the audience wouldn’t have anybody to relate to. I think that’s why the outsider that comes in… that’s why Lovecraft did it so much, because that represents the rational modern thinker who goes into this irrational world.

But if you look at Rosemary’s Baby, she’s an outsider who’s brought into this, but it’s happening to her. I think that’s the difference.

That’s correct. As opposed to the guy who investigates it all. That’s an interesting thought.

I don’t know. We’ll just see. I’ll know it when it comes along. But again, it’s always the story. That’s the big thing. You have to come up with a great story.

John Carpenter on The Thing

John Carpenter also talked extensively with Creative Screenwriting about his film The Thing. Click Here for the interview.

Erik Bauer is the founder of <i>Creative Screenwriting</i> and Screenwriting Expo, and was editor from 1994-2005.