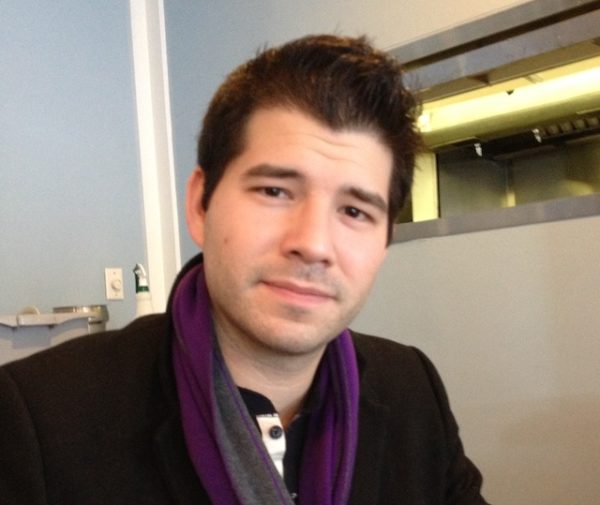 Jordan Barel has worked in a variety of role in the film and TV industry. He is currently a writer, producer, and lawyer at Loaded Barrel Studios, which specializes in turning comics and graphic novels into films. He shared his insight with Creative Screenwriting Magazine.

What made you launch Loaded Barrel Studios?

I had made my first short film with my brother, Jared Barel, in 2005. It was a sci-fi dystopian film that required a lot of creativity to accomplish with such a tiny budget and unfortunately didn’t have much traction because of that. As I was graduating college and deciding my next step, Jared and I wanted to continue to make large-scale blockbuster style projects, but we knew the financial problems we were up against. Seeing as how he had his master’s in graphic design, and we had other stories to tell, we decided to create Graphic Novels of the ideas. It’s a medium that we could make on a budget and control the storytelling process from start to finish without compromising the quality. So, in 2006, I went to law school to study corporate and entertainment law to protect our rights, and we went into production with our first comic and Loaded Barrel Studios began.

How do you fit into the wider film industry?

It’s an interesting question as to how a comic/film company is separate and unique from its contemporaries. For us, I can say our strategy for development was a little backward compared to others. We were both passionate filmmakers who tried to apply that story structure and feel to comics with the intention that those comics would be easy to deliver to film companies to produce the content. Sort of an attempt to speak the same language to studios and producers. As it turned out, that had a resonance with comic book fans as well. So I guess to simplify this answer, we were unique because we were a film to comic to film company in that we aspired to make films that we ended up producing in comic form that will then influence and inspire us to create films from those comics. Or if we make the film first, we can reverse engineer the stories make comics from those films.

Currently, we just produced our first feature film which had nothing to do with comics called The Incoherents. It was just a great story.

What genres do you work in?

The comic component of the company works mostly in the horror, action, & sci-fi genres, but as filmmakers, Jared and I have produced dramas and comedies as well. The Incoherents is a comedy about Rock ‘N Roll.

Thematically I’d say it is concept-specific, but personally, I enjoy stories about ambition, power, corruption, and morality. The more universal, the better.

What types of stories best lend themselves to the comic/ graphic novel space?

It’s funny because this answer used to be traditionally simple: superhero stories. But the medium has so vastly changed over the course of a generation. Now you get stories like I Kill Giants, Maus, Return Of The Dapper Men…. really anything. The more exposure comics got with increased popularity, the more creators got involved, the more types of stories were created. Now comics have wonderfully suffered a bit of ‘genericide’ (to use a trademark law term), in that “comics” doesn’t mean type of story anymore, but a medium of story. Do with that what you will.

What are the benefits in working in the comic/ graphic novel space vs live action?

Well, our comics are live-action, in that we shoot with real actors on real locations (or green screen as needed). That’s allowed us to keep that cinematic feel. But still, the film vs comic difference is striking. You work with amazing actors that bring the characters to life, but then the post-production process in comics allows us to curtail every sense of movement, character, location, scene construction, etc. What sometimes is problematic in films is when you film a scene and later discover what you wished could be different once you’re in post. Here we can manipulate every component to right any wrongs.

What are the challenges in adapting these properties into film?

I think it’s no different than any content creator trying to make a film: money and support. Whether we’re talking about studio or production company involvement, the right actors on board, the right amount of money, the proper deals. As someone who also writes feature screenplays, I genuinely see no divide in trying to get either a screenplay or a comic off the ground.

I will say comics have the added visuals and quicker speed in digesting. I worked for a literary agency and the amount of reading per weekend for new content is staggering. When a project came in that was a comic, I would jump at the chance to read it just because it was simply a faster and easier way to digest material.

How can budding screenwriters (both who can and cannot draw) enter this space?

Writers who can draw: assuming you understand layouts, graphic design, etc. do it yourself. Reduce the cost of production down to nearly zero by being a one-man band. Don’t think that because this will take you longer to make your vision it’s the wrong move. It’s not. Just take your time and do it yourself.

Writers who can’t draw: go to any of the major comic conventions (NYCC, SDCC, Wondercon), walk around to the artist alley, or just talk to all the booths, and ask a thousand questions. If you can afford it, you can hire the real deal pros. That’s the cool part of comics vs. Hollywood: you can get the high-end pros to make your project with a reasonable amount of money and collaboration.

You also have an interest in the TV space. How did this come about?

While I’m primarily a feature film guy, I think TV has always fascinated me. My first job in the industry was working at Business Affairs for New Line Cinema in NYC. But when I moved to LA, I ended up at Business Affairs at AMC during the final season of Breaking Bad, which was a very exciting time to be there. It exposes you to the inside of a creator-friendly studio which is incredibly inspiring.

Then I moved to work at a literary agency, Verve, and I worked for the head of TV there, Amy Retzinger, who was not just an incredible boss, but also incredible at her job. Eventually, I was promoted to be the TV Coordinator there. But all of that came out of my aptitude for the position, not really my passion for television. However, it was while I worked for TV writers and directors and my time at AMC that I was reading and watching the most TV content, seeing scripts turned into pilots then turned into series. It’s very hard to watch that firsthand and not want to be a part of that in some way.

How does a TV executive evaluate a TV script from a new vs an established TV writer?

That’s a nuanced answer depending upon the executive and network for sure. But from what I’ve seen and experienced, I think it’s reductive to the basics: story, content, timing, and money. How good is the material? How similar is the content to what we already have? How timely would this show be? Can we afford to develop this at this time?

What is the minimum a TV writer should have before they start pitching?

For sure the content: pilot script, bible (which should have episodes and season arcs in it)

But assuming that’s great, it’s the recipient that matters most. Do you have representation that can set you up with pitches? Do you have your own industry contacts you can call? Unlike films, TV requires all the systems of the industry to make it go. Independent TV hasn’t quite been as successful as indie films.

The best pitches don’t always make the best stories, but I like the pitches that are super-easy to share with others. There was that movie, I think The Box, “What if you could push a button and get a million bucks, but someone random would die?” It doesn’t tell me what will happen in the movie, but I can talk to others about that.

As for the worst pitches, it’s usually in the sci-fi space where people talk about entire civilizations, technology, aliens, superpowers, etc. with no simple story. Here’s a great one: “Star Trek but a comedy and the captain kinda sucks at the job” =  The Orville. The world in that show is complex and fantastic, but you can get to know that stuff later. Bad pitches fail at keeping it this easy to imagine.

Artwork from God Of The Machines (Graphic Novel)

How do you assess the current landscape in film, TV, and comics?

Two words: Wonderful Overabundance. I’ve never personally subscribed to the idea that too much content is ever bad. There is more TV than I can ever catch up on. More comics than I will ever read. More films than I will ever see. But I want to! And that “want to” for great content can never be satiated. So the more the merrier for all.

Where are there more opportunities for writers looking to break in?

More opportunities would probably be in the TV space. So many shows that all have TV writers’ rooms which mean more writers per project. As for breaking in to get representation/notice for yourself? I’d say features. That’s the route I went. I wrote a feature that got me representation and on The Black List. I think features offers the more “come-out-of-nowhere” path.

Is there a quote that best defines your personality?

It’s not just about sitting and writing. It’s about film study. It’s about working the job you may not like to pay the bills so you can write on weekends. It’s about re-reading screenwriting books, watching lectures, talking to other filmmakers. Great Basketball players work on their jump shot in the off-season. In between projects, work on your creative jump shot. Work on the fundamentals. Learning is hustling. Grinding is hustling. Patience is hustling. None of this is art, but it doesn’t mean you can’t make art doing it.