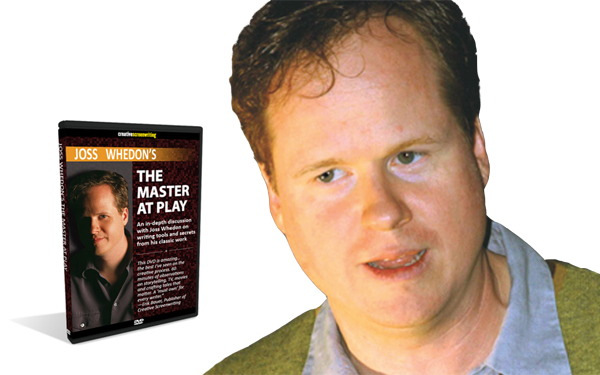 Joss Whedon: The Master at Play

Joss Whedon arguably needs no introduction. Screenwriter, producer and director, not to mention composer and graphic novelist, he is the creator of television shows such as Buffy the Vampire Slayer, Firefly, and Agents of S.H.I.E.L.D. On the big screen, his credits including Toy Story, The Cabin in the Woods, and most recently as writer and director of The Avengers and The Avengers: Age of Ultron.

The following interview is an edited excerpt from Creative Screenwriting’s Joss Whedon’s The Master at Play DVD, available to purchase from this website.

This interview has been edited for clarity.

What movies first inspired you: what really captured you and fired your imagination?

How much time do we have? There’s no way to answer that question, really. But you can pick some out… The Shining, for example. Which is not to me a necessarily great movie. But the infamous steady-cam shot behind his big wheel was literally the moment in my life when I went “Someone makes these, someone directed that.” It just opened up everything. So that was a big moment for me.

The big wheel scene from The Shining

How did your education at Wesleyan University inform the writer you ended up becoming?

Wesleyan is an extraordinary school. I didn’t actually study writing, I studied film genre, and film mythos, and Americana and film language, none of it in terms of writing, more in terms of mis en scene, and in terms of how things work holistically, and the mythic structures we base all our stories on

So it was incredibly useful. There is literally not a day when I don’t think about what I learned from those teachers. They opened up every genre and dissected it, and showed you their organs and where they went. And not just the genres but all the mythos that are inherent in every story that we tell. So it gave me an extraordinary clarity.

It also showed me that “this is what to expect from a musical,” “this is what a western is,” “this is how they’re different, this is how they belong together.” And this was incredibly important to me as well, because all the writing I do is genre writing. I don’t really know how to work outside of genre; it has a structure I find very comforting.

’92 Theater on the campus of Wesleyan University

I’m rather profligate in my mixing, and it turns some people off. I had a lot of trouble with the movie Buffy the Vampire Slayer, because I was so used to just having the comfort zone of television, where you have an exact understanding of the rhythm of the thing, when there is going to be a commercial, when there is going to be a next episode. So you can take different kinds of chances. But when I was putting the movie up in front of audiences, going from humour to horror to action to romance, that really threw people off.

Combining genres is not a new idea. Classic examples would be The Searchers, or Rio Grande, which have horror elements in them: they turn into horror movies for periods. And there are so many Noirs that have lovely musical numbers in them during what are dark gritty movies. So mixing genres has always happened, but in my case it is just genre salad. And to me the idea of blending genre is something we need in our genres, or they become ossified.

But if you’re going to do something that really upsets conventions, then you have to get inside the people watching, and figure out when they are ready for a joke, when they are ready for drama or horror… It’s like building a roller coaster: when is it time to go down, when is it time to go up? And you really need to watch an audience to do that. So the audience testing we did with Buffy was really useful, partially because the studio executives were really intelligent – and yes I just said that – and knew how to understand what they were hearing from the audience.

Buffy the Vampire Slayer didn’t quite turn out the way you intended as a film.

No, it did not turn out the way I hoped. But then I discovered that no movie ever would, as long as I was writing in Hollywood. The first in a long and painful education.

So when it came time to return to TV with Buffy, what did you want to accomplish?

It was never about “I’ll show them.” When the idea was first pitched to me, it was literally a Power Rangers kind of thing: they wanted to do a half hour afternoon show. And I thought that would be fun, but then started to wonder, what if we made it post-modern, what if we made fun of the horror convention? And I started to play with that a bit, and I began to understand the show, and the High School as metaphor…

It occurred to me recently that one of the main differences between movies and television is that movies are an answer, whilst television shows are a question. Movies make a definite statement. They want to explain and then they get the hell out.  Television, on the other hand, examines something, if you’re lucky, for seven years.

So Buffy the movie was very simply about a girl coming to power, and you can’t do that for seven years. You have to have a question, you have to have something that’s going to sustain. So I needed some sort of idea beyond what was basically the gimmick of Buffy the film. An empowering and sweet gimmick, but a gimmick none the less. And when I come up with the metaphor of High School as hell my career changed, and the way I write changed, and everything started to click.

How exactly did the way you write change?

I realised that I had begun the process of figuring out how to write as a grown up. As a child I wrote as a child. I was basically interested in just spinning yarns. And that’s fine for a while, but at some point you have to figure out what it actually is that you’re doing.

I believe, actually, that the beginning of my adult writing life started with Alien: Resurrection. As much as I malign the film – because it sucks – it was for me a real breakthrough as a writer, because I had to bring a woman back to life, and I had to do it convincingly, and that put me in touch with the idea of really examining genre in terms of the human condition. Not just creating metaphor, but really creating a total identification between the film and the audience, which for me is absolutely the most important thing.

Can you elaborate on that?

With Alien: Resurrection, I realised that if I was going to buy the fact that Ripley has come back to life, and the audience was going to buy it, I had to make it impossible. I had to make it as hard for Ripley to accept as it was for the audience. And that led her to her question of “Who am I?”, and that led to the character of Call, who was a robot filled with self-loathing. And when Call, who was played by the very beautiful Winona Ryder, says “Look at me I’m disgusting,” I thought I had hit on something that I had never really found before. This wasn’t just a yarn. I was talking to something that was very personal, that a lot of people go through. And I was doing it with a robot and a clone! So I was in heaven.

And ultimately that was the beginning of what Buffy the television show was, and the metaphor of High School as hell.

So, back to Buffy…

Writing Buffy and Angel was like an 8-year grad school for me. I learned more about writing than I ever had and probably ever will. I think the basic contradiction of writing – writing is filled with contradictions, but the most basic one – is that it is both total altruism and total selfishness. Every writer consists of two parts. One part is totally childlike and selfish, saying “Look at me, look at me, I’ve got something to say, pay attention, pay attention, pay attention.” But the other part is something that is actually extraordinarily beautiful, which is the desire to communicate: the desire to make a connection between yourself and your audience, between your audience and your characters, between the audience and other people in the audience.

This is the essence of what art is. And I think something becomes art when it communicates something. So when I talk about ‘grown up’ writing, I’m talking about the point you get to where you are a paid writer, where you have an audience’s attention, and you realise that “Now I have to say something, now I have to understand what it is I want to tell these people.” You have a platform to speak, and that’s an unbelievable gift, so you have to give another gift in return, and you return it by having something to say.

For me it’s not about “Spend an hour and they’ll solve the mystery,” or “Spend an hour and those wacky kids will solve something.” For me that is soul-deadening, that is mind-numbing, that is everything that is wrong with television. And I don’t mind comfort food: if it is well made, a yarn is a perfectly acceptable thing. But in my opinion, if you are given a platform then you absolutely have a responsibility to get to that second part of communication, of being a writer. To go beyond the need to be seen and heard, and to figure out what it is that you want to say.

If you enjoyed this excerpt, check out the full interview: Joss Whedon’s The Master at Play video, currently available by streaming or DVD in our shop.

Or Click Here to watch an exclusive Question and Answer Session with Joss Whedon! 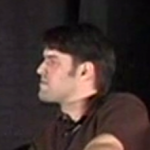 Jason is one of Creative Screenwriting's freelance journalists.