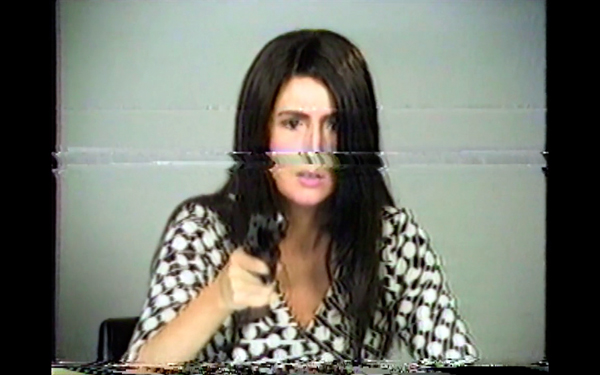 What is Documentary Writing?

The jury at the 2016 Sundance Film Festival raised a few eyebrows when it honored Robert Greene’s genre-bending film Kate Plays Christine with a U.S. Documentary Award for Writing. And perhaps no one was more surprised than filmmaker Robert Greene himself.

It’s not that Greene, filmmaker-in-chief at the Jonathan B. Murray Center for Documentary Journalism at the University of Missouri, was not grateful for the recognition. It’s just that the definition of writing for non-fiction film remains notoriously elusive.

“I felt the award was a way of honoring the idea that there was a concept, and that the conceptual framework was an act of writing,” he said. “The irony is that the worst part of Kate Plays Christine is the writing. The reason why I have a writer-director credit is because I wrote those scenes, but they purposely were meant to be bad, so the idea that the writing is what was being celebrated is ironic.”

“You can’t watch the movie and not realize that advance work was done in more than just logistics. It shows writing, although not in the traditional Hollywood sense.”

Kate Plays Christine follows actress Kate Lyn Sheil as she prepares to play the role of Christine Chubbock, a news reporter who committed suicide on-air in 1974. And the critically acclaimed film is an ideal springboard into myriad questions for fiction and non-fiction writers alike.

What is a documentary? More specifically, what is documentary writing? And what lessons can writers learn from other disciplines that will help them improve their craft and tell better stories?

To answer these questions, Creative Screenwriting spoke with filmmaker Robert Greene and Sundance jury member Simon Kilmurry about the definition of a documentary, writing for documentaries, and what fiction and documentary makers can learn from one another.

Greene became fascinated with Christine Chubbuck more than a decade ago. Numerous writers and filmmakers have been drawn to the story over the years, and many speculate that the 1976 film Network was at least partly inspired by the incident.

Greene kept the story churning in the back of his mind as he made such noted documentaries as the Gotham Award-nominated Actress and Fake It So Real, and edited fiction films such as Listen Up Philip. He finally cracked the structure with the concept of a story within a story that follows actress Kate Lyn Sheil (House of Cards) as she prepares to play the role of Christine Chubbuck.

So does this type of cinematic architecture fit within the historic definition of documentary film?

“The word documentary is essentially meaningless,” Greene said. “We can’t come up with an agreed-upon definition of what documentary is. You’re basically describing 25 or 30 kinds of movies. It’s a combination of writing – conceptualizing – and allowing things to happen that you can’t predict. That’s how virtually every documentary is created, and it also is how virtually every fiction film is created. You start from a blueprint, and then you allow cinema to happen.

“My role as a director is to hunt and gather. You look for documentary moments, structural moments and storytelling moments, for scenes that I conceived of and things that I couldn’t have imagined. I think like an editor. I gather material, and then I formulate the narrative backbone in editing. That’s where I’m doing most of my scripting.”

But is it writing?

If anything, the concept of writing for documentary is even more complicated than defining the genre.

“Writing for documentary is a nebulous thing to pin down,” said Simon Kilmurry, executive director of the International Documentary Association in Los Angeles, who also served on the jury that awarded the writing prize to Kate Plays Christine.

“It is a range of activities. There is no comprehensive way to describe it. With traditional voice-of-God narration, someone has to write and read a script. Filmmakers such as Alan Berliner and Agnes Varda write their own narration as part of the discovery process. In Kate Plays Christine, Robert has a writing credit. It clearly is an invitation into the story of the actress preparing to play a role that is not reality.”

But was Greene writing in the traditional sense? Following his creative process yields several clues.

“The conceptual framework is that there is a film that Kate will act in about Christine Chubbuck, but that film doesn’t exist,” Greene said. “It’s a film within a film, but that is a fictional conceit.”

Think of the film as a box.

Greene scripted scenes within this framework, although perhaps not in the way that a WGA member would.

“There was a bit of conceptualizing from the beginning. I wrote down the possibilities for scenes – `I’ll have Kate try this’, `I’ll have Kate do this’, `we’ll be in this situation’ — knowing that the only way the film would work is if things happened that we couldn’t possibly predict. Which was what ultimately ended up happening.

“I think it’s an old-school idea that structure is a form of writing, that conceptualizing is a form of writing. In fact, to prepare for the movie, I probably wrote, 30, 40, 50 pages of thoughts that we needed to use to get where we went. There are none of the traditional hallmarks of writing, such as voiceover. The scenes that are most compelling clearly are not written.”

There is no right or wrong way to tell a story.

“It really depends on the project and the film itself,” Kilmurry said. “My opinion is that we need to challenge ourselves about what documentary can be. There are no hard-and-fast rules.”

He points out that the Sundance Institute has begun to facilitate collaboration among participants in its documentary and fiction labs.

“It’s all storytelling, with many of the same elements, such as character, conflict, drama and humor,” he said. “You have to fit those together in a documentary with honesty and truth. Fiction and documentary filmmakers can learn from each other how to craft a story. It’s like journalism; you want to tell the most compelling story.”

Greene makes a musical analogy, where fiction is classical music and nonfiction is jazz. “Classical music feels most alive when it includes elements of jazz, ” he said. “Jazz is best when the chaos and the structure are in some sort of dialectic.”

Film writers, regardless of genre, can learn from each other.

“What I can learn from screenwriters is that story and structure matter,” Greene said. “Every great film has a moment when someone noticed something and turned that into a movie moment. They noticed some detail about the story, some detail about the characters, some tiny piece of information, and said, `I’ve got to get that in the movie, because that will reveal so much more than just the sum of its parts’. Writers know the building blocks for what makes the magic.

“What they can learn from documentary filmmakers is that spontaneity and life are cinema, and writing is a framework. Images are our stock in trade. There is a relationship between writer and editor that is crucial for how we conceive of, lay the blueprint for and ultimately execute the manufacturing of images.

“In documentary, there is a freedom and instability, in that act that should be influential in how people conceive of movies.”

No one expects the definition of for documentaries to be clarified any time soon, if ever. But the objective is not to win an argument or score points, but to engage in a conversation that results in better films, whether fiction or documentary.

Greene is grateful to the Sundance jury for jumpstarting this conversation.

“The film was incredibly collaborative. Sean and Kate were two of the most important parts, and the idea of it winning a writing award downplays their contributions. But I don’t think the jury meant it that way. I think what they are trying to say is, `you conceived of something’.”

Robert Greene is also filmmaker-in-chief at the Jonathan B. Murray Center for Documentary Journalism at the University of Missouri. And studying the history of writing for documentaries has helped him clarify his own thoughts.

“Nanook of the North (1922) is a beautiful example,” he said. “Robert Flaherty filmed a bunch of footage, and it was all lost in a fire. He went back many years later and met with his character, whom he had named Nanook. Is that a form of writing, to take someone and give him another name?

“Then he said, `we are going to recreate your old customs. Is that writing? My guess is that there was some basic form of a script that he deployed to recreate what we now know as Nanook of the North. Is that a form of scriptwriting? Probably.”

Documentaries were surprisingly scripted through much of their early history.

“The cliché — and it’s a cliché because it’s true — is that every documentary is made in the edit,” Greene said. “That is where you’re doing your story construction. From the beginning, almost all documentaries, including something like Night Mail (1936), had a screenplay. Something like Primary, on the other hand, which was made during the 1960 election, was the first time cameras could be brought into rooms to record sync-sound in a free way. They deliberately didn’t have scripts.”

“The irony is that in Land Without Bread, before the voice of God was even a cliché, Luis Bunuel pointed out that it was imperialistic, narcissistic, totally anti-human,” Greene said. “The voice of God became a cliché, even though Bunuel already had pointed out its fatal flaws. Now voice of God is a valuable tool and it continues to be used, but people continue to find ways to destabilize narration. You can reclaim it and do really interesting things.”

The writing pendulum has swung both ways.

“Jonathan Oppenheim, the editor of The Oath and Paris is Burning, has a great phrase: `Documentary footage is not meant to be edited’. The direct-cinema movement said `we don’t need scripts. We need new language. We need to bring in dramatic logic, and that will be a deeper truth.’ Of course, it has its own flaws in terms of its truthiness.”

Somewhere along the way, the false notion arose that documentaries are objective, while fiction films are subjective.

“What we see with all documentaries is that it’s a constant back and forth between structure and chaos. It’s a constant battle between moving more toward chaos to be more truthful, or needing more structure to understand your footage.” 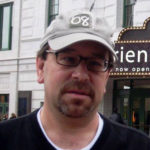 Alan Goforth is a professional freelance writer and author in Lee's Summit, Mo. Just like every other journalist, he is developing a screenplay.