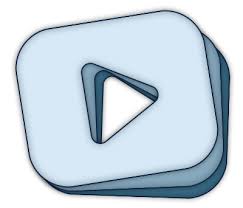 Many screenwriters restrict themselves to traditional writing platforms such as film and TV. Creative Screenwriting Magazine asked John Bucher about writing web series as an alternative way for writers to get their work seen.

While Netflix, Amazon, and Hulu have opened up new venues for serialized long-form content, little discussion has been given to the opportunities that have also arisen with short-form serialized stories. The web series paved the way and has now long been explored in this new era of media. Tthe label can sometimes have negative connotations in the industry, often referring to content that just couldn’t be monetized in one of the traditional forms. However, a number of app-based storytelling platforms that specialize in serialized short-form content have set out to change the market.

Blackpills is an original content app that began as a French digital media startup. They launched with 12 original scripted short-form series, with episodes around 7-10 minutes each and roughly 10 episodes per season. Spanning genres from comedy to drama, to animation to absurdist mockumentary, the platform is finding a growing audience that many are beginning to take notice of. While some have experimented with releasing serialized short-form scripted content on established platforms such as YouTube or Vimeo, apps like Blackpills have positioned themselves as a branded network, providing programming for those that like edgy, sometimes lighthearted, and provocative stories in small but continuing segments.

The creators of Blackpills have stated in a number of forums that the long-term plan for Blackpills is to be a hybrid of HBO and Snapchat, as social features within the app continue to be expanded and a premium service is coming soon. Releasing a new original series every week, Blackpills has greenlit more than 50 shows thus far, working with names such as James Franco, Logan Paul, Bryan Singer, Denise Richards, and others. Some apps are focusing on specific genres, such as Shudder is doing with original horror content. The bottom line for writers is that scripted short-form original series represents a new market to sell work and see it produced.

At the Los Angeles Film Studies Center, where I teach, we have a cornerstone course called Hollywood Production Workshop, that has been used for more than a decade to walk students through the process of team-based filmmaking in crews of 10-12, where the goal is to create a short film, soup to nuts, in 16 weeks. Recently, we decided to have students instead create pilots for a scripted short-form series. We added marketing and analytics to the curriculum, as well, so we could gain some perspective on what might be working.

Here are the five lessons we learned in developing stories for this medium:

1) EFFICIENT SETUPS ARE A MUST

The setup for the story world works best when it relies on archetypes and motifs we are already familiar with. One of the stories we developed, called Jockstraps, was set in a high school and focused on the men’s running team, with all their insecurities and idiosyncratic personalities. Choosing a subculture within a larger subculture allows the audience to rely on their own high school experiences with sports teams rather than spending valuable narrative time explaining the distinctions of the world. The central theme of the series and the main character goals must be established after the setup and will be the first elements that might connect with the audience’s emotions. The quicker we get to who these characters are, what they care about, and what they want – the better.

The world where the story takes place should be able to sustain multiple episodes and hopefully, multiple seasons. Environments that support lots of characters help with this, which is one reason a high school worked well for us. A story about a protagonist and her sloppy roommate might be fun for a few minutes but lacks the fitness to be able to support multiple episodes without hitting the same narrative beat again and again. Worlds that naturally lend themselves to conflict are, of course, what will keep the story interesting for the audience. The variety of different ways that we are able to frame that conflict often depends on the environment we tell the story in.

The scope and scale of the story should fit the medium, which is short. Some stories are just too grandiose to work in this medium. Breaking big stories into smaller chunks serves the writer and the audience. Seeing a story about someone who is able to get off drugs in ten minutes will lack credibility with the viewer. Seeing a character that struggles with drugs unexpectedly have to babysit a nephew more appropriately shows an episodic scenario for a character in the midst of their larger journey. Small, intimate stories that support multilayered characters not only work well in the short form medium, but also work well when trying to sustain multiple episodes and seasons of a show. The overall theme or goal can be big, but the episodes should move towards the goal at a reasonable pace for the format.

While short-form content might limit the scope of a story that can be told, it shouldn’t limit the complexity and nuances of characters. In fact, it may be even more important that characters really psychologically draw in audiences since the time to establish other elements in the story is so limited. When audiences deeply resonate with a character, they will often follow her on any journey she undertakes. The skill in developing these types of characters lies in doing it efficiently, as we’ve established that there just isn’t a lot of time to build in deep backstories and explanations for quirks. Even for those that want to eventually go on to create longer-form content, learning how to craft characters in this medium can be a tremendously valuable skill set.

5) LEAN TOWARD SETUPS AND PAYOFFS

While this is often a good practice with many storytelling media, in short-form serialized narratives, the work can easily begin to feel a bit experimental without them. Setups and payoffs are psychological reminders to the audience that there is a method to the madness they are seeing and that the writer knows where the story is going. It can help to establish pace and character development as side benefits. Establishing setups and payoffs, of course, requires planning. As with writing any narrative, forming your own system of outlining and establishing story beats is essential in creating not only a single episode in this medium, but also an entire season’s worth of story.

We live in a time where storytelling opportunities have never been more abundant app-based serialized content is just the latest format we have available to us. Since audiences are craving stories in this form, we should at least explore how we might also tell our stories with it. New writers looking to break in and old writers looking to try something new can both find ways to use the skills they have sharpened to create this emerging content, as well as find the opportunity to tell new stories that might not have worked as well before this medium existed.

You can see the pilot for The LA Film Studies Center original series Jockstraps here: 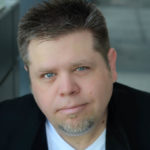 John Bucher is a writer, story consultant, and mythologist based out of Hollywood, California. He is the author of five books on storytelling including Master of the Cinematic Universe: The Secret Code to Writing in the New World of Media and has served as a narrative consultant for numerous film, television, and Virtual Reality projects. He also teaches at The LA Film Studies Center. <br> <table> <tr> <td><a href="http://www.tellingabetterstory.com"><img src="https://creativescreenwriting.com/wp-content/uploads/2016/08/website-2-small.png" style="height:25px"></a> </td> <td><a href="http://www.tellingabetterstory.com">www.tellingabetterstory.com</a> </td> </tr> </table>