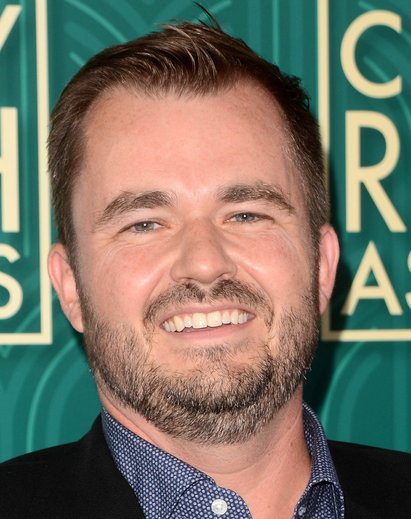 “Know Your Self Worth” Peter Chiarelli On ‘Crazy Rich Asians.’

Peter Chiarelli is neither crazy, rich, or Asian, but that didn’t stop him from approaching the new hit movie adaptation of Crazy Rich Asians as a white American. The subject matter of meeting your fiancé’s parents in a world so vastly different from your own is not something solely restricted to Asians. Despite the majority of cinema buzz surrounding the ethnicity of the cast, Chiarelli set out to write a human story with universal themes.

For the screenplay, Chiarelli put himself into the mind of Rachel Chu (Constance Wu) being thrust into the unknown world of the Singapore super elite. From this perspective, he too [like Rachel] could look at the subject matter as an outsider looking in.

Known for films such as The Proposal and Now You See Me 2, Chiarelli decided to fly to Singapore after he booked the writing gig. “I put myself on a plane and I went for two weeks. We had some people in Singapore that helped me understand the island, explore the culture and traditions, meet people, and conduct interviews with crazy rich Asians.”

It was the perfect cultural immersive experience for him. When the screenwriter inquired about a the likelihood of plot point from the book when a curious mother hires a private detective to spy on a would-be girlfriend, he was surprised to hear that this is common practice in Asia. “Of course you’d do that. Any parent would,” he quoted.

Chiarelli described himself as a person asking “dumb questions” to get to the heart of the book and understand this unknown world.

At the same time, he was thinking ahead about the casting of film. He knew the Asians cast in the roles could “call bullsh*t” on anything that wasn’t authentic. In addition to Wu, the film also stars Henry Golding, Michelle Yeoh, Ken Jeong, Jimmy O. Yang, Gemma Chan, Lisa Lu and the outrageous Awkwafina. An Asian cast also ensured the authenticity of the story.

In terms of the screenwriting process, Chiarelli describes himself as a structural writer. He worked on the screenplay for an extended period of time alone. Jon M. Chu came on to direct and hired Adele Lim to add to Chiarelli’s  script to work on it independently. He later got another run at the screenplay where he worked on it for around six weeks before production.

While the screenwriters were never in the same room writing, they both individually parented the screenplay with the intentions of creating the best version of it.

While in Singapore, there were countless misconceptions that Chiarelli noticed as a Westerner. Americans have odd thoughts about Singapore’s legal system, which can be described as “the caricature of a place.” There are no people in prison for chewing gum in public. At the same time, he also noticed many misconceptions that Asians have of the United States. No examples were given.

He said, “Whenever you’re writing about a world or a people, it’s really important to get past what everybody thinks they know about a place and really learn about the place.”

Despite the various differences, the screenwriter continued to remind himself that “people are people” and “folks are folks” so there is always universality witihin the cultual specificity in films.

While there are Asian-specific quirks and comical situations that applied to the screenplay, he met people similar to his own family members, friends, and other personalities. Every mother wants her son to marry well.

“The journey for Rachel is discovering her self-worth,” said Chiarelli. “But, it’s also the story of a family keeping up appearances. As foreign as this place felt, it also felt familiar in a lot of ways.” In the end, the story was very unique. Despite how many “Crazy Rich Asians” there are in Singapore, the movie takes place in the home of perhaps the most ridiculously elite situation. “It’s the .0001 percent,” joked the writer.

The people of Singapore encouraged him to study at the various elements of their country to improve the writing and the story. In the end, many of these references didn’t make it into the film, but it was important for research.

“They’re so small [as a population] and they have so much money. The country is so wealthy, but it’s so small that everything that happens is a tempest in a teapot and you understand that while you’re over there,” he noticed. This is also why they can argue profusely over who makes the best laksa— which is both culturally specific, yet universally-themed in nature.

Chiarelli said he enjoyed working on a movie that highlighted people who aren’t often represented on the big screen. “This isn’t a story about people going to the Hamptons. I’ve seen the Hamptons 100 times,” said the screenwriter. “I haven’t seen Singapore. Let’s tell those stories.”

As such, there are other reasons why 2018 was the right time to tell this particular story. One could deduce that the film is suitable for global box office, but there’s even more to the big picture. “It’s light on its feet and a feast for the eyes,” said Chiarelli about the film.

“We always wanted for it to be a fun movie, but we’ve got more on our minds than just telling that story. I think we found a sweet spot from the actors, Director Jon M. Chu, Screenwriter Adele Lim… and it’s something that makes people feel good. That’s something that everybody can use right now.”

The screenwriter made sure to also tackle vital themes within this new cinematic world. While reading the book, Chiarelli knew he wanted to focus the story on one thing: “the triangle of Nick (Henry Golding), Rachel, and Eleanor (Michelle Yeoh). That’s the story.” Despite the large cast, it was never designed to be an ensemble film.

In the book, it was clear that Nick and Rachel were happy, but there were in a situation that could tear them apart. For their happiness to live on, Rachel needed to earn the respect of Eleanor [Nick’s mother.] This meant Eleanor needed to change in one way or another. This simple model was Chiarelli’s thematic spine for the screenplay. This was never going to change.

“If the triangle is the Sun, then everything else is kind of in orbit around that. As long as everything else was helping to reflect Rachel’s story, it could stay.” This included themes of old money, new money, and the hysterical Goh family (Awkwafina, Ken Jeong), where Peik Lin Goh worked as a self-appointed of a translator, or Sherpa, for Rachel.

The overall story of a commoner marrying royalty has been told before, but the screenwriter saw something different with Astrid Young Teo (Gemma Chan). “You had the same core story, but it’s going on a different track. These two people shouldn’t be together at the end of this movie and it’s for a good reason.”

Is This An Ensemble Story?

Some might describe the story of Crazy Rich Asians as ‘Love Actually with Asians,’ but Chiarelli doesn’t agree with this blanket statement. “I absolutely understand the comparison, but…there’s not an arc with the Goh family. You’re not telling the story of the Goh family. They’re welcoming, caring, and good, so there’s a character facet, but not a character arc.”

“The only other arc in the movie is Astrid. Astrid is living a lie. She’s part of the problem with her husband. They’re not being honest. They’re growing apart. As elegant as she was, she was worried about appearances. At the end of the movie she finally has the strength to stand up for herself. So there is a slight arc, but to me that serves as a subplot. Everybody arcs in Love Actually. That’s the difference.”

In addition to Chiarelli’s rejection of the Love Actually comparisons, he also doesn’t believe the film is a “Cinderella story.” In the screenwriter’s mind, Cinderella goes to the ball and then she’s stuck in her current situation until the prince saves her. In his story, Rachel is going after what she wants and working to get it. She didn’t even know that her man was actually a prince. The money didn’t matter to her.

Rachel even told Eleanor that she didn’t want to be a part of their indulgent universe. She made the choice to choose family over riches, which proved her worthiness. “If you’re playing a game here, she got her slipper when Nick proposed and she politely gave him the slipper back.” She won the game by not playing it.

“Maybe that’s a fairy tale in and of itself, but it’s a fairy tale about being yourself,” added the screenwriter. To get to this point, Chiarelli had to take some liberties from the book, as Eleanor didn’t really come around to Rachel until the second boo. Overdoing this “head nod” would cause audiences to roll their eyes in disbelief.

Chiarelli said that the characters needed to be rational and regal. No one is exclusively the villain or the hero. That gave the characters more depth. “The second that you have someone being irrational, that’s when I personally tune out,” added the screenwriter. “Irrationality is so boring.”

This also meant avoiding film clichés. There’s not a scene where Eleanor tells her son that he is turning his back on his family or issue and ultimatum; choose Rachel or the family fortunes.

Every Script Is A New Challenge

Thanks to the screenwriter’s past two decades in the business, he knows each new script he writes brings a new challenge. “Whatever you’re writing about—and this is my favorite part of the job—you have to become the expert on what that is.”

In addition, he has also learned the value of every single page of a screenplay to tell a story. “You need to have a point for every page of your script. You need to have a reason why it is there and how it’s moving the story forward. That’s something for every project I’ve ever worked on.”

The screenwriter concluded, “Frankly, a lot of younger writers haven’t quite internalized this. I would highly recommend to really be focused. It’s better to have a lot of story. You can always trim it down, but it’s tough when you’re adding it. Keep the story moving.”

Similarly, Chiarelli doesn’t chase the movie market, but he does do his homework to make sure his projects break new ground when compared to similar films of the same genre. “People are tired of watching the same movie over and over again. That does not fly now. There’s too much out there. You have to hold yourself to that standard.”