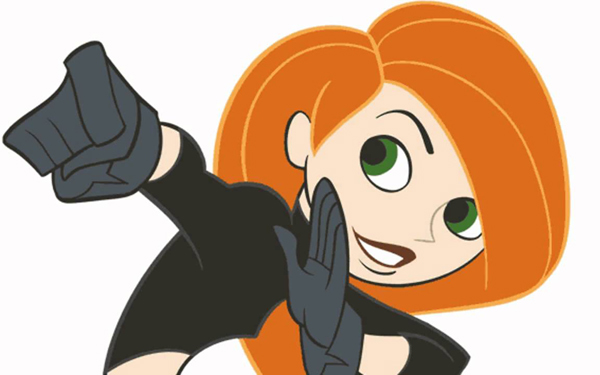 “Learn to love all forms of storytelling.” Nunzio DeFilippis and Christina Weir

Life has a way of getting in the way of writing. How much of our own writing we get done depends on how and where we’re earning our income, our personal responsibilities and our creative energy levels. Add two personalities to all that ebb and flow and the dynamic can get quite squirrely. But this husband and wife team makes it look easy!

I spoke with Nunzio DeFilippis, Chair of Screenwriting at the New York Film Academy, and Christina Weir, who teaches Sequential Art and Transmedia, to see what kinds of insights we could glean that would be of practical use to emerging screenwriters today.

The Importance of Plotting

Nunzio and Christina’s writing time is structured around their teaching schedules at NYFA. In an ideal world, they do everything together: plot, write the first draft and rewrite.

Christina suggests: “Writers like to believe that plotting is something different from writing. They think that too much of it flattens out the creative process and sucks the joy of discovery from writing but plotting is just the first step in writing. And you discover plenty when you are figuring out what’s going to happen in your story. That’s not to say you shouldn’t adjust as you write but adjusting a plan is easier when you have an actual plan.”

When they write together, Christina usually sits at the keyboard while Nunzio paces. “That gives her all the power as to what’s actually in the script, ” he teases, “and me the illusion of making all the decisions by virtue of how much I talk.” While they do strive to at least always plot together, it’s not always practical to complete the whole process as a team. When “life” gets in the way, they divvy up the first drafts and shoot to do the rewrites together. If those best laid plans get derailed, too, they swap notes and trade rewrites on one another’s work, in an effort to maintain their seamless, unified voice and keep the pipeline moving.

Nunzio and Christina have written for and developed television programs for the likes of HBO and Disney. “At HBO, we never got to pitch our own material,” Christina explains. “We worked on Arli$$, which was very much Robert Wuhl’s show (and his baby). We knew our job was to help him on his show – and we enjoyed that. But at Disney, we got to do both.”

“We loved Kim Possible [the animated Disney show originally broadcast from 2002 through 2007],” Nunzio shares. “We asked our agent to try to get us in – and she did! We got to write a couple of episodes. We love it when it works like that!”

Disney liked what they did with their episodes and appreciated their comics, so they were given the opportunity to work with some Disney execs to develop some series ideas for animated projects. “They never went beyond development,” Christina explains, “but it was a great opportunity. When we were both in film school, television was thought of as the weaker medium but some of the best storytelling is now on TV.”

Having worked with independent producers as well as developing with networks, Nunzio and Christina have discovered that their story sensibilities are definitely different. “Networks and studios need to know who their audience is going to be – and they build from that, whereas independent producers tend to focus on theme and build around that. In the end, both paths get to story, but they get there very differently.”

In his capacity as NYFA’s Screenwriting Chair, Nunzio has adjusted the curriculum to focus more time on writing pilots with less emphasis on spec episodes of existing TV shows. He explains: “Specs are vital for learning how the language of TV is structured. They teach how to write for other people’s characters and in a specific show’s story style but the more useful skill is writing pilots.”

Being able to receive constructive criticism and meld conflicting opinions throughout the development process is essential to the success of a professional writer. “It’s such a basic writing skill – but so few writers have it,” Nunzio explains. “They view notes as an assault on their story. Or a criticism of their skill. Or, at the very least, a refutation of their intention. Aside from being a part of how the business works, notes are vital to storytelling. Nobody gets it right on the first try. Notes tell us what worked and what didn’t. And if they’re rejected outright, then the story can never improve. You’re left with a script that never gets much better than the best version of your first ideas about the story. And sometimes they don’t even make it to the best version of that first idea, because even those notes are rejected.”

The flip side is that taking every note takes away your voice. “Sometimes what you want deserves a fight on its behalf,” Nunzio explains: “The key to taking notes is finding out why you’re getting a note. What didn’t work? If you know that, then even if you don’t take a note specifically, you can take something from it – diagnose the problem even when you don’t agree with the suggested solution.”

NYFA has expanded their Sequential Art and Transmedia offerings. As a teacher in this specialty, Christina explains: “Transmedia is a broad term that means building something that delivers story across multiple media. Each medium contributes something unique. Practically speaking, you should usually start with one medium and expand the story world into other media.”

The logical starting place, then, is to ask yourself: What’s the best form for this story?

Nunzio explains: “The beauty of working in Transmedia is that you develop a love for all these forms that traditional screenwriters ignore. They focus on features or TV. But the best place to set a story with a big expansive world – that would cost hundreds of millions of dollars as a film – is not as a feature spec. Very few unproduced screenwriters will sell a spec that will cost 300 million to make as a film. Write a comic instead: a comic costs the same to produce if it’s an epic space saga as it would if it were about a small family wedding.”

“That’s not to say that you should write a comic just to get a movie made,” Christina clarifies. “If you did that, you’d probably write the comic badly, the story would never appeal to fans of comics, much less the feature execs you want the attention of. Instead, if you decide that a story is best told as a comic, then set out to tell it well as a comic. The rest will take care of itself. If it doesn’t, you’ve still told your story, and hopefully, told it well. If you can find an artist, self-publishing or web publishing a comic is a huge part of that industry.”

Web series are great self-starter mediums, too. “With the new models of TV distribution like Netflix or Amazon Prime, and the sheer number of cable channels,” Nunzio adds, “the possible routes to get a series made are expanding.”

Christina adds: “I think every writer should try a web series. They’re easier to produce and the expectations on production quality are diminished which can allow the focus to be on story. It’s a great way to start a career. I also think that comics are proving to be a fertile ground for storytellers and writers would be foolish to ignore those possibilities. Comics are also frequently aligned with Hollywood. A lot of publishers have deals with producers and those producers won’t attach you as a new writer if and when Hollywood comes calling for your comic. So, the control can be more elusive than it used to be. Which is why web publishing or self-publishing may be a good way to have control.

Video Games (Not so much)

Nunzio continues: “Video games are based on players making meaningful choices. They are interactive in a way that film can never be – and should never try to be. So adapting a videogame means removing the choices and making the narrative work in a traditional way without flattening it.”

“We wrote one game that relied extensively on cinematics in between gameplay levels. The gameplay was linear, in that you either won and moved to the next chapter or failed and died and had to retry the level. As such, that game was very much like writing a screenplay just with the action sequences skipped (and replaced by a gameplay description). In another game we worked on, dialogue was branching, so the scripting was very different. But we submitted a plot for that and haven’t moved to script yet, so I can’t say we’ve mastered that yet. It’s intimidating, because scripts for branching dialogue in games are often in spreadsheet form, which is alien to most screenwriters.”

Vital to adapting material from one form to the next is recognizing that each form is its own thing. “Trying to stay true to the source material can kill a project,” Nunzio explains, “because then your film feels like it’s paced for comics or written like a novel. You have to try to embrace the thematic core of the source material and the story throughline – but capitalize on the strengths of the form you’re writing in.”

“Comic dialogue is meant to be read, not spoken,” Christina adds. “Trying to recapture lines from a comic is a mistake. People speak differently in film than they do in dialogue balloons in a comic.”

Learn to love all forms of storytelling. Watch web series. Read comics. If you learn the forms, you’ll start to see what each does well and what they don’t do as well. Let your stories steer themselves towards the form they best fit.

If you are interested in learning more about the program that Nunzio chairs at the New York Film Academy, you can check out their website by Clicking Here. 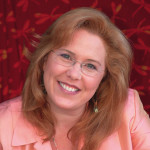 Heather Hale is a Film and Television Producer, Director, Writer, Consultant and Educator. She speaks around the world on the entertainment industry and achieving artrepreneurial goals. Her movie "The Courage to Love" earned $5.5M and over 50 hours of television have garnered Emmys, Tellys and ACE Awards.