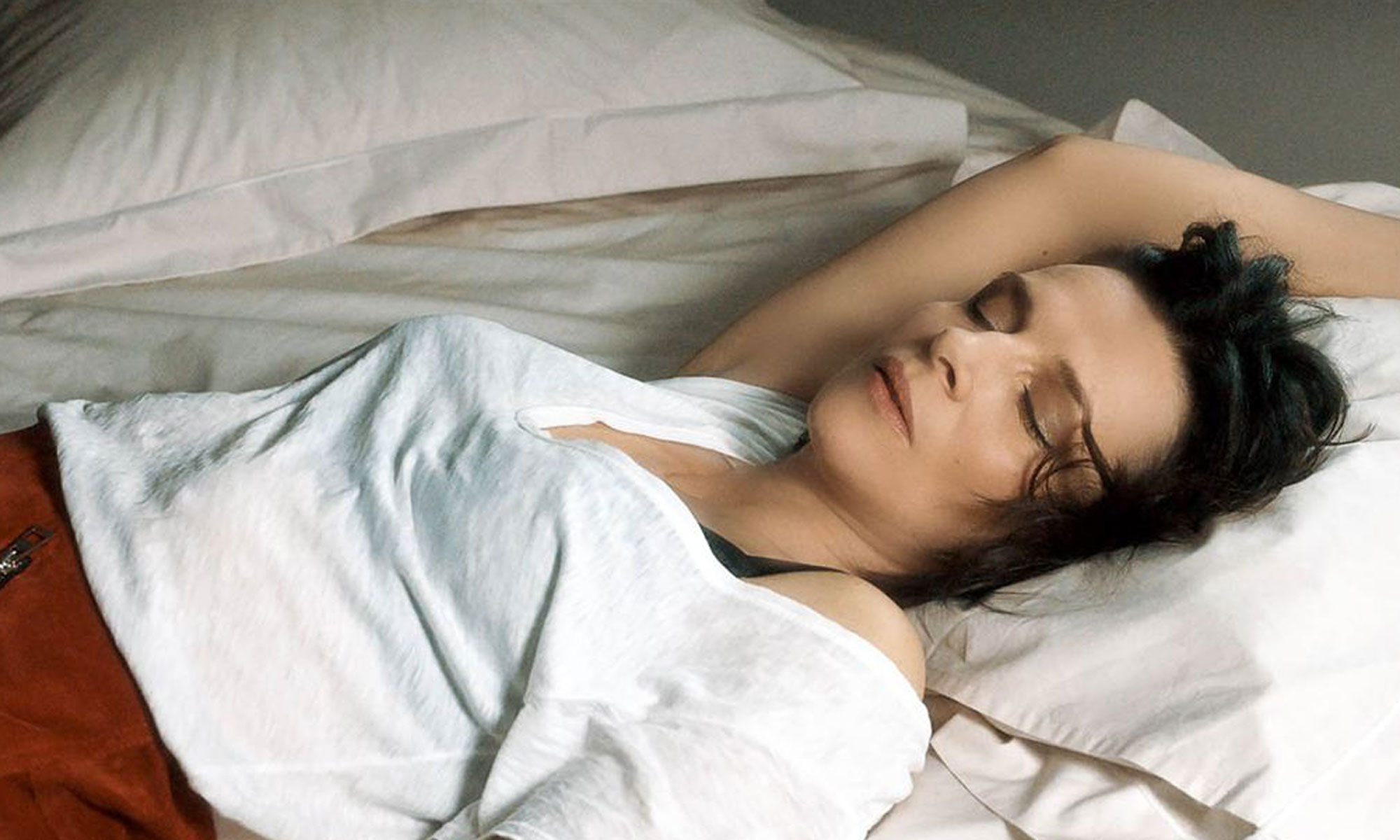 “Let the Sunshine In” is French Romantic Comedy at its Darkest

Only the French could call such a bleak, black comedy as “Let the Sunshine In” a rom-com. Through the American lens, it more closely resembles a tragedy, or at least a mournful character study. The story of a middle-aged painter named Isabelle (Juliette Binoche) in search of love, or at least intimacy, has very few belly-laughs and a melancholy tone throughout that belies humor. What director Claire Denis and her co-screenwriter Christine Angot clearly set out to do, in their adaptation of Roland Barthes book, is to present a stinging diatribe against the awfulness of dating and the scarcity of decent, sensitive men. And on that level, it succeeds spectacularly. Whether or not one finds that funny or not may depend upon where they sit in the romantic landscape.

Filmmaker Denis has always been known for a naturalistic shooting style, preferring real locations over studios, as well as keeping her camera close to the characters onscreen with few edits. That’s all on display here, and it adds to the realism of Isabelle’s encounters with the passive/aggressive men in her orbit. Sometimes, you almost wish that Denis would use her editor Guy Lecorne more and cut away from the painful interactions between her heroine and her yammering, self-absorbed lovers, but she doesn’t. Instead, Denis forces us to spend as much excruciating time with these losers as Isabelle.

So, why does Isabelle do it? She’s a successful painter, smart, and lovely on the inside and out. That question is ultimately what Denis and Angot are probing here. Is it Isabelle’s own insecurity that keeps her sitting at the bar listening to Vincent (Xavier Beauvois) bully the bartender and insult her career? Denis has her cinematographer Agnes Godard sway the camera back and forth between the two, picking up all the irritated looks Isabelle can barely hide from her married lover as he compares her unfavorably to his wife. The extended scene plays out in one long take and by the end, you’ll want to scream at Isabelle to dump the S.O.B. It was bad enough watching him huff and puff his way to orgasm on top of her in the first scene, knowing full well he had no interest in Isabelle climaxing, so why is she belaboring their toxic relationship?

Perhaps Denis is trying to show how patient women are, hoping that such man-children will mature and become worthier partners. Instead, it’s a foolish wish on Isabelle’s part as Vincent continues to act arrogant and belittle her time and time again. Things don’t get much better for Isabelle after she finally dumps him. She starts up a new relationship with a man known simply as “L’Acteur” (the actor), and it’s not fulfilling in any way. The thespian is played by handsome French star Nicholas Duvachelle, but he’s so moody and self-absorbed that he is one ugly fool. He can barely commit to the words he speaks to Isabelle, let alone a decision to spend the night with her. With men like these, Isabelle is better off alone.

Still, she aches for companionship, feeling lonely and insecure after her painful divorce from her older husband Francois (Laurent Grevill), yet none of the men she meets seems to be able to give her any sense of kindness, let alone commitment. She hits it off with Marc (Alex Descas) at a gallery show, but he can’t even commit to going out with her on a real date. Isabelle expresses her angst to her female friend Ariane (Sandrine Dumas), but little helps her navigation through this sea of shitty men.

Isabelle may dress a decade younger than she should, favoring scooped blouses to show off her décolletage, but it’s not like she’s trying too hard. She’s shown to be a sensitive soul, a good listener, and a caring mother. Still, that heart on her sleeve is only making her an easier target for the creeps passing her way. Even towards the end, when she meets with a compassionate psychic (Gerard Depardieu), she’s far too patient as he goes on and on and on, spouting his New Age gobbledygook and making veiled passes at her.

The French would call this absurdist, but in the era of #MeToo and #TimesUp, Isabelle seems as much a cause of her problems as the doofus men courting her. Fortunately, Binoche projects so much strength, even at Isabelle’s lowest ebb, that we pull for her through thick and thin. A woman like her should have dozens of quality suitors beating down her door, but the movie seems to be suggesting that for mature women, this terrible lot may be the best they can expect. Those available to her are the leftovers and dregs. The good ones are likely taken, and what’s left are far too many cheaters, misogynists, and malcontents.

Even when this searing indictment of the mature singles dating scene becomes almost intolerable, Binoche remains eminently watchable. Other than Meryl Streep, is there a better actress with as great a range working in the industry today? Binoche has played everything from a nurse (“The English Patient”) to a shop owner (“Chocolat”). She can play the naïf (“The Unbearable Lightness of Being”) or chanteuse (“Damage”), an egotistical movie star (“Clouds of Sil Maria”), as well as a wildly insecure fan (“Certified Copy”). Here, Binoche is playing a character utterly exposed – emotionally, intellectually, and physically. She’s as naked in what she expresses as she is in showing her nude body. Binoche makes you want to stick with her character all the way to the end of “Let the Sunshine In.” It’s hard to laugh at Isabelle’s plight, but it’s not difficult to love this utterly enthralling actress. Watch the trailer.