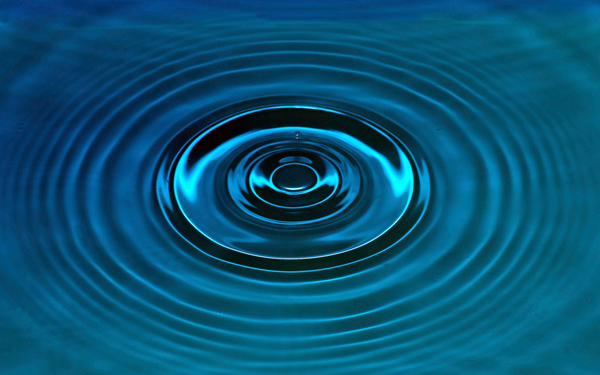 Paths, Ripples & Choices: How character and story logic can make or break your script

I recently read a student’s one-hour television pilot, and while the dialogue was on target and the action moved at a fine clip, there were problems of logic that kept the reader (me) from suspending disbelief. Why was that? What was the writer missing?

As we tossed around the concept of logic, I came up with this analogy: Imagine that you find yourself by a lake. You are unsure if you’re awake or in a dream. You notice a large rock beside you, and picking it up you toss it into the lake. The rock sinks without a splash, and vanishes without causing any ripples on the surface of the lake. What do you know?

The student immediately acknowledged that he was in a dream, and not awake, because in reality the rock would cause ripples, right? Right. But in the script in question the writer had dramatic events, choices that a main character made that had no repercussions, no consequences: no ripples. And when the writer fails to invent a universe where the inhabitants’ actions have consequences, the audience is much less likely to invest in the story.

So, what does that mean? Is the writer only limited to what’s real? What’s truthful? Absolutely not! Is Who Framed Roger Rabbit? real? What about Avatar or Game of Thrones? Of course, not. Logically people understand that there’s no place in our world where cartoon rabbits and their curvaceous spouses live side by side with your typical gumshoe, but did the audience question the reality, or go along with it? I strongly believe it’s the latter. Why? Because the rules of the world were clear and well defined. The logic made perfect sense, i.e. you can drop a refrigerator on a cartoon without harm, but “the dip” will dissolve them.

The logic of the world can be difficult to build and even trickier to keep consistent, and while the previous examples are all fantasy or sci-fi, the same is true when writing closer to our world. For instance, let’s take a situation in an imaginary police drama. A rookie officer of Latin descent, we’ll call him Marcus, is being hazed by his fellow officers. The biggest bigot of the group, Walters, says something insulting about Marcus’ little sister. Marcus loses it, and punches Walters in the chops. Boom! But moments later, they are sitting quietly at a lunch table as if nothing had happened.

So far there’s no reason that the above scenario couldn’t happen exactly as described and yet still be logical. But how? The audience needs to see some reason why Walters doesn’t retaliate. Perhaps he passes on the opportunity to tell the commanding officer about the incident and when questioned about it he replies that “Cops don’t rat on cops”. OK, that might suffice.

So could that have happened? Maybe. But does it meet with the audience’s expectations of the world of the story? Arguably not. Either way, without making the reasons clear, the audience is taken out of the story and left to ponder why Marcus and Walters behave the way they have.

Every writer creates a path for a character to walk upon, and there are events that must occur in order to move the story forward. However, a problem arises when the writer takes the position that they need “something to happen” without asking if the character would actually make the choice forced upon them.

The proposition that “I need my character to do X, Y, or Z” needs to be followed by the question, “How can I guide my characters to make the choices I need them to make in a way that the audience will believe?”

The audience doesn’t have to fully understand what drives your character’s choices, but the audience needs to believe that it’s a decision the character could make.

Let’s take a look at the exceptional HBO series The Night Of. The HBO mini-series was brilliantly produced, but there were some character choices that were difficult to accept and as such, I was taken out of the story.

SPOILER ALERT: If you haven’t seen this series, and in spite of the premise of this article I suggest you do, you may want to skip this critique.

Chandra Kapoor, an attorney working for a major law firm is asked to become a part of the defense team for murder suspect Nasir Khan. She’s a bright, capable, and very intelligent woman.

There’s a strong hint of chemistry between Nasir and Chandra…OK, more than a hint, but here’s the thing – In the show, during a crucial stage of the trial, Chandra has a meeting with Nasir in the courtroom holding cell. She makes two potentially poor choices. One is to smuggle drugs to Nasir so that he can function. The other is to hook-up with Nasir… in the holding cell… with a guard sitting there… and video cameras.

Nope, sorry, I don’t buy it. She knows this is potentially a cause for disbarment, being fired from her firm, on top of complete humiliation, and yet she makes that choice.

I didn’t think that the moment felt motivated or entirely believable. Is it possible that this could have happened just the way that the writer envisioned it? Absolutely. But is it believable, or does it leave the audience being pulled out of the suspension of disbelief?

One might argue that the show was taking a creative stance on how people make choices that lead to their demise. But I couldn’t swallow the idea that this educated, intelligent, officer of the court would see Nasir as so irresistible that she would take the risks she takes.

Amara Karan as Chandra Kapoor in The Night Of

Does that mean that characters cannot make seemingly arbitrary choices? Not at all. Take the film Unfaithful, written by Alvin Sargent and William Broyles Jr., from the original script by French writer Claude Chabrol. In the film, Connie Sumner, a married woman in the midst of a midlife crisis, bored with her seemingly perfect life, perfect family, perfect job, falls into a passionate affair with Paul Martel, a young artist.

Her loving, steady, gentle husband, Ed Sumner learns of her infidelity, and confronts her lover in his apartment. While there Ed recognizes a gift he’d given to Connie. In a moment of blind rage, he strikes Paul over the head, killing him.

Clearly, this act of violence is arbitrary, but the arbitrary is motivated. The audience can buy into to this horrific, seemingly out of character choice because it’s motivated. The viewer can put themselves in that character’s shoes and empathize. One can objectively say that “I might not have done that, but I can see why that person would.” And that’s the litmus test.

Can you distance yourself from the words you’ve written, place yourself in the character’s shoes and see if the action you’re asking them to take would be motivated? Can you believe that they would, regardless of how out of character the action may be, take that turn?

Let’s take a look at one other example that comes from the world of television. In Breaking Bad, created by Vince Gilligan, Walter White is a mild manner high school science teacher. Nothing in his past would lead us to believe that he has the temperament to be a drug manufacturer, dealer, murderer. But when faced with a diagnosis of cancer, strapped for money, his fatal character flaw leads him down a dark and hidden path.

So, what’s Walter’s flaw? In my opinion, pride. Why does he consider manufacturing meth? He needs money for his treatment, and even more motivating, needs to provide for his family once he’s gone.

But hold on, early in the first season his former partners offer him a job, insurance. This is the answer to his problem. Why wasn’t that the end? Why didn’t he accept the deal, get the care he needed, and provide for the family he loved?

Because he had been screwed over by his former colleagues and his pride wouldn’t allow him to acquiesce. He’d rather manufacture and sell meth amphetamine, lie to his family, and kill those that stand in his way than accept “charity” from his former partners.

Was this out of character for a mild-mannered science teacher? No question. Was it believable? As written and performed, I believe so, and the choices made by Walter White kept fans of the show riveted. Does Walter’s actions meet the litmus test? Can you relate to his choices? Can you believe that he would make such a choice? Yes, yes, yes.

As you create your characters, and lead them to the choices that will from the roadmap for your story, ask if the character’s actions are theirs, or yours. Ask if their actions are motivated, even if they seem uncharacteristic.

Remember, you are the master of your story, but your characters should be thinking, breathing individuals guided by the plot you lay before them, and not forced to make choices that will perplex and puzzle the viewers.

If you have found this article interesting, why not check out Brian’s video lecture Crafting the Outline for Your Feature Film, available to purchase from this very website!

Or check out his book From Process to Product on Amazon. 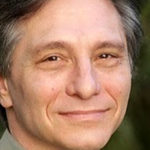 Brian is a writer, producer and director. He teaches screenwriting online for UCLA Extensions, and spent five years as the sitcom instructor for Writer’s Bootcamp.