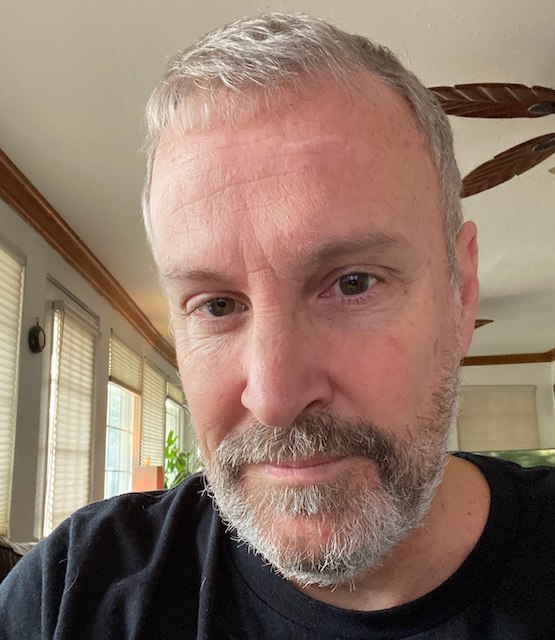 What was the script that won you a spot on the ISA Top 25 Writers To Watch and what is it about?

Prayer is a faith-based, family-friendly, Christmas script about a dog. Checks a lot of boxes. Gets some good attention as a result. It’s well-paced and super soaks it at the end with some solid, emotional scenes.

What inspired your story and why do you think it resonated with the judges?

I didn’t really have a specific inspiration for Prayer like I do for other scripts such as my current project which is based on a wildly obnoxious personal relationship. Prayer was simply an exercise in stream of consciousness. I sat down one evening with a bottle of wine and just started creating a world. Within the hour, the root of the story was on the page and ready for some finessing.

The story tends to resonate with readers because it’s easily paced and the scenes move quickly from hopeful to heart-rending to hopeful again. My prose is generally light, but I know how to craft dramatic scenes well and how to punch in some solid dialogue. I guess that’s sort of a specialty.

Impact a reader with the fewest words possible. Don’t oversell. Don’t overexplain. Just let the humanity and the imagery sell it all for you.

What are you exploring thematically in your screenplay?

Faith is the most human thing because it is so personally tailored. We all have our doubts, but doubt is the absolute root of faith. So, I feel as though this is something that is universally relatable. We all have to just turn it over to God at some point, no matter who your God is.

As well, this story is about redemption and prayer. I firmly believe that the power of prayer can become the most important gift in one’s life, especially in times of need. Even an atheist will pray. Perhaps the atheist is unsure of who he or she is praying to, but I firmly believe that prayer is a form of healing and, eventually, self-prophecy. If you believe it, it can, and often does, happen.

What aspects of your life experience found their way into the story?

I have struggled with my own faith. I have wondered how and/or why God can make and take things and people on what seems like a whim. William Faulkner once famously said, “Love…is a bond purchased without design and which matures willy-nilly and is recalled without warning to be replaced by whatever the issues the gods happen to be floating at the time”. It reads as a little dark but it’s the ‘willy-nilly’ that got my attention.

So, that is what has been a big part of my life. I have always focused on a bigger picture but it’s the willy-nilly that always sidetracked me. In Prayer, I wanted to create characters with focus, characters of faith who were desperately caught in the willy-nilly and begging for some way through it all.

How did you approach the writing process?

It’s different for each script I write. However, for Prayer, I started with a 15 page short. I didn’t really have an immediate idea of where the story was going at first. I just allowed the creative process to take me where the characters wanted to go.

And, as far as the short was concerned, I knew exactly where and how to end it. It just felt like a strong, thematic story with potential. I passed it around to a few folks and was quickly advised to work it into a feature. So, I took aside about 5 or 6 weeks and hammered it out. And, here we are.

What feedback did you get during development and how did it contour subsequent iterations of your story?

There was some personal input as it regarded a few small but relevant details which would give away too much at this point. I simply reveled in one festival judge’s critique when he called Prayer, ‘one of the best spec scripts out there’.

I don’t really write for money or fame. Yes, it’s important to get paid, but I just write for me. And so, for some complete stranger a thousand miles away who has no investment in me or my work at all to simply step up and say such a thing really impacted me.

Persistence. And some thick skin. Be ready to put your best effort out there and have someone tell you it’s no good or not worthy or not sellable. This will happen. A lot. All the time. It’s all subjective.

I wrote one script and paid for coverage through a festival. I wasn’t sure if it was a solid write. The coverage came back and the reader was very insulting. This person carved up my work and then personally attacked me as a writer for writing such horrible dribble. I was stopped, ruined. Did I really write such garbage?

A week later it flat out won for Best Overall Script at a major west coast festival. A big win. Big laurels. I was shocked. Did I really write something that good?

So, don’t write for the fame, for the money or the glory or what’s trending. Write for you. Stay loyal to your story, to what makes it work for you. That’s how to make a story read as genuine and from the heart.

There are a lot of ‘yes’ people out there. Yes, they call me and, yes, they tell me I have a great script and, yes, they are interested in talking more about it but, no, they are in no hurry to sign a check. I get that, so I don’t fret it.

Also, making movies is a very expensive and complicated process. So, you have to accept that if your story sells, there will be rewrites and, in fact, it is likely that the very heart of your message is gutted in favor of some less expensive or less artistic choices. You have to learn to let your baby go and just keep writing.

Also, writing one great script isn’t going to cut it. Write a dozen great scripts. Get coverage. Enter competitions. Win awards. Do whatever you have to do to make sure that your work shines and stands out before an industry reader even turns the first page. Be ready for the call; “What else have you got?” That is a common question and if you can’t answer it, then you’re not ready.

Other than writing, how do you train and improve your writing craft?

My day job involves reading/consulting scripts. I read at least a script a day, sometimes more and have been doing so for coming on four years now. So, I am in the grind every day, working scripts over, making notes, consulting, etc. Therefore, I easily see what makes a great script great and, more commonly, what makes a bad script bad. I apply these lessons to my writing every night!

Do you have any mentors, heroes or heroines?

Early on, Hunter Thompson was a strong influence. However, as I got older, so did my tastes in literature. Sorkin is amazing. His dialogue is remarkable. No, people don’t actually talk in machine-gun rapid-fire fashion but, yes, the dialogue is compelling, smart and relevant.

My first mentor was, believe it or not, my 6th grade PE coach. I reunited with him as an adult and he has also had some success in the industry. He took my first screenplay ever and helped me polish it into the award-winning machine that it is. Thanks, Joey Kent!

What inspires your screenwriting?

The human condition. We are all terribly flawed characters and yet we each have a remarkable story to tell. Seven billion people on the planet equal seven billion unique and embraceable characters. How can you not write or want to write?

Faith-based stories really inspire me because it’s all about finding the heart, the root of the very thing you believe in and investing in that, til death do you part. It’s risky. The journey can be harsh. But, in the end, it’s the most human thing ever.

What is the current status of your project?

Prayer took a few calls here and there. As mentioned, it reads well because it checks a lot of money-making boxes. Also, its very budget-friendly. For now, it’s on the burner while I plow through my next two scripts.

I am nearing completion of a spec and marching through a contract hire for another faith-based story.

Write from the heart and write what you know. Life is good. Write accordingly. Don’t be afraid to take chances and, most of all, absolutely celebrate yourself as a writer. Enter contests. Get coverage. Study the format. Learn subtext. Focus on your genre. And just go at it, every day.

Your first five scripts are sandbox, just play time, a chance for you to earn your wings. No one wants to hear this advice until he or she is six scripts in. At that point, you will know what it means to be gaining ground. You might not have the results you want but you will become proud of your own progress and more able to commit to your vision.

I love beyond belief nineteenth-century literature. English and Russian, especially. Some French, mostly thanks to Victor Hugo. Dickens is the man. I read everything he wrote. I worked as an actor on a series on WGN with a notable English actress who had a degree FROM OXFORD in 19th Century English lit. I talked circles around the poor gal. I dropped names she couldn’t even fathom. I have read more nineteenth-century literature than ten of her. Sorry, being snobby now. But reading is the fuel. Fill’er up!