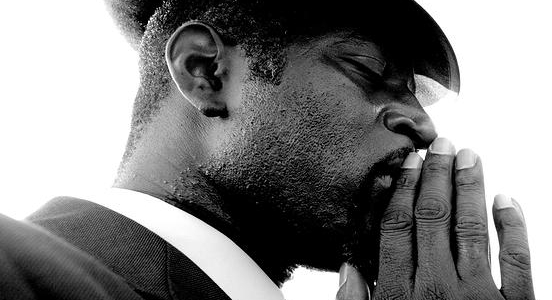 After sharing Daniel Nearing’s screenwriting process in a previous issue, it only seemed right to follow through and find out how he’s managed to produce critically praised films with almost non-existent budgets. Here’s how.

Most filmmakers consider $2 million a micro-budget. You made Chicago Heights (now The Last Soul on a Summer Night) for $1,000. How?

We were up front with everyone we approached on the project, telling them it would be done on virtually no budget. Everyone sacrificed by giving us their time and talent. Our biggest problem was not with equipment, casting or catering – we got by on a $1,000 donation for food from a Korean wig manufacturer! – but with locations, and that really was a matter of me dropping the ball. I should have made the time to get it done, as we have with Hogtown.

How do you set a film’s budget?

You go into it thinking “it will be what it will be,” and don’t let the absence of money affect your thinking. Budgets are as imaginative as original screenplays. On any given film you might prescribe a union budget; a budget affected by the presence of A-listers and B-listers; a non-union budget that runs from nothing to the low millions; a grant driven budget based on prospective support and dictated by the limits of the granting organization; and the real hard cash budgets that ultimately come into play in all scenarios. Any film in development should foresee several possible budgets before landing on the one that will ultimately be its master.

Do you think Chicago Heights/Last Soul… would have garnered such positive reviews if you’d had a larger budget?

I don’t honestly know, but I know in retrospect that I have no regrets. If we’d had a few million dollars, we might have been inclined to make a faithful adaptation of the novel, working with the script we initially had. It would have been a very different film and would have been judged differently. People tend to bring a little more open-mindedness to the viewing of niche art house films than to mainstream productions. Art house films have very patient and thoughtful audiences – they seem to show more trust in filmmakers.

How can limited budgets inspire creativity?

Chicago Heights got strong reviews in large part because of an “inspired concession” we made in moving a rural period piece to the contemporary city. Co-writer Rudy Thauberger and I had initially drafted a screenplay that was largely faithful to the modular novel, except in its structure and in the creation of composite characters.

When I finally accepted that there was no way we were going to be able to faithfully adapt the settings and period of the novel, we looked at where we were and when we were and thought we’d try to adjust.

I’m often asked why the film is set in Chicago Heights. It is, in places, a down-on-its-luck, exurban community that inspires sympathy, and its crossroads are the crossroads of America – Lincoln Highway and the Dixie Highway meet there. That said, the key thing I liked was its function as an ironic title – we explore the depths of despair in Chicago Heights.

Equipment’s not cheap. What are some affordable options?

If you can scrape a couple of thousand dollars together, or borrow from others, or join a local film co-op….or even say hey, I’m going to make a movie on my iPhone. You will not be the first. There have been some fine films shot or partially shot on iPhones, including major award winners like American Promise (Sundance 2013) and This is Not a Film (Cannes 2011).

How do you choose locations that aren’t going to require paying for permits or require a lot of set decoration?

We start with looking around our own spaces and to people we know. My wife and I live in a beautiful old Chicago home that was profiled in American Bungalow. We have shot in every nook and cranny of the place. In making Hogtown, we also discovered the power of asking nicely. We made a lot of one-to-one contact with owners of some incredible locations. We got the Crown Point Jail, which had been rebuilt by Paramount for Public Enemies. We got a beautiful old church that survived the great Chicago Fire. We got period trains from the Illinois Railway Museum, which is the biggest train museum in the country. We were up front about our budget, and in most cases we got by with proof of insurance alone.

How hard is it to convince actors to work for free?

We do a significant amount of casting through Craigslist. On Hogtown, the posting for one of the female lead roles had more than 100 responses, even when we were entirely up front in the posting – which is absolutely critical – about there being no pay and that tasteful nudity might be required. The actors who monitor Craigslist in turn are part of larger communities of actors – such as Sandy Gulliver of Chicago Acting in Film – and tend to get the word out to other actors.

What about recruiting crew members, or are they primarily students?

It’s a mix. We do work with many students, but also with alumni and colleagues. At the best of times we’re a merry band of brothers and sisters. Our more dedicated students are given more significant functions. Rachel Rozycki, an MFA student, started as an AD and showed a level of commitment that merited a shared producer credit. Others want only to come in for a day or two. We maintained a large pool, and reached out to everyone through doodle.com, posting a range of dates and seeing who could commit to joining us on any given day.

How much time, and budget, is typically spent on post-production?

We spend very little money on post, but massive amounts of time and patient energy. The Last Soul had roughly 35 hours of footage and was cut down to a short feature film; Hogtown has roughly 100 hours of footage and is being cut down to two hours. I am the editor – and because I consider editing to be a critical phase of the writing – I am spending as many hours dragging and dropping footage as I spent typing in Movie Magic Screenwriter. I have spent the last three months in my dungeon—I mean in my editing room – and I am not halfway home.

You made short and full length versions of your films. What are the practical and creative reasons behind that?

Making a short version of Chicago Heights – we called it Nobody Knows – was valuable from a creative standpoint because it helped me identify the core of the narrative. The practical value of the short was that we were able to position it in the Short Film Corner at the Cannes Film Festival, where it collected its first hints of legitimacy. We’ve done the same thing with Hogtown. I cut it as a short film called Belles Filles, and though I was too overwhelmed with other production commitments to get it finished on time, it helped me solve a major concern with the protagonist and fix the most glaring problem in the storyline.

Having a completed film is great, but the trick is getting people to see it. How can a filmmaker decide which contests and festivals to enter?

You need to be strategic. You need to do your homework on the festivals and you need to be realistic. There were 13,000 submissions to Sundance last year. Most of the films they accept are already pedigreed to a certain extent – they star the indie actor de jour or they were directed by someone already stamped with Sundance approval – so the odds are just ridiculously low to start with.

Find your niche. If your film is set in the gay community, look not just to the majors but to the many LGBT festivals. We had a largely African American cast, so we looked to African American festivals as well as the more generalized independent venues. It doesn’t hurt to look local, as well – not just at the big local festivals, but at the many small ones.

How important is social media to filmmakers when it comes to promoting their work, or simply as a networking tool?

It makes a big difference. One of the things I like most about our Hogtown page is that it allows us to post production stills within hours or days of shooting, so actors and crew see immediate evidence and warm reminders of the experience.

How can filmmakers make the most of attending film festivals, even if their work isn’t being shown?

I’ll recommend Cannes above any other festival. Many of us think of Cannes as too rich for our blood, too far, too expensive, too difficult to navigate. It’s a pricey flight from North America, but if you’re willing to stay a train stop or two away, Cannes is cheaper than Sundance, which has expensive hotels and film passes. Most people don’t realize that basic accreditation at Cannes – so long as you meet review requirements – is free, meaning films are free and you have access to the most influential business professionals in the film industry. I went this year and met programmers from Toronto and Sundance, art house distributors from around the world, and made at least one very promising co-production connection. I also got the word out a bit about my current film with postcards, specifically targeting the mailboxes of the journalists and film critics I admire most.

Not all films get distribution deals – what other options are there to get a film seen?

It’s getting easier to find distribution through niche companies. Our distributor – initially Kirk Harris of Rogue Arts – made a huge difference by showing faith in us, and ultimately helped us get Last Soul… everywhere – onto Netflix, into Best Buy and Barnes & Noble and into uncountable other outlets. Just being out there means a lot to all of us involved in the film.

That said, I suspect the argument for self-distribution will get stronger year by year. When we can tap into Netflix and the major vendors the way we can tap into Amazon now – anyone can sell a film through Amazon – things will change.

Publicity is important, too. You were interviewed on NPR about Chicago Heights – how did that happen?

I don’t remember how I ended up on NPR, but I can say that anything you can do to draw attention to your work has a lot of upside. Don’t be shy about making personal contact with radio stations and reporters and critics, if only to say you’d be grateful if they kept your film on their radar. I reached out personally to Roger Ebert more than a year before he reviewed our film. He did not respond to my initial email, but I have wondered if it still might have made a difference in having him notice us.

I want to underscore the value of graphic design as part of the process. Good design is critical. I have the good fortune of being married to an extraordinary designer, and she works closely with me to bring ideas for posters, DVD cases, brochures to life.

What are other ways filmmakers can generate interest in their films?

Regional libraries are always appreciative of the opportunity to screen socially relevant work and to welcome filmmakers for introductions and Q&As. These are always pleasant experiences and I feel like they make for good karma.

Daniel Nearing’s new film, Hogtown, is part of the Black Harvest Film Festival at the Siskel Film Center in Chicago this weekend.

Paula Hendrickson is an Illinois-based freelance writer and editor. She's a regular contributor to both Emmy and Variety, and her work has appeared in dozens of publications and websites.