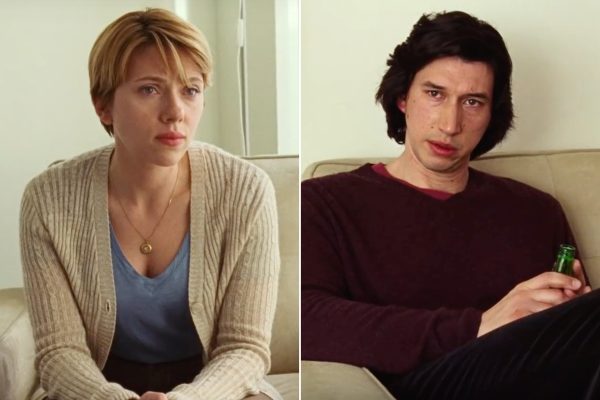 “Marriage Story” Chronicles Characters Who Grow Through the Travails of Divorce

Noah Baumbach is exceedingly clever. In his latest film Marriage Story the filmmaker not only confounds expectations, starting with a title that could actually be entitled “Divorce Story,” but he usurps our filmgoer presumptions all the way through. He sets up his dueling partners even-handedly to make it difficult for the audience to take sides. Baumbach keeps his divorcing characters likable and sympathetic too, even when they’re being petty and self-pitying. Finally, Baumbach eschews some of the norms of his style, favoring longer takes instead of his usual brisk pace, and writing dialogue that’s more serious than ever before. Ultimately, what he’s done is make a film that explores how divorce builds character, literally and figuratively. It’s an extraordinary character study, and easily one of 2019’s best films.

From the very get-go, Baumbach challenges the conventions of such narratives, ignoring the one-sidedness arguments in films like Kramer vs. Kramer (despite that title), as well as his own narrative norms. Nicole (Scarlett Johansson) and Charlie (Adam Driver) begin by detailing in voice-over what they love about each other. As they read their lists, Baumbach visualizes the descriptions via a loving, extended montage showcasing their life together, ensuring we fall in love with these two. The usually cynical and biting Baumbach isn’t present in such scenes. Then he reveals that this is a divorce exercise hoisted upon them by their divorce mediator to help them stay civil. It’s the first of many ways Baumbach will confound our expectations, sometimes being sarcastic, other times, supremely sentimental.

Clearly, Baumbach wants to challenge his audience, so he makes both characters very sympathetic and complicated. They’re theater people who were once very good for each other, but they’ve grown apart and are no longer all that right for each other. Actress Nicole wants to break out of the theatrical partnership with stage wunderkind Charlie and explore the television industry beckoning her back to LA where she hails from. Meanwhile, director/producer Charlie has become more and more consumed with his work, and his pre-occupation triggers Nicole’s need for a break from him at home and at work.

Complicating matters are their 8-year-old son Henry (Azhy Robertson). He treks with mom to the west coast after his folks separate, and they end up moving back into the home of Nicole’s loving mom (Julie Hagerty, in a warm and funny turn). Meanwhile, Charlie tries to figure out how to negotiate bi-coastal visits with his son as well as lay the groundwork for his custody in their divorce. Charlie senses things slipping away from him, being out of control for the first time in a long time, and it starts to befuddle him. Still, he quickly adapts, renting an apartment in LA to be closer and become a much more involved father.

Here too Baumbach keeps us guessing as the film doesn’t immediately go for big fights or bombastic courtroom showdowns. Instead, he dramatizes the minutiae of starting over, lingering on the parents figuring out calendars, their changing relationships with friends and family, not to mention carving out time for their moody boy Henry.

All of this is harder on Charlie, since he’s just not a California kind of guy, and some of the funnier moments in the film happen during his struggles to adjust to La La Land. Driver’s deadpan reactions to the endless traffic, the sunny weather, and the TV industry make for wonderfully droll comedic moments. Especially funny is his meeting with Jay, a cutthroat LA attorney (Ray Liotta) he considers representing him in the pending divorce. Not only is the lawyer’s casual viciousness an eye-opener to Charlie, but so are his sky-high rates. It’s a wonder that Charlie doesn’t explode a hundred times over, but this is a story about growing apart and growing as an individual. Charlie learns a lot and accepts not always being able to control every stage of his life.

Nicole, on the other hand, delights in being back on familiar ground. She finds a renewed comfort level in her family, familiar surroundings, and the popular TV series she landed. Still, mothering as a single mom isn’t easy, and navigating the give and take with Charlie challenges her patience and temper too. She too will grow as she realizes that despite her emancipation, there are still two other lives directly involved in her world that she must respect and keep in good stead.

Even when Baumbach moves Nicole and Charlie closer and closer to the courtroom, he avoids clichés of the genre, downplaying much of the bombast that other divorce stories would revel in. Nicole’s attorney Nora (Laura Dern) has moments of stridency, but she’s no villain. Baumbach invests her with a personal story that’s sympathetic and an approach to divorce that’s quite modulated. Dern underplays throughout, creating a character to admire, rather than a caricatured foil to hiss at.

Liotta is a hoot, hurling insults with the casual abandon of Groucho Marx. Alan Alda, as Bert, the other attorney who Charlie employs, gives a wonderfully nuanced supporting performance, one of the best of his career. Alda showcases this veteran of the divorce game, a kind soul who’s still stymied by the destruction it creates, and he’s moving and wry in his attempts to educate Charlie about LA law. Meanwhile,  Johansson does her finest screen work to date, keeping moments of uncertainty and hesitancy visible in all she does, even as she keeps rising and rising through her independence.

Baumbach is always supreme in his direction of actors and Johansson, Dern, Alda, and Liotta will likely figure in the coming awards season, but it is Driver who stands out most vividly. His arc is the most dramatic as the cool and confident Charlie keeps getting taken down another peg at a time. Driver has one big scene where he explodes, and he aces such emotional fireworks, but his best moments occur during a social workers’ visit to his LA apartment. She’s studying his worthiness as a father within the custody battle, and as he tries to present a perfect picture, Charlie ends up accidentally cutting his arm. He tries to act nonchalant about it all, but he starts to lose a lot of blood and get woozy. It’s the most hilarious and heartbreaking scene in the film, an instant classic. And yet true to form here, Baumbach doesn’t end it quite where you think it’s likely going.

Ultimately, Baumbach doesn’t fix the blame of the marriage failure here, but rather, he showcases the characters fixing their lives as they’re forced to adapt to it. Change is inevitable, the filmmaker argues, and even something as tragic as divorce can lead to personal growth. Marriage Story also demonstrates his growth as a filmmaker. Baumbach’s always been a sharp and clever observer of modern society, but here he foregoes some of his snark and crackling pacing to sit and simply observe humanity. It makes for a film as engrossing as any in his oeuvre, or of any this year.

View the trailer of Marriage Story below: