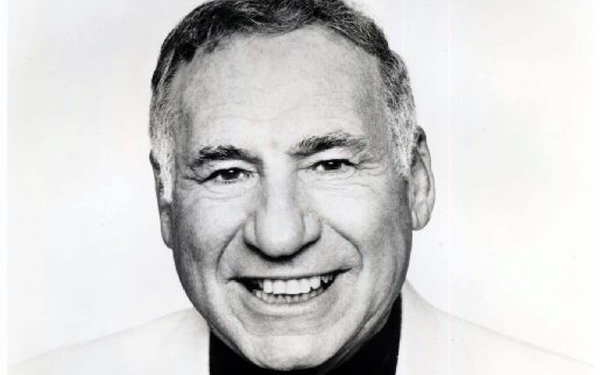 Somewhere between the designations of filmmaker, comedian, composer, actor, and songwriter lies Mel Brooks. As a Brooklyn native, Brooks was raised by a single-mother where he discovered the outside world through film. As a teen, he learned the drums and even started making money as a performer at the age of fourteen. After school, Brooks served in WWII and then got a job playing drums at various clubs in the Catskills.

After these vast experiences, Brooks began a comedy act, which later led to a career as a writer in shows like Your Show of Shows and Caesar’s Hour in the early 1950s. Best known for his early work on sketch comedy shows with Carl Reiner, the television series Get Smart, and films like The Producers, Blazing Saddles, Young Frankenstein, Space Balls and Robin Hood: Men in Tights. Brooks is one of a handful of individuals who has won an Emmy, a Grammy, an Oscar and a Tony, as well as various lifetime achievement awards.

Cary Elwes as Robin in Robin Hood: Men in Tights

Can you describe the writing process you employed on iconic films like Blazing Saddles and Young Frankenstein?

The writing process on Blazing Saddles was the complete opposite of the writing process on Young Frankenstein. Blazing Saddles was more or less written in the middle of a drunken fistfight. There were five of us all yelling loudly for our ideas to be put into the movie. Not only was I the loudest, but luckily I also had the right as director to decide what was in or out.

Young Frankenstein was a whole different journey. It started with Gene Wilder’s notion that the grandson of mad scientist Dr. Viktor Frankenstein—Freddie Fronkensteen—wanted little or nothing to do with the nonsense of trying to reanimate dead tissue.

Little by little, every night, Gene and I met at his bungalow at the Bel Air Hotel. We ordered a pot of Earl Grey tea coupled with a container of cream and a small kettle of brown sugar cubes. To go with it we had a pack of British digestive biscuits.

And step-by-step, ever so cautiously, we proceeded on a dark narrow twisting path to the eventual screenplay in which good sense and caution are thrown out the window and madness ensues.

You’ve played drums since a very early age and in the past have recommended others taking up an instrument. How did percussion influence your films and the writing process?

Playing the drums is an exercise in rhythm. So in writing and directing my movies I always knew what the rhythm of a scene should be—which helped me immeasurably.

You’ve mentioned your fascination with Fred Astaire films. What made you want to bring those elaborate dance scenes and sets to comedic films?

The Fred and Ginger films were, in my mind, always perfect romantic musical comedy movies. They were like dreams come to life. When you lived in a tenement in Brooklyn with linoleum floors and then would go to RKO Republic, and Fred and Ginger were gliding gracefully over big black and white tiles, you knew there had to be a better world somewhere. I always wanted to salute that magical feeling in my own movies and, God dammit, I did!

What secrets or methods have you passed along to your son, Nicholas?

I don’t think it’s possible for anyone to pass anything along to his progeny. I have four children and each and every one of them could have come from a different planet.

If you see my son Nicholas’ film Sam you will see very little of my stuff, but a whole bunch of new and wonderful stuff that Nick has brought to life from his own imagination.

Sam Kleier as Doc and Natalie Knepp as Samantha in Sam

If you enjoyed this article, don’t forget to check out our interview with Mel Brook’s son, Nicholas, on his latest film Sam.