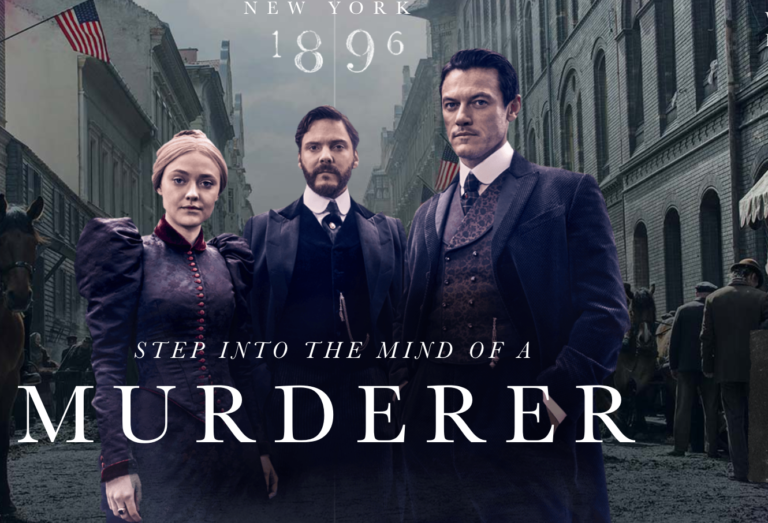 The Modernity in “The Alienist” Made for a Timely Period Piece

Fans of Caleb Carr’s bestseller The Alienist waited 24 long years to see it finally visualized onscreen. The period thriller, published in 1994, and set in 1896, was novel in its time for being one of the first works of fiction to examine the serial killer mind, as well as blend history and fiction. At the time of its creation, The Alienist was mostly compared to E. L. Doctorow’s book Ragtime, a sprawling tome with much in common with Carr’s titular work. Similarly, Doctorow too wrote “historical faction,” set his story in the sprawling New York of the late 19th century and described in vivid detail the characters and settings of the city.

But now, almost a quarter-century later, there have been so many movies and TV shows about serial killers and profilers, how would THE ALIENIST not seem redundant when it finally made it onscreen? Could it reclaim the mantle after so many other profiler stories made it into movie theaters or on television first? What did it need to do to stand out and not feel “after the fact,” especially when there have been so many serial killer whodunits glutting our pop culture for years now?

For starters, the makers of THE ALIENIST wisely decided upon the long form of television to tell their tale. In the early years after the book became a bestseller, many in Hollywood tried to turn it into a film for the big screen. People like producer Scott Rudin and director Curtis Hanson took their crack at it, but the novel’s density was intimidating and not readily shrunk to a typical two-hour movie. Many came and went with the project, but when the production company Anonymous Content got their hands on it, they took it to the TNT network to ensure it was told in the long form.

The scope of the narrative was equally as daunting to those in the 90’s trying to get it made, especially since Carr’s prose veered from such a vast range of settings. The story covered a lot of ground, from gorgeous opera houses to the working-class slums to the heights of the Williamsburg Bridge. Waiting all those years helped THE ALIENIST as the advances in technology over the decades meant that so many of the settings could be rendered with CGI. It also helped that shooting far from LA soundstages made everything more economically feasible as well. Shooting in Budapest meant that a full, four blocks of NYC could be built for a fraction of what it would have cost in Hollywood.

Finally, there was the subject of the murders. Even though THE SILENCE OF THE LAMBS showcased a cannibal with a penchant for turning his murders into artistic tableaus in 1991, the idea of visualizing 13-year-old boy whores in the story of THE ALIENIST was deemed too unseemly for many in those early pre-production days in the 90’s. But now, almost anything goes on television, and horror violence has been mainstreamed so that the gruesome content of THE ALIENIST would not be regarded as unfilmable. The story’s gouged-out eyes and severed genitals are still shocking 24 years later, but many mainstream tentpole projects have shown a lot worse.

As Anonymous Content and TNT charged ahead with their production, fans of the book could sigh with relief. Now, the weighty and detailed novel would not have to be condensed into Cineplex length, and all of the book’s glorious detail and production value could live and breathe in a generously budgeted, 10-hour show.

And indeed, one of the most significant parts of the miniseries is how much of Carr’s descriptions have made it intact onto our TV screens. So many of the sights, sounds, and smells seemed to come right off the screen in this evocative production. It was an incredibly visual show, one that often lingered on the details of the production design to showcase the elaborate world that Carr wrote about. From the gorgeous tapestries and decorations of the home of Dr. Lazlo Kreisler (Daniel Bruhl) to the ruins of the New York farm where the killer forged his modus operandi, the series brought it all to meticulous life.

Great care and attention were given to the costuming as well, in ways that may not have been possible 24 years ago. The clothing was researched with painstaking accuracy and not only was specific to the trends of the period, but the fashions said so much about each of the characters. John Moore (Luke Evans), the dashing man about town and artist dressed in bold patterns and a broader color scheme. The more reserved Kreizler was given a wardrobe favoring dark grays and charcoal-colored suits to essay the proper authority of his profession. And the lesser-off Isaacson brothers (Douglas Smith and Matthew Shear) were dressed in more affordable fabrics, with a lot less dash than the likes of Moore, due to their modest forensic analyst salaries. It was all incredibly smart and on the money.

Most telling of all the costumes were those worn by Sara Howard (Dakota Fanning). Her trendy, puffy ‘leg of mutton‘ sleeves helped the petite woman project a broader frame and strength to the world of pigheaded policemen she had to work with on a daily basis. And her daytime apparel contrasted significantly with her nighttime outfits. On the job, her color palette was all dark hues. Away from the office, Sara was able to indulge in more feminine fare like off-the-shoulder, cream-colored gowns that showed off décolletage.

Perhaps Sara’s best costume was the one she wore for her train trip to upper New York in episode eight. For that journey out of town, she dressed in an elaborate blue-striped ensemble with a matching, jaunty hat. It stood out as one of the few times Sara likely felt that she could choose to be more fashion-forward. She couldn’t dare dress so provocatively in the testosterone-drenched halls of her employ.

Still, while THE ALIENIST on TV kept very close to Carr’s most minute details, as well as the specifics of his storytelling, it is the places where the series shifted in its telling that rendered it the most modern and relevant to our times. For starters, one of the ways this television adaptation separated itself nicely from similar types of stories that proceeded it was to change various specifics of the characters to make them more unexpected. In the book, Kreizler is a controversial figure just as he is here, but he’s not as persnickety as the show made him. True, he’s German in both, and strict in almost a cliché Teutonic way, but he’s far less approachable in the television adaptation, and that made this lead as puzzling as the crimes he was investigating.

And, by casting the enigmatic Bruhl, an actor who wisely knows to hold back when needed, the series ensured that the character would never be too cuddly or lovable like so many sleuths on television. Bruhl played much of Kreizler either staring at his colleagues or facing away a bit from them. This illustrated both the doctor’s relentless badgering of others, as well as his shame in noticing them eyeing his handicapped arm. It made him almost mercurial, hard to read from scene to scene, and that made for more unexpected and exciting television. Even at the end, when all of the secret sleuths were safe and together, the warmth Kreizler projected was at best a mid-boil.

It was also shrewd of the series to change John Moore from a New York Times crime reporter to a police sketch artist. For starters, making his occupation more of a visual one allowed for his illustrations to show what might have been too grisly for the camera to linger on. The horrifying mutilations of the young boys looked disgusting enough in his charcoal sketches. The change in Moore’s profession also allowed for him to be more of an odd man out. Moore became the more naive eyes, the conduit of the audience.  And the ever-charming Evans made Moore relatable and likable even in his more befuddled moments.

Most importantly, the character of Sara took center stage on television much more than she did in the novel, easily equaling the importance of Kreizler and Moore onscreen. Benefiting from the lens of the #MeToo and #TimesUp movements, her character ultimately becomes the de facto centerpiece this time out. Sara is the only character who each day had to venture into a career where she was not welcome by any of her colleagues except her boss, police commissioner Teddy Roosevelt (Brian Geraghty). Fighting against all those prejudices and ‘male gazes’ helped Sara become the central hero in the story. And Fanning did her best screen work to date in the role, worthy of an Emmy for playing Sara so strong, yet subtle. We knew everything the character was thinking, even if she had to maintain an implacable poker face around her male counterparts in the NYPD.

Finally, in many ways, the most authentic narrative at play here is the one written between the lines. At the beginning of the book, and at the start of each episode, the term alienist gets explained as such: In the 19th Century, persons suffering from mental illness were thought to be alienated from their own true natures. The alienated here are Kreizler’s patients, indeed, and the boy victims as well, but main characters are alienated as well. Including Kreizler.

The secret sleuths are alien to the norms of the world around them by their investigation alone. Also, Kreizler is a German immigrant, handicapped with a bum arm, and a doctor not given the respect he deserves. All that makes him alien to the world around him, even if he is an entitled man on other levels. Moore, of course, is an artist, a step down from a crime reporter, and he’s a bit of a cad, too. Even though he cuts quite the figure, he is hardly the conservative gentleman of means like most of his contemporaries in the one percent. Sara is alien to just about everything, due solely to her sex. Even the Isaacson’s are odd men out being Jewish, as well as scientists in an overtly masculine profession.

These themes of diversity were what made this miniseries so utterly contemporary and relevant, no matter if its serial killer story felt a bit old hat. As Roosevelt said in the show, “You can’t hold back the future.” The fact that America seems to be going backward today, what with the tin-eared machinations in D.C., underlines those themes in THE ALIENIST and make it wholly ‘in the moment.’

And while it struck some as unsatisfactory that Kreizler et al. were not able to keep the murderer of all those young boys alive to ascertain more about his motivations, that ending is there to remind us that our society still had so much work to do then. And now. The story’s thuggish cops get away with their transgressions in the book and the show because the white, male patriarchy controls the world. Isn’t that still all too true today on so many levels? This message is what helped ensure that THE ALIENIST was immediate and vital, even 24 years after the book. The series made a blatant bid for the inclusion of all those on the outside looking in. And in doing so, the show could not have been timelier or more modern or wholly necessary. Watch the trailer.