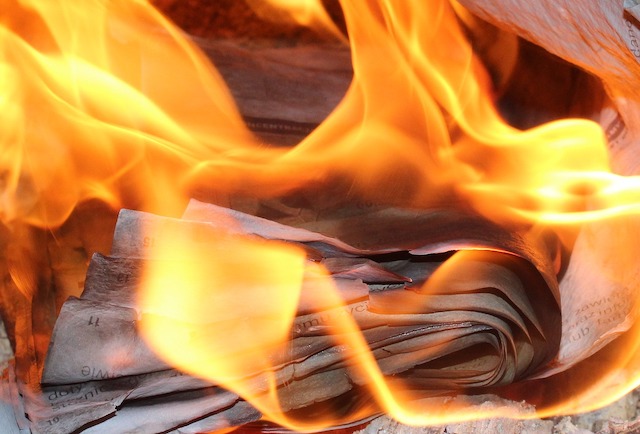 Why Your Outline Could Kill Your Screenplay

Your outline could be killing your screenplay. That’s right, the tool everyone says you must have in order to start work on a successful screenplay could be doing the opposite.

Why? Because outlines force you to plan like an engineer not craft like a storyteller. Outlines drive you into linear thinking when the most memorable characters and compelling stories emerge from lateral thinking. Outlines lock you and your script into a box when the most exhilarating films are always found outside the box.

Wouldn’t you rather create your screenplay? Wouldn’t you rather free yourself from the “box” everyone else is writing from and, instead, pitch stories that are more original, imaginative and captivating than any constructed from an outline?

Before you answer, let me reassure you that I’m not asking you to abandon three-act structure, beats, plot points and other traditional tools of the screenwriting craft. I’m not even suggesting you give up outlines altogether. But instead of using them to build your screenplay, use them to revise and refine it.

Here’s an incentive: If you apply the approach I’m about to describe, your screenplays will ultimately incorporate many of the very structural elements you once labored over. Organically.

That’s because natural storytelling structures itself — with a beginning, a middle and an end and with the turning points that inherently build suspense. That doesn’t mean that those structural elements won’t need tightening and fine-tuning. Of course they will.

The difference is that your story won’t start its creative life already constrained by structure and by the outline that put that structure in place. Rather, structure will serve the story you’re telling instead of being its master. Isn’t that the way it ought to be? Isn’t storytelling why we’re all here?

Have you noticed that the best of those stories are the ones that are spontaneous and unrehearsed? That are open and free-flowing? That ignite your imagination in the telling of them as much as they ignite the imagination of your listeners? It’s no different with the stories you write as screenplays.

Despite its non-prose structure and strict format requirements, a screenplay is no less about igniting imagination and freeing up flow than any other storytelling enterprise.

“I don’t write an outline,” Guillermo Del Toro (Pan’s Labyrinth, The Shape of Water) said in his 2011 BAFTA Screenwriter’s Lecture. “I have no preconception. I have no preconceived ideas. I have just a very vague idea of where the story’s heading and what structure it needs. So the way I write the stories is I sit down and begin writing.”

Generally, Arriaga also has no concept of how his story is going to end, nor does he spend any time “developing” his characters before he starts. He just starts and trusts that his story and its characters will reveal themselves to him as he writes.

“I want to be as free as possible, to have these things coming naturally,” he said.

I didn’t know about Arriaga’s approach when I wrote my first screenplay. I did know that traditional screenwriting strategies weren’t going to work for me. I have never planned, plotted or outlined anything — from term papers back in school all the way up to my published novels. Even before I had a formal name for it and began teaching it, I have always written on what I now call the MUSE STREAM.

If you have ever written morning pages or experienced free writing, then you have already dipped your toes into the Muse Stream. But while those other techniques are prescribed primarily as personal-growth exercises or to prime your creative pump, the Muse Stream can be more than that.

If you dive into it and surrender unconditionally to its current, the Muse Stream will write the first draft of your screenplay for you. It’s that simple. And as you become more practiced and more trusting in the process, your three acts will emerge on their own, as will many of your beats and plot points.

Here’s how it works: Type “FADE IN” and just start writing what you know of your story, even if it’s nothing at all. Once you begin, don’t stop — to correct or edit, to grope for the “right” word, to worry about consistency or redundancy or to look back over what you’ve already written. And don’t stop to fuss with format or structure.

Will that first draft of your screenplay be messy and inconsistent? Probably. But you will have given your story and its characters the freedom to blossom that an outline can never provide. As for the inevitable chaos of an outline-free first draft, that’s what your next drafts are for. It’s in those later drafts where you can apply the structural tools that will help you produce a polished screenplay.

Here’s why it works: By writing without stopping, you are forced to go with first thoughts, to commit to the page whatever leaps first into your mind, however wacky it might seem. In fact, the wackier it seems, the more likely it is that your inner censor is interfering with your creative process.

The Muse Stream helps bypass that inner critic and gets your most creative thoughts onto the page before those logical, analytical, critical, cynical, doubt-filled, fearful or judgmental parts of you can stop them.

“You have a lot of doubts when you read in unfinished fragments,” Francis Ford Coppola (The Godfather) told this magazine in 2009. “There’s almost a hormone that secretes from writers to hate what they’re writing, so you get fooled into reworking and changing it.”

As Coppola works on a screenplay, he never looks back over what he has already written and never rewrites until he is ready to start a new draft. He just keeps moving forward. “It’s counterproductive to start judging it before you’ve allowed the whole trip to take place.”

What if you can’t move forward? What if the next word won’t come? Write anything, even if it means repeating the last word or sentence you wrote. Getting any words onto the page will ultimately free up the words of your screenplay. You can also temporarily switch to prose if screenwriting’s rigid format requirements are getting in your way.

Another reason you might find yourself feeling stuck is that you’re trying to control your story or its characters. Pulitzer Prize-winning novelist Anne Tyler has written that her worst blocks come when she has “made a character do what he doesn’t want to do.”

When you give up conscious control of your screenplay and allow yourself to surrender to the intuitive, un-outlined journey that is the Muse Stream, you stop forcing your story and its characters to be what you think they should be and start freeing them into their best, most creative and compelling expression.

That doesn’t make outlining wrong. There are no absolutes in creativity. In the end, though, your responsibility as screenwriter-creator is to serve your screenplay not control it, which, too often, is what an outline ends up doing.

A few years ago on Facebook, a fellow writer challenged my attitude toward outlines and the Muse Stream. His argument went something like this: “The problem a lot of writers have is not being able to nail down exactly what their ending is before they start. That would be like getting in the car for a weekend getaway and not having any idea where you’re going… just driving aimlessly, wasting a whole lot of gas. That’s the value of a map, of an outline: If you know where you’re going, you will get there, and usually in the most direct line.”

Frankly, I think it’s more fun to start up the car with no fixed destination in mind. Nearly always, it takes me to a place I never could have imagined going, along a route I never would have thought of traveling. Writing a screenplay on the Muse Stream is no different.

Can it be scary? Certainly. Can it feel out-of-control? Absolutely. But it’s in uncharted territory where innovation reveals itself, where characters evolve in unforeseen ways, where stories take unexpected turns…where creativity happens.

When I write a screenplay, I sit in the passenger seat of the experience; I leave the steering wheel to the story. What I’m really doing is putting my unconscious mind in the driver’s seat. If I let it take charge, I know that it will introduce me to scenes, characters and situations that are far superior to those my conscious mind could have thought up…or outlined. Down the road in future drafts, I will clean up my scenes, tighten my structure and punch up my dialogue. For now, though, all I have to do is enjoy the ride! An outline would just get in my way.

Don’t let it get in yours! 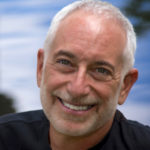 A writer who refuses to outline anything, Mark David Gerson wrote Organic Screenwriting: Writing for Film, Naturally because when searching out books to help him craft his first screenplay, he couldn’t find any suited to his less-structured approach. That screenplay, the first story in his Q’ntana fantasy trilogy, is now in active development with Anvil Springs Entertainment, as are its two sequels. His 16 other books include popular titles for writers, award-winning fiction, compelling memoirs and critically acclaimed self-help books. As a writing coach, consultant and workshop facilitator, Mark David works with writers around the world to help them get their stories onto the page and onto the screen with ease. He is currently working on his seventh novel, on a third book in his Way of the Fool personal growth series and on stage adaptations of his Q’ntana Trilogy stories. <br> <table> <tr> <td><a href="http://www.markdavidgerson.com"><img src="https://creativescreenwriting.com/wp-content/uploads/2016/08/website-2-small.png" style="height:25px"></a> </td> <td><a href="http://www.markdavidgerson.com">www.markdavidgerson.com</a> </td> </tr> </table>