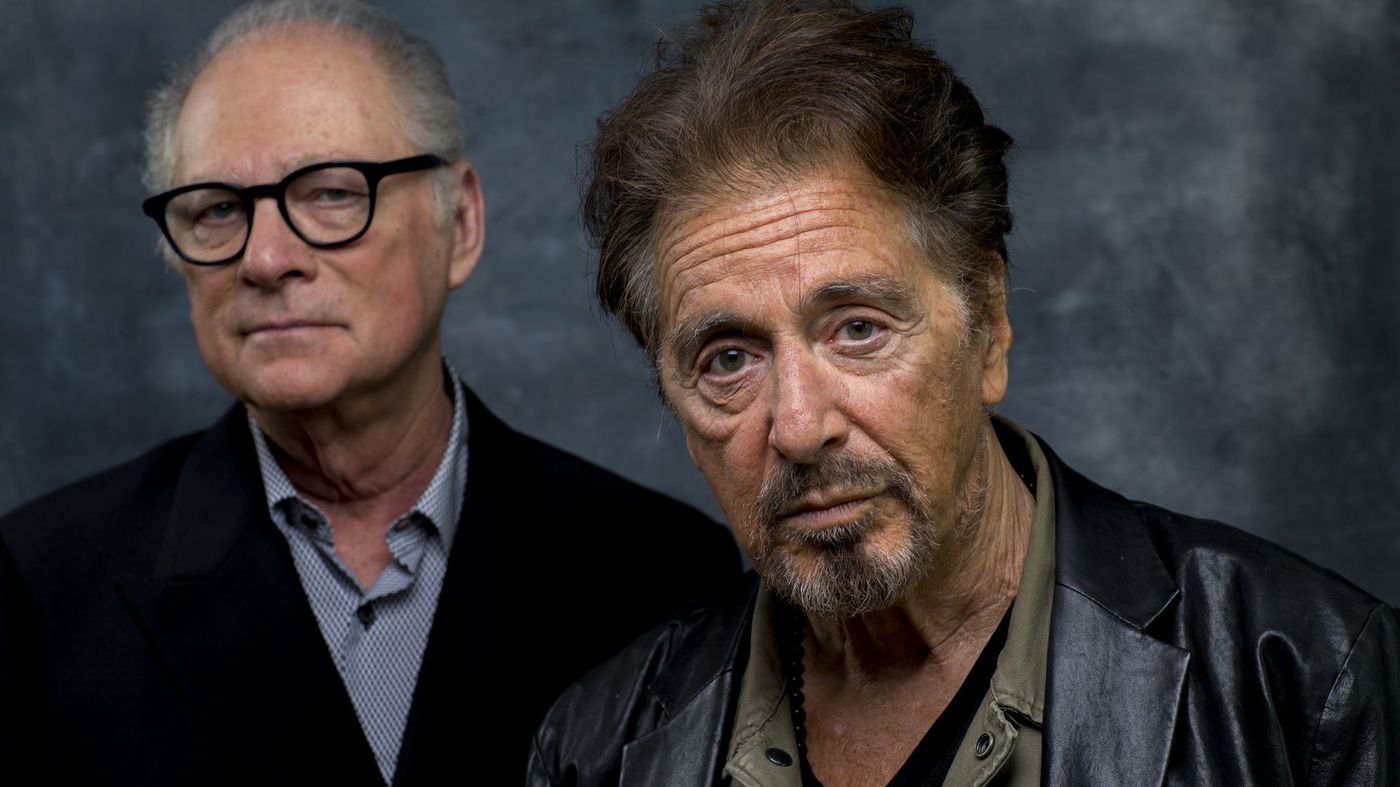 Pacino Renders a Devastating Portrait of “Paterno” for HBO

Despite the name “Paterno” on the new HBO TV-movie, it’s not a biopic focusing on the 45-year career of Joe Paterno, head coach of the Penn State Nittany Lions. Rather, it deals with the 11 days after his record-setting 409th career victory, when his part in the cover-up of a child sex scandal brought an end to his illustrious career. Despite all those decades and achievements, Paterno’s reputation was washed away by the revelation of his failure to stop his former defense coordinator Jerry Sandusky from well over a decade of pedophilia within the school. That scandal is Paterno’s legacy now.

The news of Sandusky’s abuse of young boys within the showers and hallways of the athletic department at Penn not only killed the reputation of JoePa, as he was affectionately known around campus, but it forever tainted the school. It is a heavy series of events for any biographical film to dramatize, and HBO’s film that premiered on April 7 does a crackerjack job of showing just how devastating it was. The script by Debra Cahn and John C. Richards excises any fluff that might have painted a kinder portrait of Paterno. Instead, it keeps the focus on the 84-year-old coach as the scandal grew from local crisis into a national shit storm.

Veteran filmmaker Barry Levinson wisely shoots the film as the indictment it is, focusing mostly on Paterno. And in Pacino, he has an actor who not only brings Paterno uncannily to life but isn’t afraid to show the blithe villainy of the self-absorbed coach. Pacino has made quite the cottage industry as of late portraying scandalous men for HBO. He superbly rendered Roy Cohn in the premium cable network’s miniseries of ANGELS IN AMERICA in 2003, Jack Kevorkian in YOU DON’T KNOW JACK in 2010, Phil Spector in PHIL SPECTOR in 2013, and now Paterno. As good as all his award-winning turns were in those previous four outings, PATERNO may be his wiliest performance for HBO yet. The veteran star renders a man who constantly is muttering claims of innocence under his breath, yet he ensures his eyes tell the truth as we watch his face. His Paterno knows the gig is up and that it’s time to pay the piper for his participation of the crimes.

Indeed, the screenplay logs scene after scene where Paterno grumbles and grouses about the scandal as if it’s a mere inconvenience, one keeping him from concentrating on next week’s game. That’s all the coach cares about, even as more and more of the scandal un-spools. He grumpily dismisses his family’s nagging questions about what he knew. He passes the buck, putting all the blame on Sandusky and the Penn State officials higher up on the food chain. Worst of all, he blows off reading the grand jury report that delves into the details of the skullduggery. It’s as if JoePa thought ignoring it would make it all go away.

Pacino shuffles about, slack in shoulders, and unable to look people in the eye, almost as if he’s playing a senior citizen losing his faculties, but it’s all a sly cover for a villain who could’ve done something about the decades of Sandusky’s crimes. (The film suggests that Paterno may have known about the rapes from 1976 on.) At first, it seems as if Pacino may be trying to make JoePa a sympathetic old man, but what he’s really doing is showing just how pathetic the arrogant coach truly was, hiding behind his old age and thinking that it would buy him cover.

Despite accomplished actors like Kathy Baker, Greg Grunberg, and Annie Parisse playing family members, they aren’t developed anywhere nearly as strong as the family patriarch. It seems to be a conscious decision to keep them on the periphery, acting in sort of a Greek chorus role, gasping at the shock of each revelation. And while the script could have used the breaking stories from Patriot-News reporter Sara Ganim (Riley Keough) as its framing device, it instead chose to use Paterno’s CT scan as such, allowing for the story to jump about like his thoughts during the procedure. (Incidentally, after his dismissal from Penn, Paterno died from lung cancer just 72 days later.)

Even after everyone realizes what’s happened, and his own family fully digests the horrors, Paterno still has trouble facing facts. When his wife Sue asks him about a decades-old vacation where Sandusky played with their kids in the pool, she wonders aloud if they were molested. Paterno can barely utter a syllable, let alone look her in the eye. He appears to be a man who cared only about pigskin, not even the hides of his own children.

The HBO movie is an epic takedown, almost Shakespearean in its way, and yet some of the most devastating facts fail to make the final cut. After Paterno was axed, the NCAA vacated all of Penn’s State’s wins from 1998 through 2011. Due to the evidence of Paterno’s duplicitous email correspondence for over a decade, the NCAA scrubbed the 111 victories he logged during those years from the record books. By doing so, Paterno dropped from the number one winningest coach to the 12th.

It might have been a better film if Ganim’s character arc was more substantial, or if the film had shamed more of the student body for their blind devotion to the coach, but this film clearly set out to be a concentrated character study. “Paterno”, both the film and the character, is shot mostly in shadows here. Despite the coach thinking that he was shining a light on the best of the college’s youth, what he was really doing was enabling far too many felonies to take place in the shadows. And Pacino, Levinson, et al. ensure that Paterno’s fraud gets illuminated in all its ugliness. Watch the trailer.