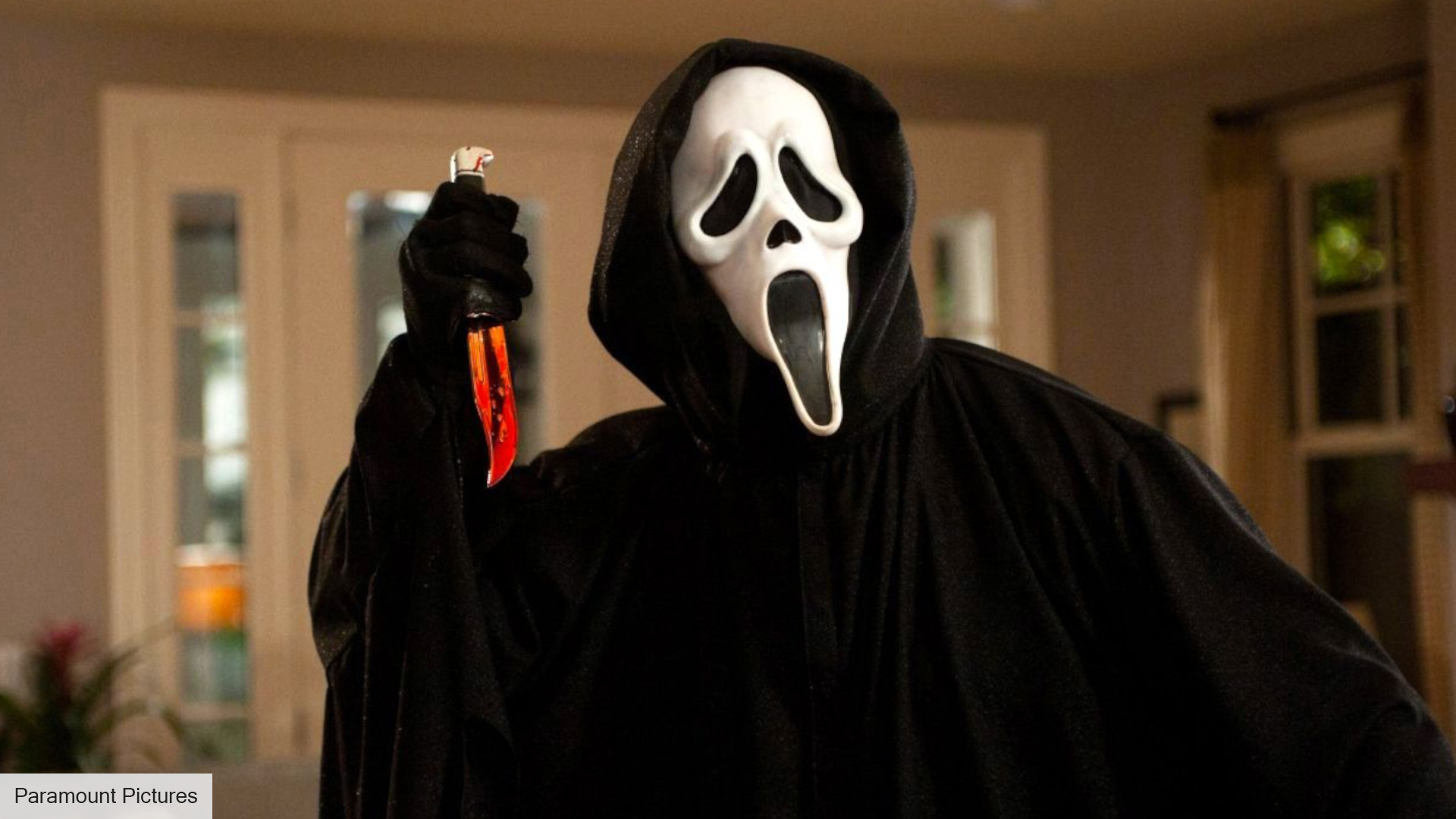 “Play Fair with the Audience” James Vanderbilt on ‘Scream’ and ‘Zodiac’

“I’m always writing something,” said James Vanderbilt. “I’m always working on a spec. I always want to have something that is just for me, not something I’ve promised someone or something from someone else’s IP or sandbox. I think that keeps me sane.”

“There’s also the safety net of writing a spec that if it’s absolutely terrible, no one has to know,” he joked. “I always have a secret project going somewhere,” he said, in regards to both assignment work and projects from his company Project X.

Vanderbilt, who has over a dozen writing credits on IMDB, is known for movies like Zodiac, The Amazing Spider-Man, Murder Mystery, and now, Scream. “Writing work for other people is also a great way to procrastinate making your own stuff.”

For idea generation, the writer said they come from all over. “My father was a musician, but his day job was that of a recording engineer. He said even when he would listen to music for fun, he was always listening for imperfections. I think all writers do that. Your writer brain is never completely turned off.” 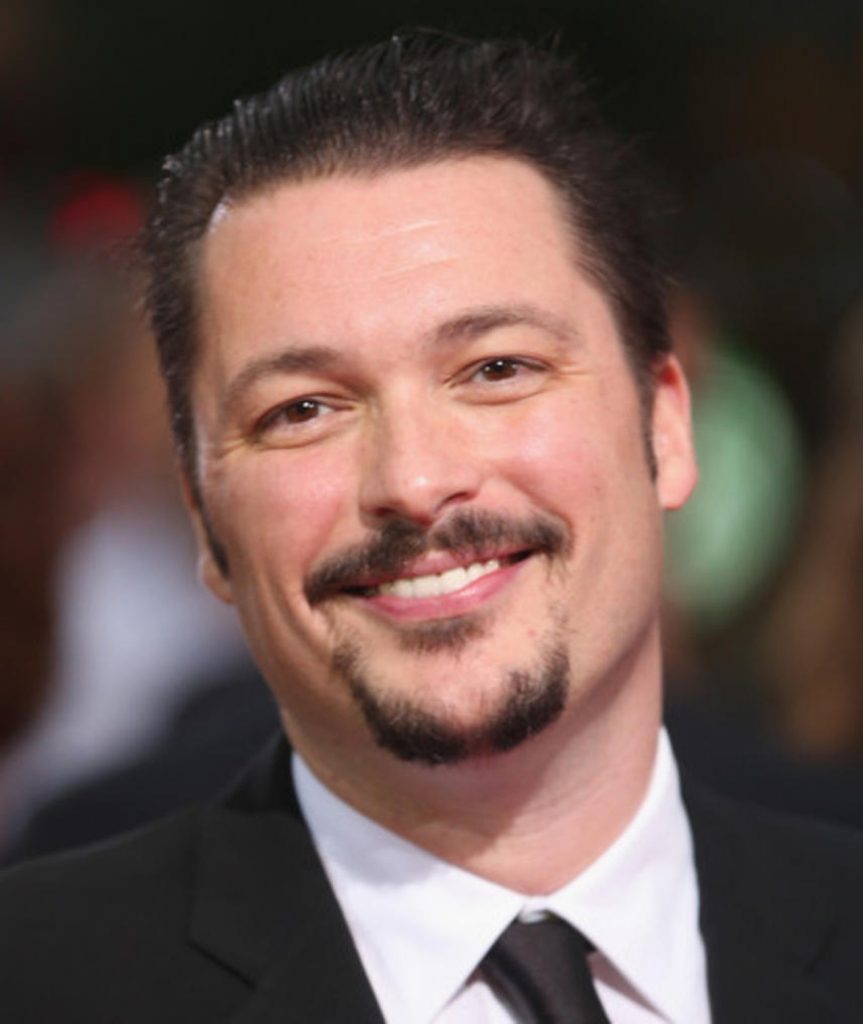 Other projects come from keeping up with the news, such as his project 2015 Truth, about a 2004 60 Minutes report. In the film, Robert Redford starred as Dan Rather. “Ideas can come from anywhere. When you least expect it, the good ones occur. I try not to chase them.”

Some ideas are instantly contagious while others build over time. “I try not to force that stuff. I find in the infancy of an idea, you can smother it in the crib if you’re not careful. As I get older, there’s less of me sitting down and figuring it out. It’s more of a go take a walk, go to the movies, hang out with your kid, and let your under-brain do that work for you.”

For sanity across a career, Vanderbilt has somewhat of a shifting scale between business and patience. It took about a dozen years to bring Murder Mystery to life, as an example, and he’s also been working on The Janson Directive (listed as pre-production with John Cena attached) for at least three years. “On the feature side, it’s a marathon until it’s a sprint.”

“The thing that keeps me sane is having multiple projects. Having things that are at different sort of stages. I don’t do well with being sedentary, or waiting for the phone to ring. That’s where writing things for myself comes to play, in terms of self-care. If the big movie, Janson Directive as an example, when that occurs the thing that keeps me sane is that I’m working on this other thing. Having a lot of plates spinning, for me, is healthy.”

Through a friendship with Gary Barber (The Lookout, Unbreakable), Project X was invited to look at some titles from the Weinstein Library, which included the Scream franchise. “That’s one of my favorite movies. I saw the original in college while I was trying to become a screenwriter.”

Vanderbilt appreciated Kevin Williamson’s original screenplay, which was “clever and funny and deconstructed the genre all at the same time.” He added, “That movie was so super amazing and formative.” In a short meeting, Vanderbilt was asked to write the reboot.

“It was this amazing thing where there was no blueprint, no constraints, and we were just asked to go and try to make the best version of a Scream movie that you can. So the first thing I did was bring on my friend Guy Busick (Ready or Not, Castle Rock). They wanted the movie quickly, so I knew together we could do it with great speed.”

To further build momentum, the duo also wanted to get the original screenwriter Kevin Williamson involved (the original director Wes Craven passed away in 2015). “We sat in a room, each had a legal pad, put on all four movies over two nights, then took notes and went through our thoughts. About 90 percent of our notes [matched].” Without giving away plot points, this meant bringing the original characters back to Woodsboro after twenty-five years.

“We wrote a very broad version of the story and pitched it to Kevin. He gave us notes, then we did the same thing with SpyGlass and that’s the movie that’s in theaters now.”

What separates Scream from other slasher films is that most slasher films are about the villains, where Scream is always about the hero. “Nightmare is about Freddy. Friday is about Jason. Scream is about Sidney. That’s a really interesting flip of how those movies are done.”

“We really wanted to honor that idea and the other thing is that Scream is always in conversation with its audience in the time it comes out. In 1996, it talks about the end of the slasher era and pokes fun at it. I don’t want to talk about the specific idea, but we wanted this movie to be about something for 2022 that was a commentary, and felt new and different.”

Personally, for Vanderbilt, this film is more of an ensemble piece, where he generally writes about loners or two-handers. “With horror or murder mysteries, you have to spend time with all of these characters so you can inspect them, engage with them, worry bout them — so you have to be careful with your real estate in the screenplay to get the audience invested.”

For Scream, of course, the writers were also concerned about whether or not the original cast — Neve Campbell, Courteney Cox, and David Arquette — would reprise their roles. “I think all of the legacy actors were concerned [with Wes gone], so we said we could make it without them if we needed to, but inside, we knew we needed them and took this if-you-build-it-they-will-come approach.”

“But, the job of any movie writer is to write the characters interestingly enough that the actors want to play that. With Neve, David, and Courteney, it was also about writing characters [differently from a version they were playing in the first movies]. Ten years had passed [from Scream 4] so let’s give them new flavors to play, things they haven’t done yet.”

Vanderbilt said the key to writing good horror is getting the audience invested in characters. “That’s what cracks it. That’s what makes it a visceral experience. It really comes down to characters. Crafting kill sequences, how they go down, is less difficult. The big thing is getting audiences to care. You can’t do violent kill sequences to somebody if they don’t care about the character. It’s all about character with horror.”

The screenwriter actually began his career in 2003 with the horror film Darkness Falls. “When I was kid, I was a scaredy cat. I hated Jason and Freddy. And then, it was probably Scream that cracked open the floodgates for me.”

“People talk about the Western as an American genre of filmmaking, but I feel like Horror is the one genre where the camera is so important. You have to have real filmmaking chops as a director or writer to pull off a good horror movie, because it’s so technical. It’s about rhythm. It’s about character. When to use a jump scare. How to use dread. And, bad filmmakers can’t make a good horror, but you also see great filmmakers come out of horror. It’s a real proving ground.” 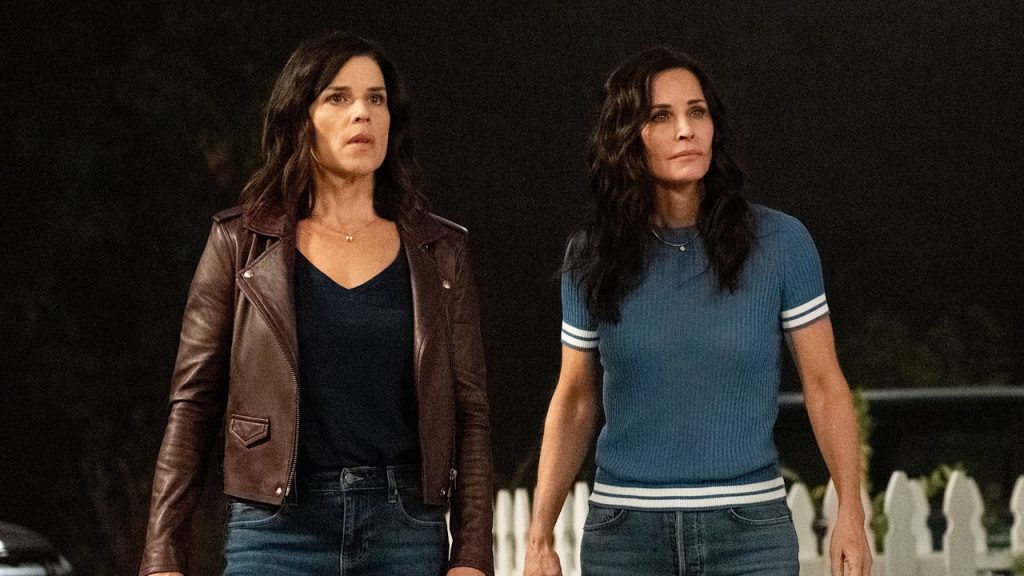 Other projects, like Zodiac, have “horror elements” but perhaps lean more into the crime genre. “There’s the scene with Jake Gyllenhaal where he goes down into the basement and that’s truly David Fincher making a horror movie sequence. So I think there are pieces there, but also, we wanted that movie to be journalistic and presentational, and not overly operatic.”

This scene in particular (which Robert Graysmith wrote about in one of his books), is a scene where “you don’t know what’s around the corner. You go downstairs, hear someone walking upstairs, but there shouldn’t be anyone upstairs. Suddenly realizing you’ve put yourself in danger is a feeling we’ve all had.”

“Someone told me once that with every screenplay you’re trying to be Ernest Hemingway: give the most amount of information while using the least amount of words. Keep things simple. I try to write that way and hopefully put a rhythm into things.”

In addition to simple writing, the writers were also interested in avoiding tropes. “I always felt one of the biggest things that made Scream work is that it’s a murder mystery at the core of it, and I think playing fair with an audience for a murder mystery is very important.”

He added, “That’s why the first movie is so brilliant because you get to the end and you think: of course it’s them. But that’s because the movie has played fair with you the whole time. It hasn’t held back information. That was important for us in terms of building the mystery portion of it.”

In addition to genre tropes, Vanderbilt also said there’s lots of bad advice in the industry. “There’s a lot of people who like to give a lot of advice,” he joked. “I think sometimes people are giving advice when they should be quiet.”

“The one thing I see come up a bunch, which isn’t necessarily advice, is saying you need to protect your work and make sure no one screws you over. Writers, as a group, are very sensitive, so when someone wants to change it, your first reaction is ‘fuck you’ but I think the truth of the matter is that filmmaking is a collaboration.”

“There are certainly bad influences, but a lot of times, there’s great wisdom in the notes you get. It’s medicine and I’m the doctor. If the patient says there’s a problem, I need to look and see what it is. The idea of pushing that away to protect what you’ve written rather than taking the opportunity to look and make it better [is foolish]. The ones who keep working in this industry can take those notes, that criticism, and make it something better.”