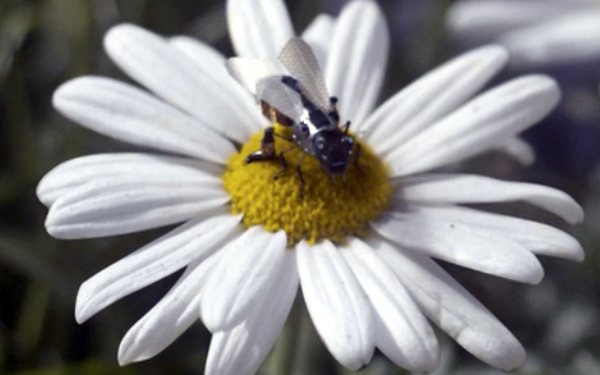 Save the Cat practitioners will be familiar with the phrase “the promise of the premise.” Blake Snyder used it to describe the screenplay beat he called “Fun and Games,” in which the crux of the action offered within the screenwriter’s premise really comes into bloom.

But, the premise, of course, has to keep paying off until the end, and it is important for writers to understand how a fully explored premise can make for a more deeply satisfying story. And how an under-explored premise can jeopardize the effectiveness of our screen storytelling.

In this article, then, I will explore how to fulfill the full promise of your script’s premise.

This article contains plot spoilers for Nocturnal Animals and the Black Mirror episode “Hated in the Nation”.

In the overall very good Nocturnal Animals, the premise has layers of thematic integrity. The ex-wife of a struggling writer finds herself drawn into the seamy world of his novel, as she sets its terrifying fictional events off against her perhaps unfair treatment of him in the past.

The premise contains big issues of ambition, the submerging of one’s creativity, and most conspicuously, notions of masculinity in an increasingly violent world. However, at film’s end, rather than playing out these threads in a way that leaves the themes resonating, the filmmakers choose to close on a kind of “gotcha”, wherein the book’s author leaves the heroine hanging in a “screw-you” response to her lack of appreciation of him and of herself.

This ending sells out the rich texture of the premise, and leaves us with a distinct feeling of “wait…that’s it?” We were prepared for so much more by a script that was firing on a lot of cylinders, but because the premise didn’t deliver on its promise, we were left with less.

In my previous analysis of the streamlining of the Groundhog Day story from early draft script to its final screen version, it came to light that Groundhog Day was a premise (man re-lives the same day over and over) so demanding of follow-through that its early drafts included far more permutations of the premise than were even needed.

As a film, it got it just right. It left out certain specifics, most notably why its protagonist was cursed or how many actual days he spent in his purgatory. But it followed such a clear path, of a man who is the living definition of insanity (making the same mistake over and over and expecting different results), that when it ended, it had played out the premise exactly as was appropriate. When our hero’s day finally ends, we share his catharsis.

Science fiction, perhaps more than any genre, demands the full throughline promised by its premise.

The Lobster, for example, does a fine job of exploring all the ramifications of its premise. But it is a story driven by symbolic meaning and an approach rooted more in avant-garde theater than in conventional storytelling.

The genius (a much overused word that certainly seems to apply in this case) of Black Mirror is that it uses traditional storytelling to paint a landscape of the supposed future so clearly resembling where we are now that the parallels are impossible to ignore.

In lesser hands, this kind of cautionary tale could easily become a preach-fest, but Black Mirror delivers episode after episode of cogent commentary, mixed with riveting storytelling.

And the reason this show pulls it off is that its writers always give the premise its due, making sure to play out all the logical ramifications of the concept. Honoring it, if you will, in a way that seems to place the premise itself at top priority over any other aspect of the script. Once again, this could be a recipe for disaster, but the level of finesse is admirable. Plot and character both serve the premise in an inextricable, symbiotic way.

For the purposes of focusing our analysis, the subject here will be the final episode of season three, “Hated in the Nation”. But one could hand pick practically any episode of Black Mirror and find that this adherence to premise fuels the narrative in extremely effective and interesting ways.

As a brief aside, consider the program’s first season opener, “The National Anthem”. Since the idea behind the episode arises only moments into it, it will not be too much a spoiler to divulge it: when a fictional member of the Royal Family is kidnapped, the ransom demand is that the Prime Minister have sex with a pig live on television.

I remember realizing how much I would come to love this series when I realized that the writer, Charlie Brooker, not only succeeded in undercutting the potential for a ridiculous (and impossible to sustain) farcical comedic approach, but laid out an agonizing series of genuinely moving events that seemed like they could actually happen given the “promise of the premise.” Even a devastating epilogue is added to allow us to think about the human toll of this on-the-surface “absurd” premise.

But perhaps the pinnacle of this approach is “Hated in the Nation”. Imagine, as a writer, being tasked with combining commentary on Internet hate, government surveillance, and the extinction of the bee population. One can imagine the amount of ham-fisted, statement-laden storytelling that could result from such a concoction.

Indeed, even using the word “commentary” as an aspect of screenwriting creates a minefield of don’ts. But because Mr. Brooker honors the premise and tracks his story backwards from the logical extension of this multi-themed narrative, everything falls into place. The stakes keep raising, and the urgency of the stakes has everything to do with staying true to the premise.

The first key part of the premise that must be integrated — and not simply tacked on as an environmental critique, as some less developed premises might attempt — is the existence of tiny mechanical bees that have been designed to pollinate plants, replacing the now-extinct bee population, and so keeping our ecosystem intact.

Next comes the unsettling world of Internet bullying and cyber hate crimes. (And any fan of Black Mirror knows they go after computer technology in paranoia-inducing ways that will make you wish you never owned a phone or a laptop!)

How to keep that thread consistent with the bees? Brooker comes up with a premise so dense with theme that it practically thickens on the page (or screen).

A disgruntled former worker at the cyber-bee factory has hacked into the “hives” and found a way to direct an individual bee into the brains of unsuspecting victims, causing their excruciating deaths. And these virtual murders are chosen by the public, who, joining in on a Twitter hashtag, are targeting the next victim based on how unpopular they have become on social media.

Thus, a reporter who wrote a heartless piece about a disabled person blows up the internet with anger, and becomes the first victim. A rapper who disses a tiny tot fan causes a storm of outrage on the web, and he’s next.

But how does the former worker at the cyber bee factory know how to direct the robot bees to their intended victims? Remember the government surveillance theme mentioned at the outset? It turns out the government has been secretly using the bees to spy on its citizens, using facial recognition software.

In a slam-dunk, triple-threat thematic outburst, “Hated in the Nation” has also fashioned a thrilling detective story: the protagonist is the cop charged with investigating the murders and following the breadcrumbs left behind by the hacker. Not only does this never lose sight of its premise’s promise, but it makes sure to embed it into every scene, not just the “Fun and Games” part.

And so, by never losing sight of the power behind the premise, the plot ratchets up the tension by adding one new layer at a time to the mystery. And it is a mystery of which the author already knows the outcome, so the beats of the plot are simply waiting to be deftly inlaid into the ramifications inherent in the premise:

As an audience, we can see the stepladder of consequence unfolding, but we still sense there is something being held back from us. And then the premise delivers its coup-de-grace.

While we watch the eerily-familiar depiction of cyber hatred unfold, we realize not only that any one of us could fall victim to it, but also that any one of us could engage in it under the guise of a playful dig at a public figure. And that is when the final act twist in this 90-minute episode nails us to the wall with yet another permutation of the premise.

The disgruntled former worker was not after the public figures he helped disgrace on the internet. He was after a larger game: those who joined in on the hatred. Motivated by his unrequited love for a co-worker who attempted suicide after being cyber-bullied, the object of this bad guy’s anger was not a few random fifteen-minutes-of-fame phenoms. The object of his anger was us.

This is the kind of knocks-you-back fulfillment that can happen when you play out your premise to its true, thematic end, instead of dropping it just when we were coming on board. “Hated in the Nation” is a deeply satisfying dark vision precisely because it follows through on the ideas that fueled it.

Faye Marsay as Blue Colson, and Kelly Macdonald as Karin Parke and Esther Hall as Vanessa Dahl in Black Mirror season 3, “Hated in the Nation”. Photo by Laurie Sparham/Netflix

In Ramona Zacharias’ interview for Creative Screenwriting with Charlie Brooker and Black Mirror co-creator Annabel Jones, the two cogently bear out this analysis:

Charlie: But it’s interesting that you say there are lots of different ways of looking at it, because that’s how we’ve approached the series. It’s like we’re doing six, almost different genre, films. We’ve got a comedy, we’ve got an outright horror episode, a police procedural, a coming-of-age story, and so on. So hopefully we’re tackling it from different angles.

Annabel Jones: It all starts with the central dilemma, and then you have ideas as to what is the most interesting way to explore that. There’s an episode with a detective and it’s quite complicated at the same time as it’s a really fast, gripping tale. There are quite a few layers to it, and it fit into a detective story.

Charlie: It started as a what-if story about online anger. There was a weird idea we’d had and wanted to see how we could play it out. We thought of a police procedural, which we had never done before. And it lent itself to quite a techno-noir pace.

And, to close with another brief quote from the episode’s author, here Charlie Brooker drives home perhaps the key factor in making sure your premise stands on its own, working in tandem with the stakes of a story rather than overpowering it:

Charlie: Well, we don’t try to moralize within it, because generally I don’t think we know what the answer is!

A writer’s job is to pose questions, not answer them. Staying true to your premise is a sure way to do exceedingly well at that job.

Check out our other articles on the films and shows discussed in this article!

Tom Ford on why all his scenes have their own 3-act structure, writing as catharsis, the value of a strict schedule and the importance of photo research.

James Napoli examines the differences between the screenplay and the final version of the film, and discusses why these changes were made.

“There’s both light and dark…There’s a lot of dark!” Black Mirror

Charlie Brooker & Annabel Jones on screenwriting levers, satire, and why checking your phone is like smoking. Plus great practical advice for writers!