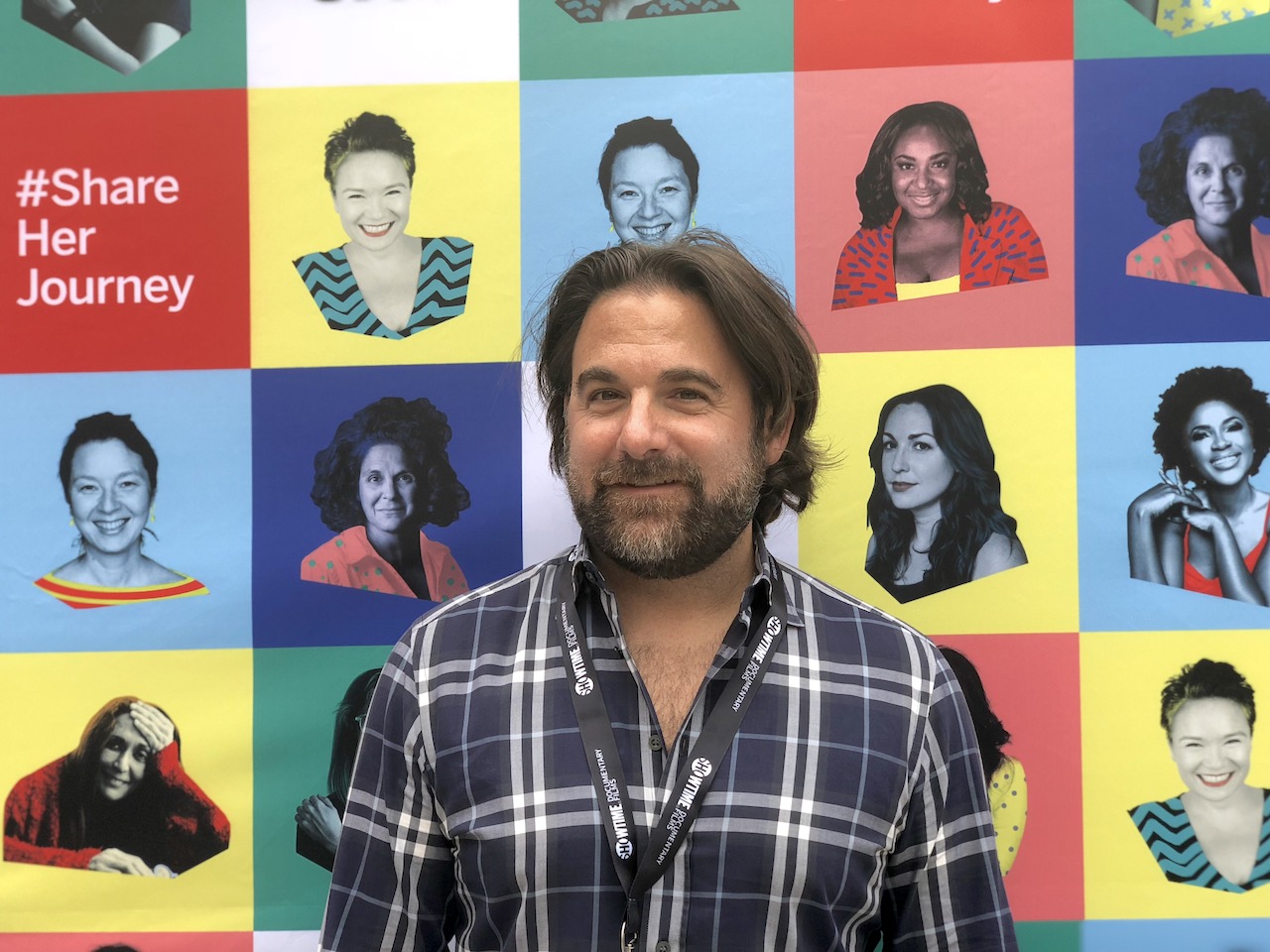 “Amasia Entertainment is going the long game,” declared producer Bradley Gallo. “We are about making great relationships and being very hands on with our movies. That takes time.” Amasia Entertainment handles financing, whether it’s coming from financiers or in-house, tax credits, production, and creative development with a full development team. Amasia makes three to four movies a year because they are so involved in the filmmaking process. This 360-degree level of control puts film investors at ease, because they know that this approach reduces the chance of things going wrong, which can happen when too much of the production process is outsourced.

Amasia Entertainment has mainly produced independent movies, but more recently, they’re working in the studio space with The Green Hornet and Kato. “The benefit of the indie film space is the creative control, and sometimes the financial control. You’re making the whole movie from beginning to end and you’re involved in every step of the way, right up to when the movie is out in theatres and generating receipts.” You really need to be passionate about the movies you make in the independent arena, and you really need to care about them, because you’re going to be spending every waking moment with them for several years.

Producers are generally less involved in studio productions because studios have full legal, physical production and distribution infrastructures that drive the process. This frees up space for producers to focus on the creative with the writer, directors, and heads of departments as well as oversee the bridge between art and commerce. 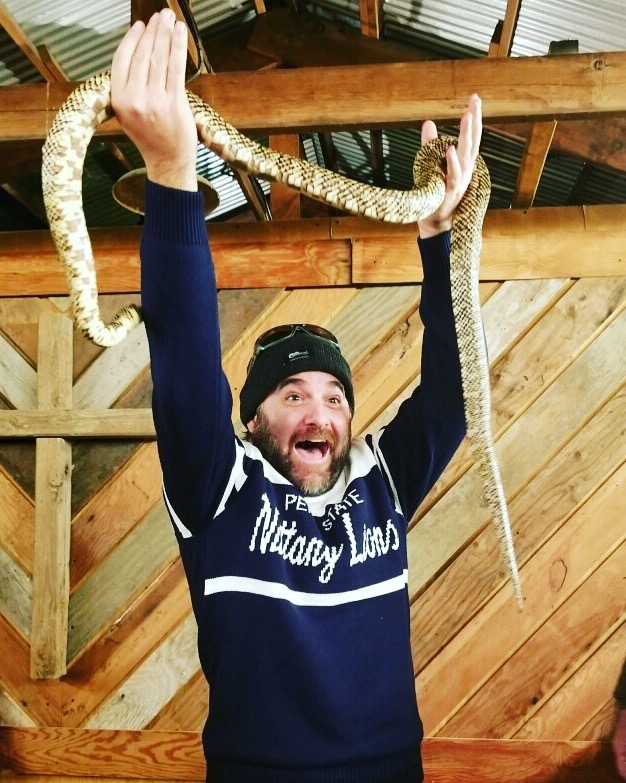 Bradley Gallo is gradually appreciating the bridge between the two filmmaking paradigms. You can even work on the bridge in the “indie studio” space to capture both the broad audience appeal and the more intimate storytelling of independent films. This is Gallo’s intention for Green Hornet.

Going Green with The Green Hornet

Bradley Gallo started Amasia Entertainment with fellow producer Michael Helfant. Michael had been chasing Green Hornet for years, often losing bidding wars to more monied interests. But his persistence eventually paid off, because the prior companies couldn’t get their versions off the ground for whatever reason. Helfant had been chasing the rights for almost twenty years, during which time there was only one Green Hornet movie made in 2011, starring Seth Rogen.

“We made our pitch to the family of George W. Trendle (who created the Green Hornet) that Green Hornet should be served as an indie film to get the best version of it.” Amasia then expanded their take on the property by partnering with Universal Pictures, without tampering with Green Hornet’s indie roots. In this way, they are honoring the Trendle family creatively, while also harnessing studio resources to make it materialize.

Amasia Entertainment used the same strategy to secure the rights to Dark Shadows, which is being adapted into a television series. The family of Dan Curtis (who created the property in 1966) entrusted Amasia Entertainment with the production process with the knowledge that they would honor the source material.

Amasia has expanded into television and other types of content as a means of business survival. Catering only to a niche market poses risks to the financial viability of any business. Tracy Mercer (Madam Secretary) handles the television side of things for the company. Having amassed a range of projects over the years that were more suited to the television medium, Amasia charged Mercer with the task of developing them and pitching them around town. Once these projects are set up, Tracy and Amasia seeks out showrunners and directors to bring them to life. 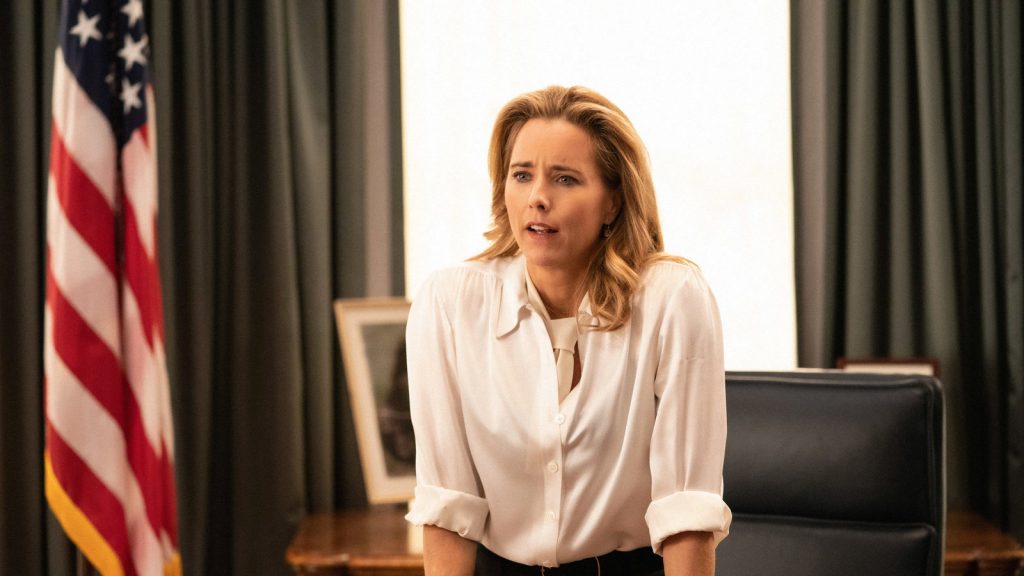 Screenwriters may be overwhelmed with the number of choices available to them right now in terms of how to get their work produced. Gallo advises writers to “stick with projects that you’re most excited about, not what’s popular.” He also notes that screenwriters who find more success “make things happen for themselves.” This doesn’t necessarily mean producing your film (although it helps), but also forming meaningful relationships with producers and other creatives in the business. “Successful writers are constantly taking coffee meetings and writing pitches. They ask others if they should write an idea or if they think it’s viable. They have a broad spectrum of contacts and constantly churn out scripts.” Many writers seek to expand their writing wheelhouse too soon or branch into directing or producing before they’re ready. “Be great at one thing first,” advises Gallo.

Bradley Gallo has participated in many writers’ circles and has seen much misinformation circulate from self-appointed industry experts. The industry changes on a virtual daily basis, so good advice on one day may be bad advice on the next.

He also cautions screenwriters against following trends. “Horror’s huge right now. Don’t go writing a horror film similar to the one you’ve just seen. Think about the trend that’s not happening. If something’s missing right now, that means we’ve been cool on something else that’s about to break soon, like romantic comedies.”

If you want to be genre writer, “don’t write the same idea you’ve seen before, write it slightly differently. You need to come up with something more interesting than the original idea to create a new trend. Draw from the truth. Use that bizarre newspaper article as the starting point for a new idea for example.”

Amasia sources screenplays at any stage from many different sources. That’s not an open invitation to bombard them with unsolicited scripts. “We’ve had people come to us with an idea and developed it into a treatment and later into a screenplay because I love the idea so much and saw the viability of that idea.” Even if the script isn’t produced, there is value in the process of having a company attached to it.

On other occasions, Gallo’s read great scripts with great writing, but it wasn’t the right project for Amasia at the time. “In those cases, we have an introductory meeting and ask the writer what else they have, what else they’re working on, and what types of stories they’re most passionate about. We might even ask for additional pitches.” Be prepared for these possibilities.

In another scenario, Amasia loved a particular writer’s script, and hired them to write a current project that Amasia was working on based on the tone of the submitted script. “We had three writers pitch on an idea, then we chose one and pitched it Universal. Now it’s in development with a studio.”

There is no single right way to crack the business. That’s why Gallo emphasizes building and maintaining creative and business relationships. “Take an acting class, take a directing class and meet other people. It doesn’t take much to network. Even if you’re an introvert.”

Writers will always get feedback on their work. Feedback isn’t a validation or approval. Producers generally want to improve a script with their notes to make it more attractive to the marketplace. “When I encounter writers who are uninterested in feedback, only pretend to be interested in it, or don’t implement my suggestions without a good reason, I lose interest in them.” If writers incorporate the notes a producer or development executive has taken the time to write, then use them. Even if the suggestions aren’t ultimately helpful and the producer reverts to your original script, you understand the collaborative process of filmmaking. “Producers move on very quickly if they sense that you’re going to ignore their suggestions.” The only time a writer might reject feedback outright is if their vision is so wildly different than that of a producer’s and both have a completely different movie in mind.

Writers should have at least some idea of budget while writing. “Don’t write a fifty million dollar movie for a three million dollar budget.” That means no huge set pieces, massive explosions, and ridiculous horror tropes in your screenplay. If you do, a producer will pass on it. “Producers want you to be part of their team, so you really should understand this stuff.”

The evergreen staples of horror, action, and thriller will reliably drive the film business. “There is a massive hole in the market for comedies, especially romantic comedies. The key reason is that comedy doesn’t travel well and everyone’s version of humor is dependent on the country they’re in.” This bumps against the idea of a global industry, in which your film plays in numerous territories. Comedies either need to be very broad or very niche. “Usually, it’s fish out of water stories that travel best. Romcoms probably could do better, but need to be reinvented.” So, your own personal brand of comedy may not travel well. “Think about what’s funny everywhere. Travel. See the world.”

Speaking of traveling, Gallo suggests, “go outside, listen to how people talk, and write things down. Having the vernacular of what people say and do in their lives is what makes many writers great. In terms of children’s films, watch how they speak and how they react. If you slightly adultize them, you’ll have fantastic dialogue.”