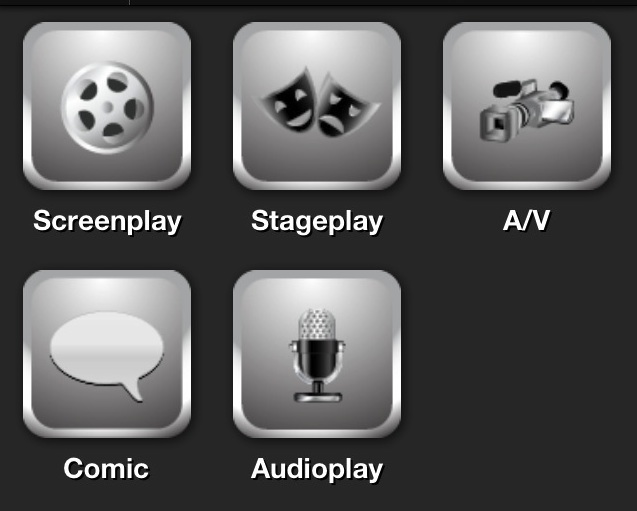 Apparently, I’m the manager/ring announcer of the writing app Thunderdome—“Two enter, one leaves”—because I just deleted Screenplay by Black Mana off my iPhone in favor of Greyfirst’s Celtx. I need the most efficient way to write screenplays, comic book scripts and even the occasional stage play on all my technology. So far, nothing does everything, but we’re getting closer with Celtx.

I tried out this free program on both my phone and iPad and it’s a perfectly acceptable screenwriter in whatever environment the user chooses. What comes on the screen looks like a screenplay, prints like a screenplay and almost cuts and paste into Final Draft like a screenplay (two of three is a good start). I tried all of my tricks that I use on all of my writing apps: rocking the screen, using my Bluetooth keyboard with the iPad and the rest; I got the same results as I do on all my other apps.

Celtx for the iPhone

Now if I were to go whole hog, I would download the desktop manager version for my Mac and use it like a cloud document manager to keep things in sync on all of my devices. But, having a Celtx account eventually means having to pay a monthly subscription fee. I don’t do that sort of thing willy-nilly, because subscription fees add up.

I pay for Netflix and Hulu Plus to get the shows I feel like I need to see since I really only pay my cable bill to make sure I have Internet in the sacred confines of my condo. I probably will start paying Spotify when my writing checks clear as an easy way to download the music I want as a prelude to getting a real iPod. But, pay Celtx (Microsoft Office 365, for that matter) to maintain my documents all tickety-boo when I already do this through the various links to my Dropbox account that are free? Sibling, I have this bridge for sale, single owner, like new and with free maintenance…

Luckily, the Celtx app has ways of talking to the computer without using their cloud server. Namely, emailing the file to your self as a TXT file. From there it’s a matter of cut and paste into the files on the computer. Cutting and pasting into Final Draft 8 can be a slight adventure, as the text has to be fixed afterwards.

My real reason for keeping Celtx in favor of the Black Mana (see review) program has to do with doing things on my iPhone in the most efficient manner possible. I have DocsToGo for prose. Final Draft has so far strangely ceded the iPhone market. I groused about Screenplay for the iPhone not having the Shot element (probably an upsell technique for the iPad app). So using Celtx on the iPhone should get my script and comics work done whenever I don’t have my other tech. I will also use it on my iPad, mostly because Celtx supports comic book writing where I had to tweak the Final Draft app to my liking.

The apps don’t support the iOS Open In feature where the user can open an attachment in the chosen software (available on most of my other apps) and get working. But, since I’m trying to be cheap, I intentionally accept the compromises inherent to Celtx. And we have, yet, another writing app that wins some and loses some.