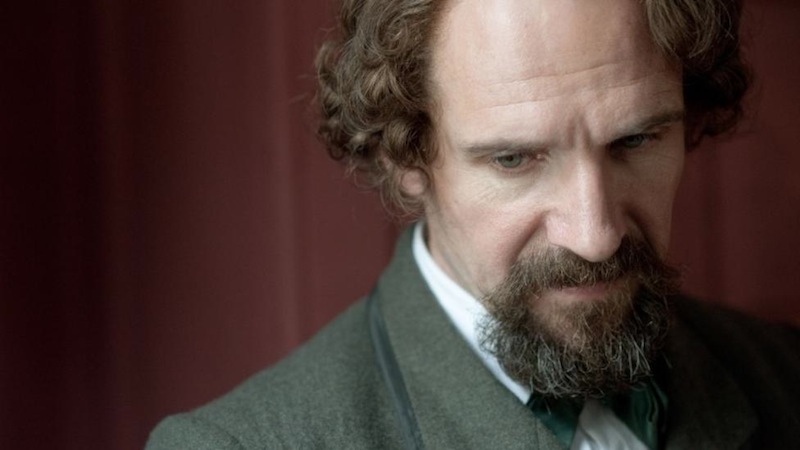 Fiennes on The Invisible Woman

Veteran actor Ralph Fiennes threw a proverbial one-two punch as the director and star of The Invisible Woman—a true tale of Charles Dickens’s secret love affair with actress Nelly Ternan, 30 years his junior. But if screenwriter Abi Morgan had her way, Fiennes would also enjoy a writing credit alongside her; so robust was their collaboration; so substantial was his narrative contribution.

In adapting Claire Tomalin’s same-named book, Morgan initially flew solo. But when Fiennes was later folded into the project, he often joined Morgan in creative jam sessions—fine-tuning storyline and hashing out dialogue. Of course, having a classically-trained Shakespearean actor in the room with you has its perks. “We connected on his ability to spring up and act scenes out,” says Morgan. “It was a great fusion.”

Creative Screenwriting caught up with Fiennes in Los Angeles, to learn about the challenges of shooting on a micro budget, crafting the perfect shot, and the art of choosing projects wisely.

ANDREW BLOOMENTHAL: Abi Morgan said when she first adapted the book on which The Invisible Woman is based on, she initially conceived a character that wasn’t in the book—a fictitious biographer who was researching Dickens and discovers his affair with actress Nelly Ternan that way. And Abi credited you with deciding to jettison this idea and focus solely on the two main characters instead. Was it instantly obvious to you, to course correct the narrative in this way?

RALPH FIENNES: No, it wasn’t at all. It was a slow burn. Because the first read through, I didn’t know the story, so I went with it, and I went with this character. But my first thought was that we needed to position him better, because he was a bit too dominant—but I liked him. But as I worked on it, there were ways he negotiated with Nelly that made me uneasy. He was a strange man and his credentials were suspect and I questioned more and more why Nelly would open up to him the way she did. The drama then seemed to be about why Nelly spoke to this strange man, and it became a dominant thing that took center stage and took away from how Dickens met Nelly and how he pursued her. It created an imbalance.

BLOOMENTHAL: Abi said it appeared that this biographer might be blackmailing Nelly, complicating the narrative.

FIENNES: His motivations were complicated. And Claire Tomalin, who wrote the book, had concerns about the fictitious character being a biographer, and I initially tried to park her concerns, because, of course, they’re the concerns of the author, but actually I did feel that Claire’s concerns were mostly valid. I asked a very close screenwriter friend of mine for his opinion, and he said the narrative is like a stream and [this fictitious character] was like this great rock that was disturbing the flow.

BLOOMENTHAL: Nelly Ternan had to share Dickens with the public, because he was famous in his own time, and there were scenes where he was mobbed in the streets. As someone who’s globally recognized in your own right, do you think that that kind of public adoration can provide the same kind of fulfillment as an intimate connection? Or is that kind of idol worship a false premise?

FIENNES: I think what can happen is the actor’s relationship with public—with the audience, can be quite dangerous, because you can fall into the trap of imagining a relationship, even if it’s in your own head. You do a performance because someone’s going to watch it. And over time, when you’re not on the receiving end of overt applause, it becomes a factor. There are examples of actors, where their opening weekend is really important, and so if they’re a movie action hero, they’ve got to keep that going… I know that it can play into your thinking about what parts you agree to play and what’s expected of you. It’s good to not care what’s expected of you. The best moments come from the unexpected script from the unexpected director source who comes through the door and you say, “Okay, this is a new thing that’s going to challenge me”. Because I think that you can—and I know I’ve done it, attempt to strategize.

BLOOMENTHAL: You don’t want to calculate.

FIENNES: Calculate. That’s it. Calculating your choices, because you’re anticipating something and for me that feels like dodgy ground. And I’ve done it.

BLOOMENTHAL: So you’ve said fame can be a dangerous thing. Have you managed to navigate it and create balance in your life?

FIENNES: If you’re asking me right now, I think so. You know, if you’re lucky to have a degree of success, a lifestyle happens. I remember once reading with article with Judi Dench, and she’s talking about movie stars or success, and she’s saying you can lose touch with reality. Sometimes I think maybe I need a wake-up call because I lead a kind of life and for the majority of people, this is not the real world. So family, friends and keeping connections and somehow keeping earthed is a challenge.

FIENNES: I’ve got to tell you, I was up against it! I was short of time. One of the things I want to make sure the next time around, is to I get all the coverage I need, because by the time some of the scenes you mentioned were up and running, often I would focus a lot on dialogue scenes, because you prioritize—you’ve got to get this, you’ve got to get that, and the bits of coverage you want get pushed to the back, and you lost them. You drop them.

BLOOMENTHAL: Would you get “take happy” and overdo it?

Ralph Fiennes on the set of The Invisible Woman

FIENNES: Right now, I feel like I was greedy for coverage. Sometimes I wish I had more staff to help me engineer the editorial route through a scene. I would go like, “Fuck, I must get that fucking coverage and I’m going to be aggressive about getting it—even if it goes into overtime.” So I’m at war with the producers (laughs).

BLOOMENTHAL: As a viewer of the film, I didn’t have the perspective of knowing what shots you envisioned that weren’t there, so it seemed pretty complete.

FIENNES: Some scenes were complete. Some scenes I feel, in the back of my head, “I wish I had that extra shot”.

BLOOMENTHAL: There’s a line in the film where Dickens says “Fans want you to be good,” suggesting Dickens’s compulsion to please his admirers….

FIENNES: …No that scene is about him trying to be good for himself. He’s saying “I get besieged by people who are on the take, who are trying to make money.” But it’s about how am I good. It’s not about good for the fans—it’s about his own sense of his own ethical foundation.

BLOOMENTHAL: Do you think all artists have to possess a large degree of reflection—and maybe insecurity, where they’re never complacent that they’re where they need to be, in order to achieve their true potential?

FIENNES: I think a lot of great artists have a huge focus. They don’t necessarily get lost in their own neuroses. Some do. Some have breakdowns, commit suicide, have catastrophic love affairs. But that’s some people. But my sense is that the artist at work, has real real focus, and they only stop when they’re totally depleted. That’s my sense of the great artists and writers. They have to do this thing. They have to write this book, or paint this picture, or direct this film and they have a sense of a calling about them.

BLOOMENTHAL: So I’m going to zig-zag to a more logistical question.

FIENNES: Let’s do the zig-zag.

BLOOMENTHAL: Earlier you mentioned the peculiar tilt of some of your DP’s shots, in one scene, angling the camera slightly above the characters’ eyelines, and I’m glad you mentioned that scene, because I noted it when I saw it. But there seemed to be a hell of a lot of shots of the backs of people’s heads. It verged on fetishistic. Was this something you consciously worked through with the DP? Because it was effective, and you could almost read people’s body language as opposed to seeing their facial expressions.

FIENNES:  Yeah, I liked that. And a lot of that comes from [cinematographer] Rob Hardy, as he proposed it. It was a dominant thing in this film—the invisible woman, the person you can’t see. You see a silhouette of the back of her bonnet or the back of her body. So that was a conscious choice.

BLOOMENTHAL: I’m glad to know that that was purposeful.

FIENNES: Oh, yeah absolutely. One of the things that we bonded over was a photographer called Saul Leiter, who sadly just passed away. But by sheer coincidence, Rob Hardy came to my house, for us to have an in-depth conversation, and he produced a book of Saul Leiter’s pictures, and I took him into another room and I showed him some prints that I had bought, because I love this photographer—not that Saul Leiter shoots the backs of people’s heads, but he shoots sort of obliquely, through door frames; reflections. I can see you reflected here (referring to interviewer’s reflection in the mirror), and he would do something from an angle, breaking you up with a lampshade. And that was a common reference point for us both.

BLOOMENTHAL: I’m sure it was pleasing for your DP to work with a director who had such strong opinions about visual aesthetics.

FIENNES: We really shared a good common ground about the compositional approach of the film. It was great.