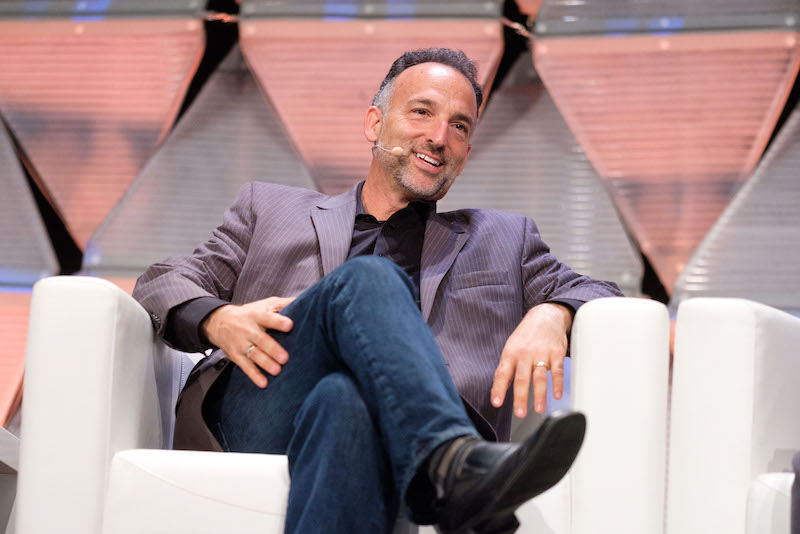 Randy Greenberg, Executive Producer Of “The Meg” On What MUST Be In Your Screenwriting Contracts

Randy Greenberg is an Executive Producer of The Meg and Cowboys & Aliens and past studio senior entertainment executive; founder of The Greenberg Group, a global entertainment investment and content strategy advisory, and co-founder of the Resolution Talent Agency. Greenberg’s theatrical strategic campaigns have produced over $5 billion at the international box office. Previously, Greenberg was a senior entertainment consultant at a comic book entertainment company and he was the Senior Vice President/Head of International Theatrical Marketing and Distribution for Universal Pictures, where he released such films as The Bourne Identity, 8 Mile, Intolerable Cruelty, The Mummy Returns, Jurassic Park III, The Fast and the Furious, 2Fast 2Furious and American Pie II, among many others. He is also an independent film producer. Needless to say, he has dealt with many contracts over time as they relate to screenwriters. He shares his thoughts on what screenwriters should look for before signing any contract.

“Verbal contracts are not worth the paper they’re written on. Only written contracts, freely signed by all parties involved, have genuine legal standing. Both first timers and seasoned screenwriters should always have a written and signed contract. It specifically lays out the rights and obligations that each party has and the payments that are necessary to effectuate the contract.”

“Get use to the process of putting all the terms of your agreement in writing from the beginning of your screenwriting career. You can’t retroactively create a written agreement between two parties if you haven’t, especially in the case of a dispute. As you progress through your career, your screenwriter contracts will become more sophisticated and nuanced. Have an attorney who has your best interests at heart craft your contracts. Think of the expense as an insurance policy.”

His first point is that EVERY screenwriter needs a contract as soon as another party want to commercially exploit your screenplay. A verbal or implied contract is insufficient. At the very least, screenwriters need contracts to clarify the terms of the agreement. Greenberg warns, “you don’t need a contract so much when things go right. But you definitely need them when things go wrong.”

This is the simplest contract for solo screenwriters producing original work without any underlying IP. It contains details of the OPTION FEE, the LENGTH of the option term, the PAYMENT SCHEDULE, and the possibility of EXTENDING the option term for additional amount of money for a specified term, for a specified length of time. The extension could be automatic as soon as the purchaser pays the appropriate fee, or it could require mutual approval.

The PURCHASE PRICE is the sale price of your screenplay for a particular medium such as film or TV. The FIRST OPTION FEE is typically offset against the purchase price. If the option agreement is RENEWED/ EXTENDED, only the first portion is applied against the purchase price. An option step is not essential for every purchase, especially in the case of digital or streaming servies where there can be an outright purchase.

This agreement also contains details of the specific rights the screenwriter is giving the entity for the term – film, book, TV, streaming, or digital.

REVERSION CLAUSE – This specifies how a screenwriter can get the rights back if the purchaser fails to  exploit their work within a given time frame. There are fees associated with reverting your rights based upon the purchaser’s development costs (plus an additional premium) called TURNAROUND COSTS.

RELEASE SCHEDULE – This specifies how a writer can obtain their rights back if their work is produced, but never publicly released in a given time frame according the terms. If your product is only partially released, say on one platform, or sold to a limited number of territories, you must specify how to get those rights back in this agreement.

SUBSEQUENT PRODUCTION RIGHTS – These rigghts apply to sequels, prequels, remakes and spinoffs of the source material. This clause specifies how much and how the original screenwriter is paid if these rights are exercised. Ensure you get the first right to write these.

RIGHTS RESERVED – Be clear in what rights are granted to a production entity and what you are keeping. This is especially important if there are underlying rigths such as a book or life rights. The initial contract may only allow the property to be exploited in a certain way.

SCREEN CREDITS – These are arbitrated by the WGA, and include a dedicated “Written By” board. Additional screen credits include “Story By” or “Characters Created By.” Confirm and guarantee your screen credit, especially in the case of additional screenwriters are brought onto your project.

WRITE AND REWRITE FEES – Ensure you are guaranteed to write a minimum number of drafts especially if the production entity likes your story, but wants to hire another screenwriter. These fees should adhere to WGA minima, but aim for overages as your screenwriting career progresses.

BACK END – This relates to profit participation linked to some threshold such as viewers or box office. Ensure the calculation of these figures are clearly stipulated. Typically, a back end can be paid from either GROSS or NET PROFITS. Make sure you know what deductions are included to calculate the net figure.

CONSULTING FEES – These often apply if the original screenwriter doesn’t do any writing, but whose expertise and knowledge is used to write a subsequent screenplay.

DVD – Get a copy of any tangible versions of your completed product such as DVD, BlueRay or otherwise.

SET VISITS – Screenwriters can negotiate these. They may also include on set rewrites in the case of minor script change which incur additional fees. Set visits are more common on film sets rather than TV studios.

PREMIERE – Writers can negotiate tickets to the premiere screening and associated events. The producers may pay your travel, dress and accommodation costs.

KEY ART – Negotiating the rights for the writer to control key art is common for books, comics and graphic novels.

Things get complicated when there are two or more screenwriters working on a single screenplay. These agreements specify the respective work obligations of each screenwriter, how earnings are distributed (if not equally), how the screenwriters will be credited, how disputes are settled (if there is an even number of screenwriters), who casts the tie-breaking votes, and how the voting rights are distributed for subsequent production rights.

Ideally, two or more screenwriters should strive for a unanimous decision. If this isn’t possible, the collaborators should appoint a senior writer in the team with slightly more voting power, especially in business related matters. The tie-breaking vote could either be assigned to one person, or it could alternate.

Ensure what constitutes a screenwriting collaboration. Determine if someone who punches up jokes, or a story consultant is either a work for hire, unpaid advisor, or a member of the writing team. Disputes may occur if a third party believes they made a substantial contribution to a project and demands screen credit and/or  profit participation. Significant contributors must ensure (not assume) they will receive recognition and payment. Don’t be surprised at the surprises that arise.

These are additions to the original option purchase agreements. The clauses generally refer to licensing the right to produce merchandise and other financially exploitable elements. Licenses generate additional revenue for screenwriters for each transaction where their creative work is utlized. Licenses are usually based on a flat fee for a specified period of time.