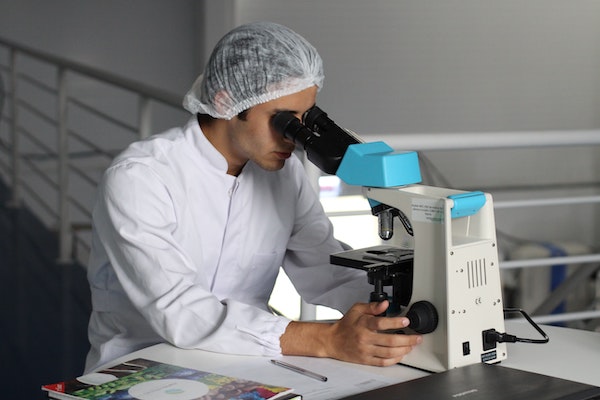 Research is an essential part of most screenplays in order for writers to create believable worlds and characters. But not all research is designed to draw on facts and knowledge to be included in your story. Sometimes research can simply be used to create a veritable background for the story to unfold.

Screenwriters can undertake broad or highly specific research depending on the type of screenplay they’re writing. Broad research can help writers build and visualize the worlds of their stories, and in turn, develop their characters. Consider a story about a character who has a speech impediment, emotional trauma, or physical disability. Writers can use this research to inform how their characters behave.

Your research can oftentimes stimulate your creativity so your characters might experience situations and relationships you didn’t previously consider.

Writers should not research to procrastinate from your story. It is a tool, not a crutch. Nor should you use research to demonstrate how much research you’ve done to impress your audience. Your job is to know enough key facts to write your story, not to become a luminary in the field. Don’t lay more pipe than necessary.

Authenticity is essential for specific environments and eras. For instance, if you’re writing a courtroom drama observe typical court proceedings – how the jury is selected, where they sit, how the questioning plays out, and what happens after a verdict is delivered. Procedural elements that are used in writing cop and medical TV shows are well-documented. The long-running TV series CSI heavily relies on forensic experts to make the story seem plausible rather than possible. Your audience will not forgive you if your stories seem off.

If you are writing a screenplay based on a court case you may want to access court documents and filings to authenticate and inspire your story. You may even see that truth can sometimes be stranger than fiction.

The internet is an amazing research tool to help you construct a world. You can search for something as specific as how babies were delivered in 1910. What instruments and anesthetics were used? What were the sanitary conditions like?

Zooming out, how might you research the sixties? The library holds a panacea of information ranging from music, fashion, workspaces, living environments, what cars they drove, what meals were like, and what were popular public opinions. Mad Men wouldn’t have been the TV show it was if it didn’t realistically transport its audience to that era.

How would you handle researching a contemporary teen movie? Pop culture is a highly specialized field that changes rapidly. By the time you find the current must-have or popular catchphrase, it may already be out of date by the time your film is released.

This is especially true with phrases and artists. Running your ideas past pop culture experts is worth your while so you can work out cultural references with a potentially longer life span.

Determine how your characters line up with the facts within the confines of the story you want to tell.

These elements are also important in historical stories. If you’re researching your civil war film and television scripts you can further your research into things like costumes, how people spoke, and how certain processes were carried out.

Unless you’re writing a revisionist story (which relies on deliberately creating an alternate universe) such as The Man In The High Castle on Amazon Video or Hollywood on Netflix, writers are advised to hire a historical consultant to confirm the facts in their screenplays.

Another slant on the revisionist history is the modernized, heightened version of history which is rooted in reality but given a fresh lick of paint. Even a musical reimagining of historical stories have their place.

Historical research becomes challenging when there are missing or contradictory accounts of the same events. How can documented accounts of events be definitively verified? In many instances, they can’t, especially if they happened so long ago. In reality, screenwriters should research a range of qualified sources and focus on the consensus.

This is not always possible. A screenwriter may take some liberties to fill in the gaps or to compress events unfolding over a long period of time into a shorter time frame, or to add clarity to certain events.

This is true of the research process in Miss America on Apple TV+. Even when there were mountains of evidence chronicling the career of Phyllis Schlafly, there were private conversations she had with Ronald Reagan and the wider Republican party that could not easily be corroborated.

Don’t be a slave in getting every historical fact totally correct unless you are writing a documentary film.

Poetic license does not give screenwriters the license to be sloppy. Sometimes it’s acceptable for a story to “feel” true.  It’s more important to dive deeper into your core characters to tell the most compelling version of your story.

Apart from the internet and libraries, interviews are an effective way to generate your own first-hand research. Before conducting an interview, writers should consider what information they want to obtain. There’s a difference between asking generic questions about something and asking loaded or provocative ones to give your story a particular tilt.

Interviews have an inherent bias because the narratives are told from a specific point of view.

Facts are malleable things. During the interview process, screenwriters should consider if it’s the actual facts they’re getting, or that facts as the interviewee recalls (or wants to recall) them. Think about how unreliable narrators have shaped stories.

Too much research can be as big of a problem as not enough research because you lose sight of the story you want to tell. It can confuse both the writer and the audience. A Supreme Court Justice doesn’t always need to speak in a formal voice. They are human beings too and can speak like members outside a professional setting.

Narrow down your research so you that only use research that’s specific to your story. This will prevent writers from going down a rabbit hole they can’t escape.