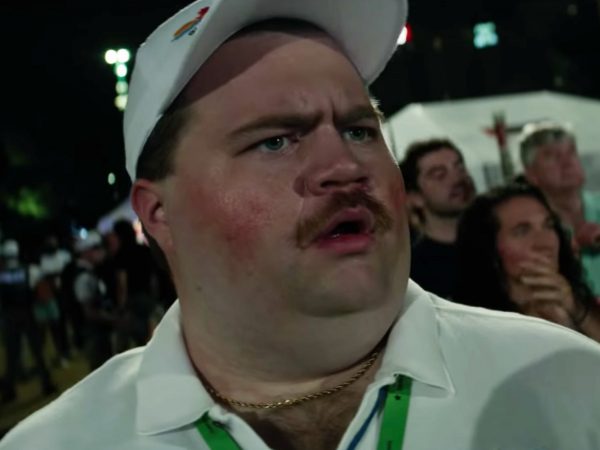 “Richard Jewell” is a Compelling but Controversial Character Study

For over a decade now, films directed by Clint Eastwood have been somewhat of a mixed bag. For every good film like Changeling (2008), Invictus (2009), and Sully (2016), there have been those that were less so like The 15:17 to Paris (2018) and The Mule (2018). Still, at 89, you have to hand it to Eastwood for not just making a new film almost every year, but the kind that is worthy of attention. His latest is Richard Jewell, and it’s an accomplished film about a tricky subject. It’s dramatic, well-acted, and moving, yet there are strains of the worst instincts of the director in parts that keep it from being one of his very best.

Richard Jewell, as you may remember, was the Atlanta security guard working Centennial Park in Atlanta during the 1996 Olympic games. He spotted a backpack containing a pipe bomb and helped authorities clear the perimeter to minimize potential damage if detonated. When the bomb did explode, it injured dozens and killed two, but Jewell’s actions helped save hundreds of lives. Jewell quickly was deemed a hero, but as the FBI investigated the crime, they began to suspect him of being the actual bomber due to a checkered past filled with self-aggrandizement and a savior complex.

Did Jewell create the bombing so he could save the populace and become a national celebrity? That’s what many Feds suspected, and a sensationalized press was all too willing to swallow it hook, line and sinker. Jewell went from hero to zero, all but nailed to the cross as the culprit, even though there was nothing forensic connecting him to the crime. These events are dramatized very skillfully in Eastwood’s film, making for a compelling drama that is often painful to watch, but never less than enthralling and profoundly moving.

Surprisingly, for as sympathetic a character as Jewell was in such awful circumstances, Eastwood’s film doesn’t paint a pristine portrait of him. Instead, the cagey filmmaker, along with Billy Ray’s detailed screenplay based upon a magazine article by journalist Marie Brenner, shows just how Jewell unwittingly set himself up to become suspect number one. He’s portrayed, in a stellar performance by Paul Walter Hauser, as a likable schlub, mild-mannered and courteous to a fault, yet one with strains of petulance and narcissism. Jewell fancied himself a cop but lost jobs with the force through his obstinance and illusions of grandeur. All of those unlikeable traits are showcased in the movie, as well as Jewell’s difficulty in giving the same straight answer twice to any question.

The film also does an even-handed job of presenting those around Jewell. His mother Bobi (Kathy Bates) stands by her son but knows that he can be a real doofus. Jewell’s lawyer Watson Bryant (Sam Rockwell) both believes in Jewell’s innocence and is repelled by his client’s inability to keep his mouth shut and act like a mature adult as the case builds against him. Both Bates and Rockwell equal the superb work done by Hauser, delivering some of the best screen-acting of the year.

Eastwood doesn’t overdo the editing or cinematography here either, keeping things calm and measured. In fact, the camerawork by Yves Belanger gazes at the players and events with disciplined objectivity, never cocking an angle or distorting a lens to become editorial. However, as the film goes on, Eastwood himself betrays his better instincts by letting overt bias and immaturity cloud his storytelling.

One of the more obvious gestures is an anti-government bumper sticker placed in the corner of a poster on Bryant’s wall. Eastwood clearly wants the audience to read the literal words that ‘the government is a greater threat than terrorists.’ The director instructs his extras playing the Feds to raid Jewell’s apartment like soulless, voiceless automatons trampling all over the premises. And he caricatures the press by presenting them as little more than a horde of buzzing gnats constantly plaguing the Jewells after Richard becomes a suspect.

Worse yet, Eastwood directs two fine actors to give broad performances that don’t jibe with the nuanced work of their costars. Jon Hamm, who did sly and subtle work portraying Don Draper for years on Mad Men, is asked here to play FBI man Tom Shaw as a blustering, buffoonish villain. Eastwood does even worse by Olivia Wilde. He’s directed her to play reporter Kathy Scruggs, the Atlanta Journal-Constitution reporter who broke the story, as nothing less than a loud, obnoxious, and potty-mouthed floozie.

Ray’s script even has her sleep with Shaw to get the scoop on Jewell even though there is no factual evidence to back up such a claim. (Shaw is a composite character, for starters.) Scruggs died from a drug overdose in 2001 at just 42 years of age and isn’t able to defend herself against such defamation. That’s one of the reasons that the AJC is considering a suit against Eastwood and Warner Bros., the studio distributing the film. It’s not the kind of press this needs as the holiday release opens nationwide.

After six decades in the business, Eastwood still can deliver the goods like few other filmmakers, but the Hollywood veteran should know better than to undermine the rest of his serious and affecting story with such lily-gilding like the aforementioned flaws. His attempt to laud the courage of Jewell, who also isn’t around to defend himself anymore, after dying of heart failure at just 44 in 2007, is noble but the film’s flaws only hinder the director’s good intentions.