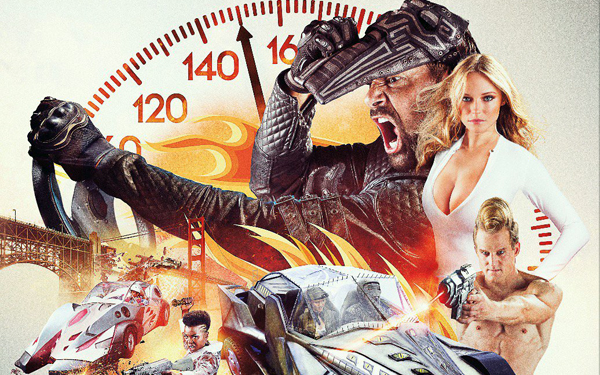 Screenwriting isn’t just about winning acclaim and awards – it’s also obviously part of a very big business. And there are few filmmakers who know more about what stories make money than the iconic Roger Corman.

One of Corman’s biggest successes as a producer was 1975’s Death Race 2000, a cult classic action film about a dystopian America in which hitting pedestrians during a car race has become the most popular sport in the nation.

Universal released a big-budget remake in 2008 titled Death Race, which Corman produced but had little involvement with (it was followed by two direct-to-video sequels). Corman has returned to the concept with Death Race 2050, a new version of the classic film from Universal 1440 Entertainment that was produced with Corman’s direct involvement.

Creative Screenwriting’s U.S. Editor Chris McKittrick sat down with Corman to speak about his remake of Death Race, what makes a good screenplay, and why the “The audience is never wrong.”

In the early 1950s, Corman began his creative career in the film industry as a story reader for 20th Century Fox, but left in order to create his own independent studio with its own distribution.

Within only a few years Corman became the undisputed king of the low-budget movie. In his seven-decade career he has produced over 400 movies, most of which were financial successes (the title of his autobiography brags How I Made a Hundred Movies in Hollywood and Never Lost a Dime).

In addition to drive-in movies and cult classic favorites, Corman also directed a series of well-regard adaptations of Edgar Allan Poe’s works in the early 1960s with star Vincent Price.

Because of his success in the industry, Corman might be considered one of the best judges of screenwriting to ever work outside of the studio system. In addition, he has contributed story ideas to hundreds of films.

For more on Roger Corman, check out our interview with him: Seven Decades of Cinematic Storytelling.

Roger Corman’s Death Race 2050 is now out on Blu-ray, DVD and Digital HD.