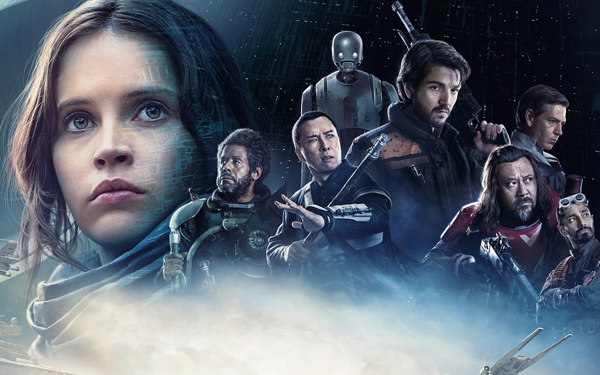 Seeing what the film needs to be: Gareth Edwards on Rogue One

Edwards then directed Godzilla in 2014, and that work led to his job directing Rogue One: A Star Wars Story in 2016.

In his keynote address at Austin’s SXSW Conference this year, Edwards told his audience that directing the Star Wars movie fulfilled a lifelong dream. Creative Screenwriting was fortunate enough to be present, as he discussed the inspiration of Star Wars, not letting fear get in the way, and the importance of remaining fluid.

My dad was a bit of a film buff. When I was very young, my parents forced me to watch this film that was kind of artistic and groundbreaking and sort of revolutionary at the same time. Some of you might have heard of it; it’s called Star Wars.

I instantly knew what I wanted to do for the rest of my life. Right there and then I knew exactly what I was going to do. I was going join the Rebel Alliance and help blow up the Death Star.

I had a book called The Steven Spielberg Story. This thing was my Bible. There was a chapter inside about how he got to make films. There’s like a little checklist. So I did all those things.

I made films with my father’s camera—check. I went to university—check. I made a professional short film—check. Then I sent it to Hollywood producers and I got given a very polite rejection letter.

Felicity Jones as Jyn Erso in Rogue One © 2016 – Lucasfilm Ltd. All Rights Reserved

So I did this kind of ‘low-budget passion project’ called Rogue One: Star Wars. It’s an amazing thing; it’s living the dream. This is Star Wars, this is what we were promised as kids; this is what they promised in the brochures.

Gary Whitta who was the storywriter on the film, was naming everything, and said “Gareth you’ve got to name something.” So I go off and I go to a very well known coffee shop. They finally give me my coffee and when they ask me for my name, I told the barista “It’s Gareth” but they wrote ‘Scarif’ on my coffee. Scarif became the name of the tropical planet occupied by the Imperial Army in the movie.

I was very lucky that I managed to make Star Wars. You know, it’s not enough to make a good Star Wars film, you need to keep trying to make a really great one.

I remember one of the last things we ever shot was that Darth Vader scene. It was an idea from my editor Jabez Olssen, who pitched it to co-producer Kathleen Kennedy, and she went for it.

We said ‘We’ve got to see Darth Vader one more time at the end,’ and she went for it. So we had three days on the set.

I gave myself one cameo in Rogue One at the very end, when Darth Vader is pursuing Princess Leia. There is a guy, a rebel soldier who I feel saves the day. As they’re going down the corridor, he pulls the lever that launches the ship: that was me.

So never ever ever listen to anybody when they tell you something is ‘impossible.’ Because if you never give up, you can sometimes join the Rebel Alliance and blow up the Death Star.

We had a choice of whether to put this a guy in a suit or use CGI. We tried the guy in the suit thing. But there’s a reason that C-3PO moves kind of the way he does: because his suit is so restrictive. So we ended up going CGI and doing motion capture.

Alan Tudyk is very much responsible for K-2’s character. He was the funniest guy I’ve met. On set he was given complete free range to tell any jokes that he wanted to.

But as soon as everyone read it, Kathleen Kennedy said “Surely they should die, right?” And we said “Ooh, can we do it?”

It never came; so we got to do it.

You hear people talk about that Vader scene, but when we shot it I didn’t think it was a special moment in the film; it just felt like something we needed to do. It just was another scene amongst all the others. It was only in the premiere when it got such a reaction and people started saying things afterwards, I went ‘OK.’

Spencer Wilding as Darth Vader in Rogue One © 2016 – Lucasfilm Ltd. All Rights Reserved

Don’t let the fear of doing something bad get in the way; get them out and get them done.

And avoid excuses. If you do anything in your life towards your dream, you have succeeded way more than someone who just quit and never did it. You can’t really fail. The second you start, you won. You did something with your life.

The journey is as important—actually more important and is more rewarding—than the destination. I think if I’d seen this guy on stage who made all these films I’d be very jealous of that guy. But as that guy on stage now, I’m actually jealous of the guy who is at the beginning. That’s an exciting adventure that’s ahead and don’t let it pass by. Enjoy it.

I think at the start of this process we said we should be really fluid and let the film speak to us, and see what the film needs to be, and change things and keep adapting.

It used to be that a film had a pre-production, production and post-production. They were all completely separate. And now because of digital technology everything is blending together.

We had edit-suite cutting before we had even written a script. We were just starting to build stuff together and have a look and see how the storyboards might work, and we were writing when we were in the thick of end of post-production.

For instance, that Darth Vader scene, that got suggested in September—pretty late in the day. Everything was fluid, and it’s an insane way to make a film, it’s really exhausting. But if it leads to the result, and people don’t shout at you from across the street and say you’ve ruined their childhoods, I will take that.