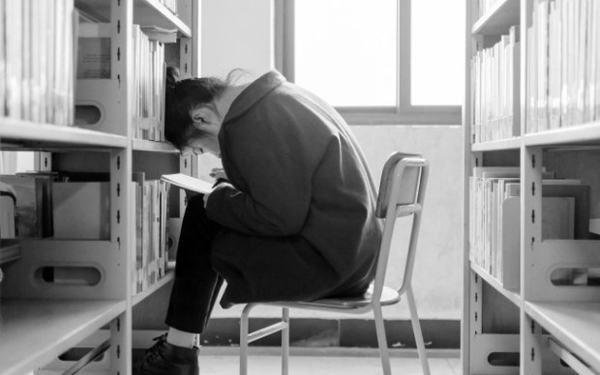 How Reading Screenplays Will Improve Your Writing

As you probably know, the best way to master any creative craft is to study and learn from the best.

In the way Picasso’s early work owes a massive debt to Van Gogh, Woody Allen based his persona on Bob Hope, and Jimi Hendrix learnt all he could from listening to Muddy Waters records, as an aspiring screenwriter you should constantly be reading and learning from screenplays written by the best in the business.

Many newbie screenwriters, though, eschew this habit. They write scripts without reading others. This is a big mistake, and in this post I’m going to show you why. I’ll start by taking a look at how reading professional scripts immensely improves the two components of a screenplay—scene description and dialogue—before ending with taking a look at how, actually, to read scripts.

So let’s dive in.

Reading scripts by professional writers will hands-down improve the way you express your thoughts on the page. Subconsciously, you’ll begin to absorb the style of a professional writer, and learn how to get what’s in your head into each scene in the most evocative and emotionally resonant way possible.

By way of example, here’s some scene description from a spec script, followed by a rewritten version by the same writer after that writer had read two dozen screenplays. The script is for a horror film, and in the scene a young woman hiding in a parked truck has just witnessed the killer strike down another victim.

Jenny, who has been watching all of this, steps back from the window in shock. She throws her hands over her mouth to hold in a scream while she tries to collect herself.

She freezes in terror at a SOUND from the door. She stands still for a moment, wishing she wasn’t hearing this, but knowing that she is.

Outside, the killer is turning the keys in the lock.

Shocked, Jenny retreats back from the window to the darkest recess of the truck.

Then – a KEY TURNS in the door.

In this second version, it’s clear that the writer has gained the confidence to give the actor room to interpret the scene as they see fit without over-directing them, and has learned to say more with less overall.

From reading professional scripts, it becomes clear that you don’t need to describe as much as you think. We know Jenny’s scared, for example, and so don’t need to be told that “she throws her hands over her mouth to hold in a scream while she tries to collect herself”.

Keep it clean and simple, but always go for the most evocative image as possible.

Just Slow Down, by the Winnipeg Police Service (Canada)

When it comes to dialogue, the biggest flaw in spec screenplays is that characters often speak in a robotic, expository way for the benefit of the audience, rather than how real people would naturally talk to each other. Reading produced screenplays, however, will help kill a tendency to write “on-the-nose” dialogue, as you absorb how pro screenwriters subtly reveal information to the audience.

Here’s another before-and-after example of a passage of dialogue between two young, well-off friends. One has just graduated college and is now unsure about his future.

Jack lines up another shot as Kyle looks on.

Dad wants me to start running the company.

So? What’s the problem?

Everything! I know he wants to keep it all in the family but I just graduated from NYU with honors. I want to make my way in the world on my own.

Kyle looks on as Jack PUMMELS a ball into the pocket.

Something bothering you, man?

Four years gone. And for what? Okay, it was fun, but…

At least Daddy will give you a nice office.

In the second version, the viewer is allowed to infer information, rather than the writer baldly stating it upfront in such an on-the-nose way. This is a tough skill to master for aspiring screenwriters, but reading screenplays helps, as you absorb how exposition is handled by the pros. Watch out for how character is revealed through dialogue and how short and sharp most conversations are.

Tom Cruise as Vincent Lauria in The Color of Money

A Quick Note On Formatting

Bear in mind that there are a few differences between pro scripts and spec scripts when it comes to formatting.

For example, professional screenplays sometimes contain a few of those naughty camera angles you’ve probably been told by a script coverage service never ever to include in your script, such as PULL BACK, PAN LEFT, REVERSE ANGLE, etc. The opening paragraph of Charlie Kaufman’s Eternal Sunshine of the Spotless Mind is 16 lines deep, as opposed to the much-cited five-line maximum, and the Coen Brothers don’t bother to use sluglines, to name just a few formatting “irregularities.”

In general, I advise you stick to most of the do’s and don’ts you’ve already heard about formatting. Bear in mind that a produced screenplay was very often written by an established writer who, having learned all the rules, is now in a position to break them. As an aspiring screenwriter you’re not quite there yet, and so you don’t want to jeopardize a picky reader’s opinion of your work by doing something like leaving out sluglines just yet. The reader may think it’s a rookie mistake rather than a conscious stylistic decision.

Of course, the occasional line like: “REVERSE ANGLE — a crowd of hopeful faces looking back at her” isn’t going to make or break a well-written script. If a camera angle or two helps create the sensation of watching a movie in a reader’s mind, then go ahead and use it.

A Three-Step Program for How to Read Scripts

Make a list of 50 scripts. It might be a good idea to stick to scripts in your chosen genre. If you’re writing action/adventure, for example, you’ll need to know how to write short, punchy action lines. As opposed to, say, a drama, which usually has an entirely different feel to the description. Go to a free screenplay site such as Drew’s Script-O-Rama and download them to your laptop.

Staring at 50 scripts in a folder on your computer can be off-putting, but if you commit to reading, say, two scripts a week, you’ll get through them all in no time.

Draw up a plan of action. Stick it to the wall above your work station and start taking reading scripts seriously—as much a part of your writing schedule as actually writing.

First, ignore the sensation that you’re wasting valuable writing time by “just reading.” You’re not. You’re building an understanding from the ground up of how movies are crafted.

Secondly, remember that you shouldn’t just read scripts, you should study them. Approach each screenplay you read with a critical eye and break down the description and dialogue that resonates the most with you. Try to work out what it is about the combination of the two in a particular scene that makes that scene so great, and then apply the same techniques to your own writing.

The more you read, the more professional writers’ techniques you’ll absorb into your own writing style. There are many screenwriting books, courses and seminars out there on how to master the craft, but the best screenplays contain all you need to know right there on the page.