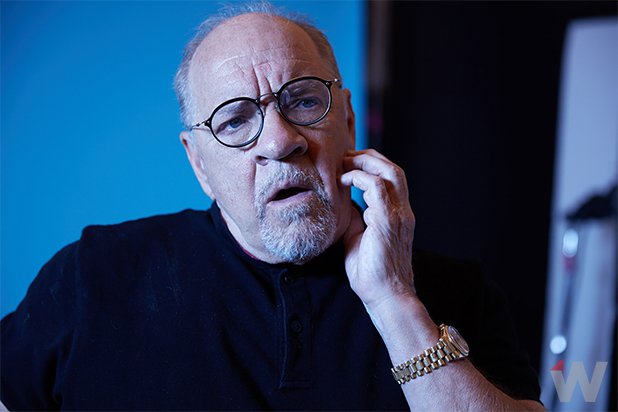 As one of a handful of veteran screenwriters working today, Creative Screenwriting had an in-depth conversation with Paul Schrader to discuss his creative process and how he navigates the turbulent waters of the film industry.

While attending film school at UCLA, Paul Schrader saw the film, Pickpocket (1959), which essentially formed the path of his career. During his stay at the university, Schrader thought there was a major difference between critics and filmmakers, but this film helped him understand the artistic view of each.

“I could make that film,” he thought to himself in the theater. “I saw that there was a bridge between my theological upbringing and my current love of the movies,” said Schrader. In the film, a man commits crimes and then goes and writes about those crimes in his diary.

“Two years later, I wrote Taxi Driver, which is exactly that film.”

Justification From A Career In Cinema

Between 1976 and 2017, Schrader made over twenty films, but the first and the most recent both came from this original idea. Now that both films have finally been made, the writer-director feels like his career has been “justified.”

Paul Schrader revealed, “Sam Peckinpah (Straw Dogs, The Wild Bunch) made this film, Ride the High Country (1962) and at one point, Randy Scott asked Joel McCrea, what is it that you really want? McCrea said, ‘I just want to enter my house, justified.’”

“Now, this was a line that Sam had heard from his father, who was a Preacher. That’s the kind of feeling that I have now. I can enter my house justified,” mused the writer. Throughout Schrader’s career, he has also made a name for himself creating films with transcendental style.”

For the screenwriter, every single second of the film and action of each character matters on the screen. It falls down to choices of the writer and director.

“There are different kinds of films,” said Schrader. “You show an image and that image creates empathy, whether it’s a person or a place. Then, you move that image and you create empathy and action. That’s what we do in movies.” But, there are also efforts to break these rules.”

“When you start withholding, you are working against the very grain of cinema. Only a handful of films can succeed by withholding because that’s not what film was meant to do. But, because film is so good at providing, it can also work at withholding, but it was never meant to withhold.”

In Schrader’s book, Transcendental Style in Film, Schrader dissected the work of Yasajiro Ozu, Robert Bresson, and Carl Dreyer. Where most films focus on psychological realism, these directors focus on transcendental style and camerawork. The style is meant to be devoid of self-consciousness.

This is also true of how he creates mysterious characters like Travis Bickle in Taxi Driver or Toller in First Reformed.

“There’s a mystery within the character. A good character has a mystery. Sometimes, you can have a sense of what that mystery is and sometimes you don’t want to know. Sometimes he goes off or she goes off and does something and you say, Why the hell did he do that?”

“That’s part of the fun of creating,” mused Schrader. While this may back some writers into a hole, it keeps the work interesting for the acclaimed screenwriter. In the case of Taxi Driver, he knew that putting the audience in the mind of Travis Bickle would essentially create empathy, which he would then remove by the end.

Part of this mystery comes from carrying the characters around in his mind. Schrader will often tell stories to people and at a certain point, he is overflowing with an idea. This really means talking to anyone who will listen and share the story to make sure it’s enticing and engaging.

“I’m sitting here in front of the computer now and I’ve started a new script. But, it took me almost a year to get here. I don’t start writing until I know what I’m going to do. I don’t write to figure it out. I write because the well-spring is bubbling over and it needs now to be expressed.”

Before Paul Schrader sits down at the computer, he will tell his movie idea to anybody who will listen. This is ironic, given that most screenwriters are so worried about protecting their ideas. Perhaps Schrader knows that no one else can write a story like him, but it’s an interesting approach nonetheless.

The writer advises telling the story to “anybody who is smarter than you… Let me take you to get a cup of coffee—By the way, I want to tell you this story. That’s how it is. It’s not what they say. It’s what’s in their body language. It’s what in their eyes. Do you actually have them? That’s all that matters. I don’t give a damn what they think of my story. All I care about is: are they sitting in my narrative moment?”

Based on the body language, Schrader will go back and change up the story to make it more engaging. This is perhaps the most intriguing approach to telling a story and another reason why Schrader believes movies to be more oral storytelling than a version of literature. This is also how comedians work on material in front of small audiences to build up an hour for a special.

Amidst the creation states and the physicality of writing, however, even an acclaimed creator like Paul Schrader has had pitfalls.

Getting Knocked Down By Applause

In his 20s, Paul Schrader lived out of his car before selling the screenplay for Taxi Driver. More recently, he had a Nicolas Cage film taken away from him that he was working on as the director. Despite these odds, he managed to push forward and continue work as a screenwriter and director.

“Filmmakers, by nature, are alpha beings. We look at the lions and we say, ‘Give us a whip. Give us a chair. I’m going to go into that cage and I’m going to make those lions sit up.’ But, that’s not always the case. Sometimes the lions eat you and that has happened to me.”

Schrader has gotten into projects where he didn’t respect the other person or the other person didn’t respect him. But, with First Reformed, he’s essentially back on top and the film is being well-received by all. “When people are laughing at you and kicking you and pissing on you—it’s sometimes easier to get up than when they are applauding,” he said about the recent success.

“Now, they’re applauding. I’ve found that it’s a little tricky to get back up on your feet once you’ve been knocked down by applause,” said Schrader. Despite the success, the writer-director is not thinking of retiring anytime soon.

The Best (And Worst) Of The Film Industry

“On the other hand, even though anybody can make a film, nobody can make a living at it. You’re getting people who are full of ideas, making original ideas, and free from the economic restraints of the system.”

“But, on the other hand, you’re getting far too many films in front of far too few viewers. The numbers don’t crunch. All of these wonderful films are dying. Now, filmmaking has finally—after 100 years—assumed it’s proper place among the other arts. What percent of painters make a living? Three, four, five percent? That’s where we are now with movies. Maybe only five percent of filmmakers can make a living at it. That isn’t the way it used to be.”

Despite the juxtaposition of today’s cinema, Schrader continues to grind away at the keyboard. Rather than bookend his career with another high point and dozens of hits under his belt, he’s looking to invent something new. In terms of the writing process, Schrader said, “Looking at the Final Draft page in front of me—because I just started a new script about two hours ago—when it does happen, it’s pretty damn good.”

This article has been condensed. Listen to the full audio interview HERE.