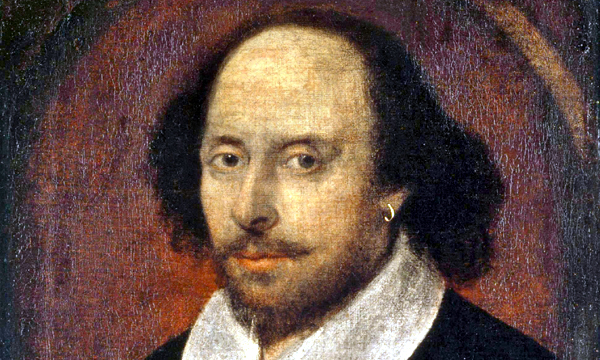 What does The Empire Strikes Back have in common with Taming of the Shrew? Or Scarface with Lady Macbeth? More than you might think. This fascinating new book for screenwriters will have you rethinking the way you create characters and tell stories by taking a close-up look at perhaps the best English-language writer of all time — William Shakespeare.

Creative Screenwriting caught up with J.M. Evenson to find out what her new book is all about.

With so many “how-to” books out there, it’s hard to know which ones are truly worth the read.  What will a screenwriter get out of this book that they can’t get out of the ever-popular Save the Cat?

Most screenwriting book are developed around a cult of the personality of whoever has written it. McKee is about McKee’s theories, Save the Cat is about Snyder’s theories. This is written around the cult of Shakespeare, meaning the best writer in the English language, so it isn’t about me or someone who’s writing now. It’s about taking a look at someone who is absolutely proven to be the master and trying to take some writing lessons from that.

In one of your chapters, you focus on Macbeth and talk about obsessed characters. Why do we love people with obsessions so much?

I think it’s part of our human nature to enjoy vicariously watching someone get everything they want. Someone like Scarface or Lady Macbeth, they move through the story completely obsessed with achieving their goal. We also enjoy watching them spiral into insanity when they get it. Audiences absolutely love seeing someone get everything they ever wanted, especially if it involves murder and mayhem, because those are some kind of hidden fantasies in human nature. We also want to see them punished for having done it.

How familiar with Shakespeare do your readers need to be to find this book useful?

When I was writing the book, I was very aware of the fact that not everybody is a Shakespeare scholar. But most of us have had some kind of exposure. Shakespeare is everywhere — there’s even a Bugs Bunny cartoon loosely based on Shakespeare. Really, all you need is to have been part of Western culture. Take Romeo and Juliet, how many of us don’t know exactly what’s going on there? We know. I also summarize every play, so if you don’t remember what Macbeth is about, the book boils it down to the most important elements and shows you what’s universal about them.

You focus a lot on character and character objectives. Do you think that’s more important than structure?

The funny thing is that Shakespeare’s structure is very different from modern Hollywood structure because he does a five-act structure. So King Lear for instance is built like an avalanche. He starts at the highest point and it just skids off into a terrible abyss. He ends up naked and then he dies. It’s a strange structure, one that you couldn’t reproduce in modern movies, so I focus less on structure than on character. We remember Hamlet, we remember Lear, we remember Othello — Shakespeare gives us everlasting characters.

How important is the villain in a story?

I make the argument in the book that the villain is as important, if not more important, than your hero. Your hero has to overcome something, and if your villain isn’t a worthy adversary, your movie goes soft. The plays we love the best in Shakespeare have incredibly worthy adversaries. Richard III, for instance, is a master villain. He is smart, seductive, and absolutely lethal. If we could compare him to a modern movie character, we might think of Hannibal Lecter, who’s a worthy adversary for Clarice. We just love watching them do their little dance, it gives you goose bumps. If Hannibal Lecter hadn’t been so well matched with Clarice, it would have been just another crime movie.

Tell us how you connect Iago to the Joker.

Iago one of the most famous villains. What’s interesting about Iago is that he doesn’t have a motive. He becomes terrifying because we have no idea why he’s doing any of this stuff, which is far more terrifying than knowing exactly why your villain is after you because there are no rules. In the book I compare Iago to Heath Ledger’s Joker in The Dark Knight. There’s no rhyme or reason to the Joker, he’s just there to create chaos. Alfred sums up the Joker’s character when he says, “Some men just want to see the world burn.” I think that’s what Iago was about, too. And I think that’s why Ledger got the Oscar nomination, because he played such a fascinating character.

You also connect The Empire Strikes Back to Taming of the Shrew?

Yes, The Empire Strikes Back connects to Taming of the Shrew, because I think Han Solo and Princess Leia are similar to Kate and Petruchio. In both, you have incredibly smart banter that crackles with sexual energy. “Taming of the Shrew” really is a blueprint for every single romantic comedy out there.

It seems there’s always some new theory on who Shakespeare really was. Some people claim he wasn’t just one person, but a group of people. I’ve even read that the plays could have been written by Sir Francis Bacon. You have a Ph.D. in Renaissance literature, so who do think Shakespeare was?

I think for sure, Shakespeare was Shakespeare. There are some people who want him to be a high-born lord because they believe someone who wasn’t well off or part of the aristocracy couldn’t be this talented or wonderful. They think he’d have to be part of the aristocracy in order to be talented, and I just don’t believe that’s true. I don’t think the aristocracy is filled up with better ideas or more talent. But I do believe Shakespeare worked with many people. Their notions of authorship were very different at that time, so I know that Shakespeare collaborated with other writers of the time.

Shakespeare for Screenwriters: Timeless Writing Tips from the Master of Drama by J.M. Evenson is available to purchase at Amazon.com.

Screenwriter Shanee Edwards lives in Los Angeles, where she is also the film critic for <a href="http://www.sheknows.com/authors/shanee-edwards/articles"><i>SheKnows.com</i></a>. You can follow her <a href="https://twitter.com/ShaneeEdwards">@ShaneeEdwards</a>.