Like many people in the industry, I saw some tweets early this week about a spec screenplay for HBO’s hit comedy series Silicon Valley, written by an actual Silicon Valley insider. The story showed up in Entertainment Weekly, The Hollywood Reporter and TechCrunch. The writer of the viral spec is none other than Blake Ross, who happens to be co-creator of Firefox and former Director of Product at Facebook. Blake is about as insider as you can get in Silicon Valley – since the age of 14 he’s been working in the inner circles of San Francisco’s tech scene. He’s been featured on magazine covers and he’s one of the youngest and most successful tech stars in the world.

Many of you have been patient with me throughout my tech career as I’ve stubbornly and stupidly clung to the soul-deadening idea that “writing” is just an afterschool snack for those who finish their workaday broccoli. Even when you told me, “You should write more!”, I’d smile graciously but think to myself: Write more what? Apps? I’m not “writing” anything, I’m just posting silliness online.

It’s depressing how long I kept my head in the sand, but it’s solely because of your gentle and persistent nudges over the years—an encouraging Facebook comment here, a hallway high-five there—that I’m finally starting to write more seriously and risk more creatively. You all have opened doors for me—doors that open like this ^ v, not like this < >. Since posting my first script on a lark last week, I’ve heard from Hollywood agents; from the writers of my favorite childhood shows; and from beloved personal heroes, like the Super Size Me guy, who taught me that 4700 Chicken McNuggets a month is totally survivable. I’m even grabbing drinks with the actor who plays Russ Hanneman.

I haven’t been this fired up since I started at Facebook almost a decade ago and all but floated to work in the mornings. It’s gotten so bad that I’ve actually looked into finishing Stanford just so I can study creative writing. Yeah, a college graduate AND a liberal arts degree—I’ll be the shame of Silicon Valley.

All of it is, to be sure, nothing more than a beginning; I don’t know where this road leads, and maybe it leads nowhere at all. But it is a very exciting thing indeed to discover that ice cream can be your dinner. So thank you guys, truly, for that.

This is your very first crack at screenwriting. How long did you think about writing this spec before diving in and actually typing?

I was vacationing in Big Sur for a couple days trying to go “off the grid,” and of course all I could think about was whatever ridiculous stuff must’ve been going on back in Silicon Valley at that moment. So I started jotting down scenarios in a journal, but I wrote them as conversations between Gilfoyle and Dinesh. I actually think it was the first time I’ve handwritten anything substantial for myself in ten years (since I didn’t bring electronics to Big Sur). Turned out to be a pretty good process.

What do you think was the ratio of ideas and scenarios you jotted down vs. what you ended up using in the script?

I think I had two other big storylines I was plumbing. One was about tech protesters, which is just such a rich area to mine. And the other was about Pied Piper getting into a recruiting war with Hooli, and both sides having a “perk off”—with Erlich promising candidates increasingly ridiculous benefits, and then struggling to maintain that illusion. I think they’re both good areas for future episodes, but they were discontinuous with where Season 2 left off. So I started pondering how the team would devise an engineering solution to the lingering political problem (of Richard being fired), which they do with open source in this script. I actually forgot about those until you asked that question. Maybe I should pick them up! With 17 bad jokes about perk-off, of course.

What resources did you use to prepare and learn about the craft of screenwriting? Did you research TV structure etc?

I read the pilot script of Silicon Valley; it’s amazing how different the filmed version ended up being. I also read the pilot of Breaking Bad, just because that’s such a master class. And I spent some time reading John August’s site, which is an incredible resource. More important than the technical research, I think, was just reading interview after interview with writers where they talk about how hard the blank page is. You already know that on some level, but it’s easy when you’re sitting there frustrated to start thinking that you don’t have what it takes. This can’t possibly happen to other people! But then you find interviews with your heroes and they talk about bleeding out in front of the screen, and it’s oddly comforting. Some one-off Googling beyond that, but nothing else stands out. I was already a big fan of TVtropes so I’m sure that played a role.

How many people do you think have read your spec script by now?

The PDF file was hit about half a million times. It was covered in a few media outlets.

Have you talked with any of the show’s creators or writers since you released your spec?

Not about the script in particular. I saw some people tweeting it to them, but I don’t think they’re even allowed to read it for legal purposes. I feel bad about the attention this generated since I know they’re there in the writers’ room doing the real work, and I don’t want to give the impression that this is somehow easy. I just posted it on my personal Facebook page to get feedback like any other piece of writing I do, and this one blew up for some reason.

What they get right: Oh god, so many things. Gavin Belson’s line, “I don’t want to live in a world where someone else is making the world a better place better than we are” is the ethos of Silicon Valley. The depiction of Big Head “resting and vesting” — I won’t name names, but I know a couple. The whole process of pitching VCs, and watching them chase each other’s tails. A friend of mine pitched his company recently and the firm declined and gave a bunch of thoughtful justifications for their refusal based on the merits of the product. Then a few other VCs said yes, and all of a sudden, the first VC wanted back in. What changed?

What they get wrong: I’m not sure the show fully captures the strategic and tactical ingenuity of most of the founders I know. Yes, some are shy, some are awkward when they’re talking to people outside their teams. But those who are winning in their space are also typically playing a brilliant game of chess, outsmarting their competitors by three or four steps at a time. That doesn’t always come through on the show. Sometimes you watch Richard and you think, “this guy’s not only awkward, but he’s a doofus.” But I think it’s creative license to start him a bit further back so his arc toward leadership is more dramatic. Also, our Adderall dealers tend to be younger than the kids they had on the show.

So you’re predicting Richard’s arc is toward growth and success?

I hope so. I think that would be most satisfying. Pied Piper gets beat up on a lot. That would also most closely match the growth I see among young Valley leaders. There’s really nothing more gratifying or inspiring than seeing someone who was just a kid when you started, who could barely run a staff meeting, and five years later he’s taking his company public on live TV in front of millions.

Look at a company like Facebook — when I left, the most exciting thing it did was ship people cake pops on their birthdays. Now it’s built a laser drone with a wingspan the size of a 757 to deliver Internet to third world countries. In 7 years, I want to see Richard think he’s “made it,” when in fact he’s only graduated from the top of one tier and to the bottom of another. Suddenly all the other entrepreneurs at his level are curing mortality and bringing about the Singularity, and he feels like a chump because all he’s doing is compressing music files better than anyone.

Which character do you most identify with? Why?

Definitely Gilfoyle. Because he’s a dry, sarcastic pain in the ass, and so am I.

I love writing his character because it’s basically me. Whereas I still struggle with how to write Laurie.

Just toss your code on github, convince a bunch of sexless Twitch addicts that your mission is a moral imperative, and then sit back and make bank while they work for free. (beat) Open source isn’t that different from a regular tech company, actually.

Do you think there’s a way for the Hollywood screenwriting process to borrow from “open source” approach to writing a show or creating content?

It’s so interesting, I’ve seen a lot of people say that. My knee-jerk reaction is, “This is just fan fiction, guys! It’s been around since Biblical times!” I’d obviously love to see other Silicon Valley founders take on the show, though, in between bouts of changing the world. And it would be particularly awesome for a complex narrative like LOST or a story like Ready Player One. After this experience, I briefly entertained the idea of creating a site called “The Fix,” where people would go to get their fill of their favorite shows during the television off-season, or after a show goes off the air altogether. It would also be fun to write ridiculous crossovers, like Seinfeld meets Breaking Bad. What’s the deal with all this meth? But I’m probably the only person in Silicon Valley who would consider funding a business built around the notion that the Internet generation will download and read 30-page PDF files.

And don’t forget to check out our interview with Silicon Valley screenwriter and producer Alec Berg! 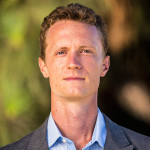 John Rhodes is the co-founder of <a href="https://screencraft.org/our-story/">ScreenCraft.org</a>. He has worked on such films as ‘The Grey’ and ‘End of Watch’, and as a creative executive at Media Talent Group for clients including Angelina Jolie and Nicole Kidman.