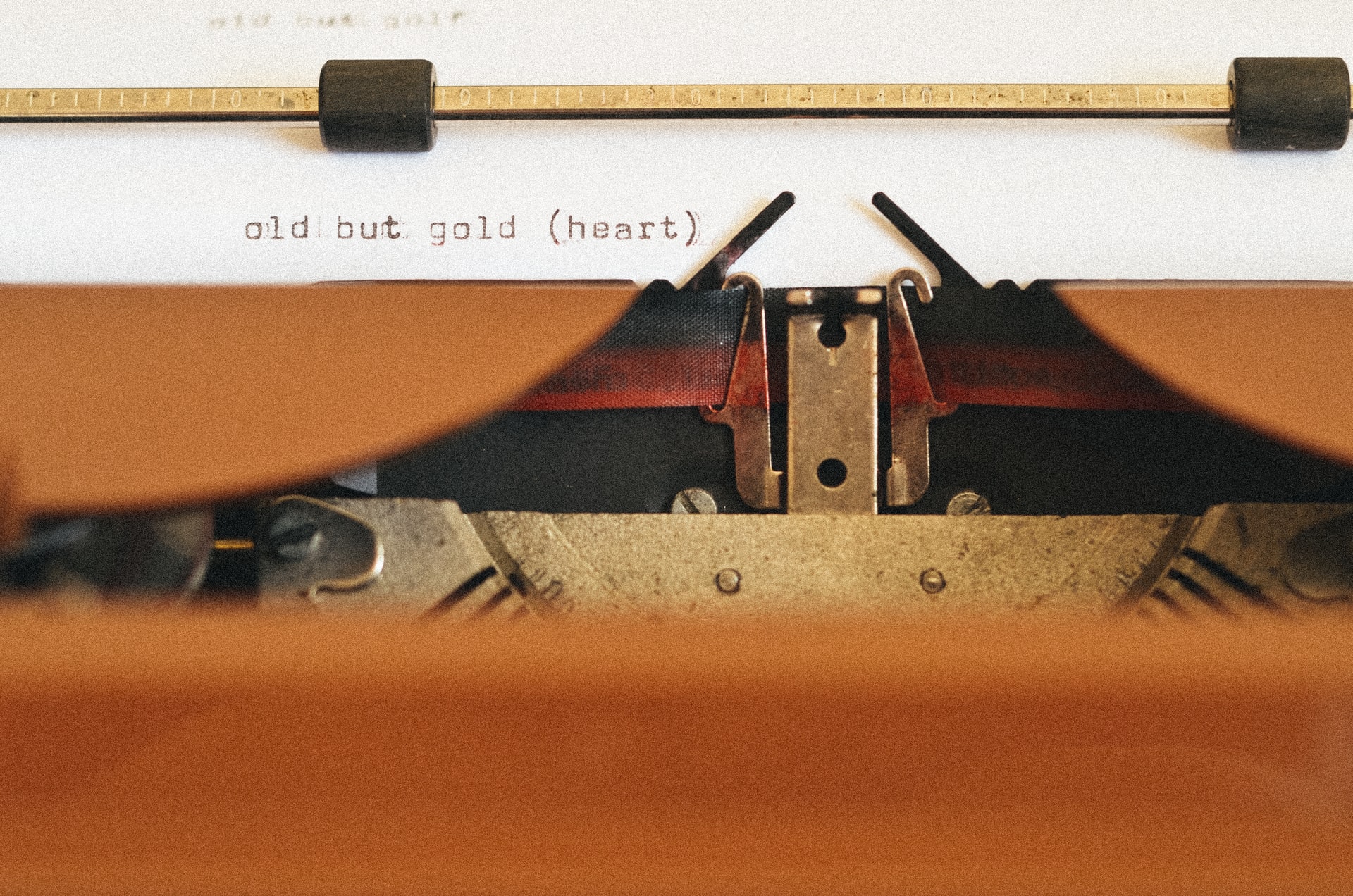 ‘Sleepless In Seattle’ Screenwriter Jeff Arch On His Novel ‘Attachments’

Now that you’ve all read our interview with the Oscar-nominated screenwriter Jeff Arch, you’re ready to read about his latest book called Attachments.

Although the skill sets between screenwriters and novelists are distinctly different and not necessarily interchangeable, Arch has risen to the challenge of becoming a novelist. Attachments is a story of three best friends at a boarding school in 1972 coal-mining country in Pennsylvania who are summoned to their old dean’s deathbed. We asked Arch the relative merits of each format and his preferences.

“It’s so much better preparation from going from writing novels to screenplays than the other way around,” he said. Arch believes that writing a screenplay requires a level of discipline and specificity generally not required in other media. Screenwriting requires an economy of writing because you can only tell your story in a hundred odd pages. It needs to be efficient and focused. There’s an industry standard for how those pages are meant to be written and formatted. Writing novels offers more freedom especially in terms of page count.

You still have to tell a story and introduce complete characters into a new world world when write in both media. However, you have to be lean and think about the plot all the time when writing a screenplay. “You need a poetic grasp of literature because you use as few words as possible to say as much as you can.”

Unlike writing a novel, screenplays are a blueprint rather than a finished product. “A screenplay is a document for all the production departments and actors, but it also has to convey a coherent emotional experience.” Transferring your screenwriting skills to a writing a book allows for a much tighter and focused story. You still have the economy, but you also understand that things need to happen which make other things happen.

When you’re writing a book, “you can get off the highway once in a while. You can stop for lunch anywhere you like before you get back on the road.” You cannot do that in a screenplay. Aside from the side trips you can take, novelists can also get inside a character’s head a bit more than a film. You can’t easily quote what a character is thinking in a screenplay without looking like an amateur. An exception might be when screenwriters can verbalize internal dialogue to juxtapose what they’re doing or saying out loud with their innermost thoughts.

Writing a novel allows writers to alternate points of view between characters. Screenplays are generally written from a single character’s perspective. This creative freedom allowed Arch to write a six hundred page draft of his Attachments compared to writing a hundred page screenplay. This freedom is not always a blessing. “I had to continually find the story I was telling as I was getting into the heads of the different characters. Luckily, I really enjoy the editing process.” 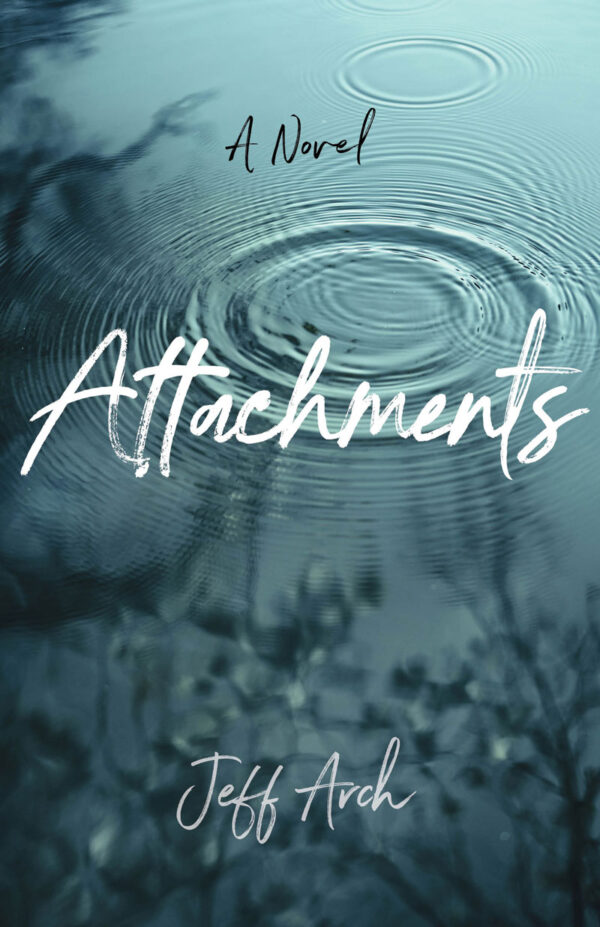 A screenwriter always know what the audience is thinking but they can’t explicitly tell the audience. “Film audience need to do some of the storytelling.” A novelist writes what a character is saying and thinking in a direct way.

Attachments is ostensibly a drama, but Arch says it is also sprinkled with numerous comedic moments. “There’s a lot of comedy in this book although it’s not a funny story. The comedy might be a denial or survival device for the drama.” He sees humor when other’s might not see it. Apart from referencing his Pennsylvanian roots, Attachments may be perceived as a stark detour from his core romcom brand.

Jeff Arch disagrees. “It’s a love story without the fairy dust.” After all, Attachments is about two guys in love with the same girl. “The characters have to earn their way into the story.” It doesn’t explicitly follow the standard romantic comedy template where they fall into a love triangle and battle it out near the end. It’s not clear which couple the audience is rooting for. Arch admits he didn’t know either – a change from knowing the ending and writing towards it in Sleepless In Seattle. “The characters told me what they wanted. I couldn’t stray too far away from the direction they were going in. The story needs to feel natural.” The aim of the ending is to make it organic without it being inevitable or predictable.

The Road To Success

Success comes from the decision to be great. Decide what goes into being great and do that

Writing is an arduous undertaking and success is far from guaranteed. “All it takes is a decision to be great,” mused Arch. Decisions must be followed with actions that support that decision. He forbids writers using the term “aspiring writer.” Success is a mindset. “All writers worked professionally before they had evidence of success.” During his formative years, Jeff Arch didn’t just want to write screenplays. He wanted to get his screenplays produced. He wanted to write movies. “I don’t want to be a writer. I want to be a hit writer,” he said. If he got stuck on a scene, he would ask how it would look like in a hit film or novel.

Aside from thinking success, writers should constantly be working on their craft to achieve it. That is something they can control. “You can’t teach talent and art, but you can teach craft. You need to learn the craft to fully express your art.”

In conclusion, Jeff Arch advises writers not to think of themselves as an emerging artist full of self-doubt, but rather as an “actual artist with something to say.” Think of it as borrowing from your future self. Be persistent and success will follow.

Your craft will rise to a professional level if you put in the work and associated with other professionals. If you don’t believe you’ll be a successful writer, you’ll never be one.

“If you identify as an aspiring writer, you’re no better than the guy aspiring to ask the girl to the prom. You stay home or go without a date.”

Make the decision and find greatness.