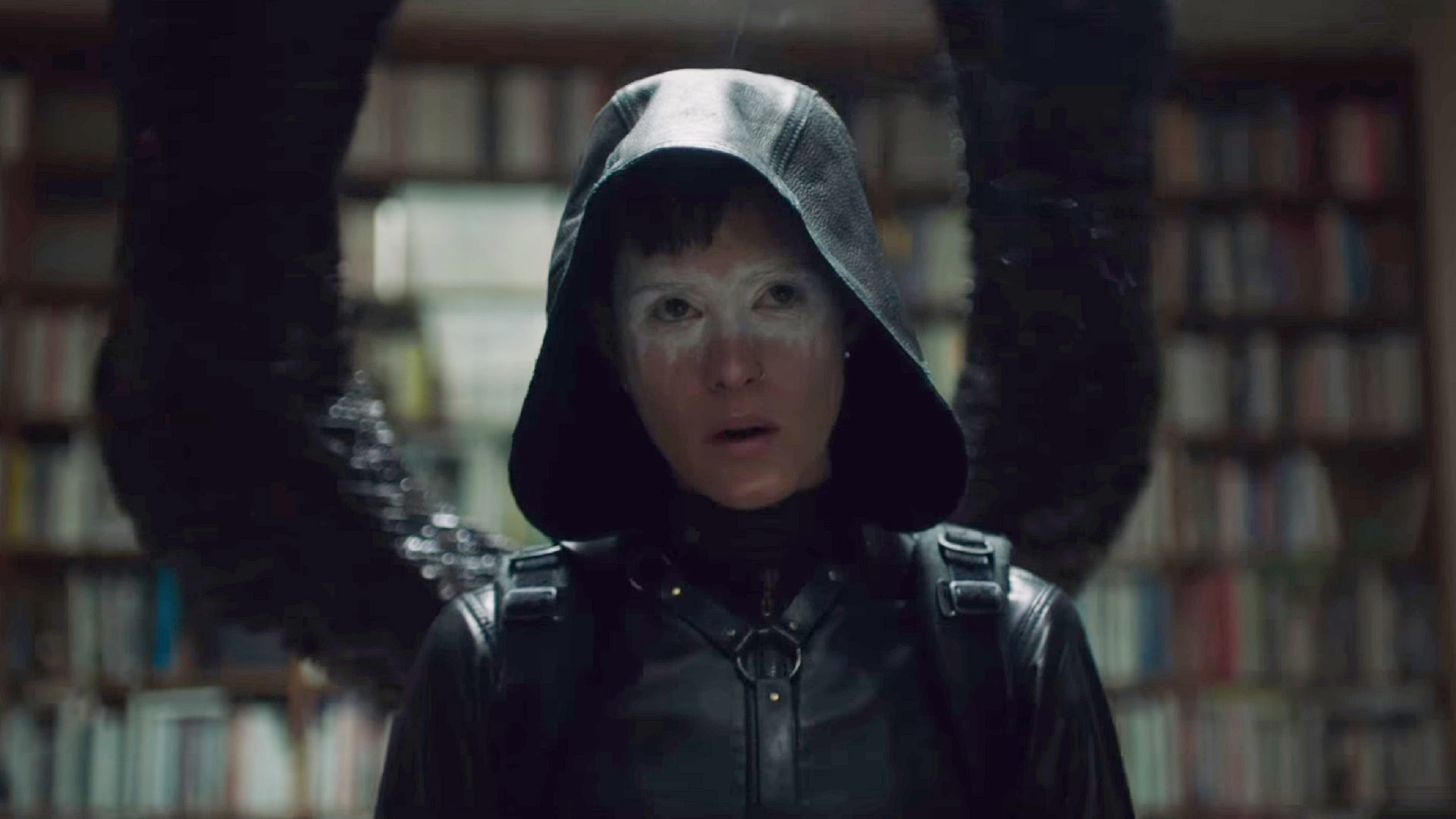 In The Girl in the Spider’s Web, Claire Foy picks up the mantle from Noomi Rapace and Rooney Mara in rendering the role of Lisbeth Salander, Stieg Larsson’s Swedish punk heroine from his Millennium Trilogy. It’s a million miles from her turn as Queen Elizabeth on The Crown, and she runs with the chance to play someone surly, sexual, and feral. If only the story were as inspired as she is in the role. Instead, the new tale, adapted from David Lagercrantz’s 2015 novel, who picked up the mantle after Larsson’s death from a heart attack in 2004, has too many plot holes and coincidences to be called as an assured rebooting of the property and character.

How does Foy compare with Rapace and Mara in her take on the role? Like Rapace, she’s small and compact, and they both have infused Salander with a feisty, trapped animal quality to their physicality. Foy bustles through crowds similar to Rapace, bumping aside those who get in her way without breaking her stride. As Mara did, Foy imbues her heroine with a vulnerability expressed through her big, doe eyes. Foy looks less punk than either of her predecessors, and her accessories aren’t trying as hard. Still, all three actresses aced the role, but it is Foy who manages to blend tough and tender the most seamlessly.

While the character of Salander still remains fascinating, and a character worthy of a franchise built around, there is too much else that lets the idea down. For starters, the main character in the three Larsson books is actually Mikael Blomqvist, the intrepid and seasoned reporter she starts an unlikely alliance with, not to mention a complicated romance. In this new movie, that character is younger and dreamier, as evidenced by the casting of Sverrir Gudnason, but his Blomqvist is relegated to a supporting role. That hurts the material as their tension in working together sparked so much of the original story.

Hurting the new film is Salander’s thought-to-be-dead sister Camilla (Sylvia Hoeks) as the main foil. If Larsson made one mistake in his sequel books, and the Swedish-made films suffered from it too, it was it filling in far too much of the heroine’s backstory. The second and third book turned into family vendetta stories, and the fourth telling continues in that vein with Camilla out to punish sis for abandoning her in their youth. And, as coincidence happens, Camilla is also the criminal mastermind behind the theft of a computer program that could annihilate the world via nuclear holocaust. The exact same one Salander was hired to hack by Swedish authorities.

It’s a long way to go for a family reunion. But director Fede Alvarez, Jay Basu, and Steven Knight gloss over too much of Camilla’s backstory to make her have true impact. (Her red wardrobe and blonde hair do not a character make.) Even worse, the script piles up more conveniences and coincidences, and they start to become laughable as the film goes on. At one point, Salander is injected with poison by one of Camilla’s henchman, and she recovers by inhaling some amphetamines from a medicine cabinet nearby. Later, a thug is blinded and stumbles into the path of a getaway vehicle conveniently stopping the bad guys from getting away.

Every script takes some leaps of faith, but the writers here should have found a way to have Salander get out of her attack more logically, perhaps by breaking the hypodermic during the fight, so she’s never pricked, than to allow such silliness. As for the opportune car crash which enables Salander to confront the bad guys, wouldn’t icy roads in the Stockholm winter have been enough to disable the vehicle?

The attempts to soften Salander by having her turn protective of the son of the scientist (Stephen Merchant) who developed the computer program is misguided too. August (Christopher Convery) is one of those precocious prodigies who can win a chess game in seven moves, but it’s doubtful a leather-clad, no-nonsense type like Salander would act so motherly. Even Foy has trouble working up a rapport with the inert Conversy, not the most expressive of child actors.

There’s not enough of supporting player Lakeith Stanfield and his B story never quite gels properly. And there’s too much action overall throughout the film, though at least it’s shot well. Alvarez and his cinematographer Pedro Luque make excellent use of the frigid locales and watching Salander leap into her bath to escape a burgeoning explosion of fire is a nifty stunt. The close-up of Foy holding her breath underwater while the flames travel across the ceiling above her is one of the film’s best shots.

Unfortunately, Salander acts too superhuman throughout, escaping all of her scrapes with little real damage. She fights off half a dozen men with relative ease, demonstrates superb cornering skills driving a Lamborghini stick, avoids suffocating in a smothering rubber bag, and takes a number of beatings and still stands up to fight another day. Thank God, Foy’s eyes look wounded because little else of her seems to be. She even gets grazed by a bullet and merely grunts when Blomqvist staples her wound together. No wonder the icy tundra doesn’t seem to rattle her as she walks everywhere without a proper winter coat!

Hopefully, as the franchise continues, they will give Foy more time to develop a nuanced character and also explore the romance angle with the able Gudnason as Blomqvist. The filmmakers would be wise to stop exploring Salander’s past too. Show us more of Salander turning her efforts towards the future by helping others through her expert hacking and unblinking righteousness. All the navel-gazing in this franchise is starting to numb as much as those Swedish winters.

View the trailer of  The Girl in the Spider’s Web below: