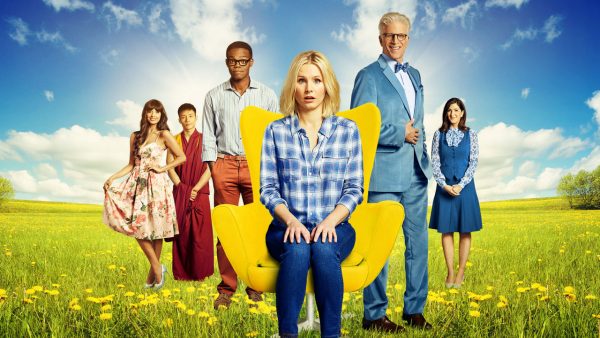 “The Good Place” Had A Good Ending

The Good Place is the affectionate metaphor for the heavenly utopia we go to after we die. The entry requirements are stringent based on your level of righteousness during your living years. It is all managed by architect Michael (Ted Danson) who ensured things ran without a hitch, a misdeed, or a rude word.

The show follows the exploits of Eleanor Shellstrop (Kristen Bell) after being thrust into the afterlife by mistake after being killed in an accident. After realizing the wrong Eleanor was in The Good Place, she struggles to keep her secret, while clocking up as many righteousness points as she can to make up for her time on earth which would have immediately disqualified her from entry.

Showrunner Michael Schur had a loose idea of how he wanted his whimsical television show to play out over four seasons as he created the series. By the third season, he started making serious notes on how season 4 was going to end the TV series. Despite its candy-colored, pastiche, idiosyncratic tone, and a strict ban on forks, The Good Place explores the existential themes of being good on earth to end up in heaven. It richly explores ethics, morality, and judgments. “It was a journey of self-discovery about what it’s like to be a good person,” said Bell.

More importantly, the show questions whether absolute goodness is even attainable by humans who are fallible by nature. After all, we’re all human, so why can’t we make access to the afterlife more realistic and call it The ‘In-Between’ Place?

Goodness has many permutations and doesn’t simply mean the absence of badness. It transcends individual thoughts and actions and examines humanity as a harmonious unit. “How do we all get along? How do we share Earth?” mused Bell.

Schur deliberately began Eleanor’s journey to The Good Place at a low point in her life. She was selfish, dishonest, and deceitful – hardly a prime candidate for being admitted into heaven. She was acutely aware of her short-comings, but… what the fork? Nobody’s perfect, right? That was the justification she used on earth to avoid change.

However, the gradual removal of this rationalization allowed her to experience her maximum personal and spiritual growth. That’s not to say, Eleanor became angelic, but rather, the best version of herself. A little more perfect than when her journey began.

Kristen Bell thoroughly enjoyed playing Eleanor Shellstrop because she was so relatable. Everyone has bad days and presents their less than ideal self to the world. “I was not better than her, but she wasn’t better than me, either,” Bell confirmed. Can morality and ethics be taught, or are they inherent in people?

Eleanor’s journey toward her best expression was paved with further self-discovery. “During the first two seasons, Eleanor insisted that she didn’t need anyone else to survive. She stabilized during the final two seasons before she realized she became a better person because she was around other people helping them,” proclaimed Bell.

A large part of the human experience is to be there for each other. These feelings of inter-personal reliance resonated most with Kristen Bell to bring Eleanor’s character to life.

The Good Place lives at the intersection of comedy, fantasy, religion, and philosophy which makes it such a unique TV show. Paradoxically, Michael Schur was not focused on the academics of these disciplines. After all, it’s a television comedy whose main purpose is to entertain its audience. “We distilled highly complex ideas into something easily digestible and accessible,” he said. It could never be the intention of the TV series to preach to its audience.

The Good Place screened its grand finale which turned the show’s conceit on its head. It posed the deeper philosophical question of whether we should be righteous during our time on Earth in the hope of landing a coveted spot in The Good Place, or should we just be righteous without expectation or explanation? Are Heaven and Earth different places or merely different states in our journeys as humans? These are left for the audience to ponder after the closing credits roll.

The finale of any television show culminates in the sweetest goodbye according to the showrunner. “When the lights go out you know everyone’s going to be okay,” said Schur knowing his efforts over the past four seasons were worthwhile. It all comes down to the emotional impact of people permanently saying goodbye to each other as they forge the next steps in their lives. The end was a quiet, surreal moment. The world will go on without the show. Schur modeled his ending on the finale of Cheers – people talking in a bar and turning off the lights. “Sorry, we’re closed. But everyone is at peace.”

Janet (D’Arcy Carden) is the human-AI interface of the show who acted as the General Manager/ Troubleshooter while the Architect was indisposed. “Her character was written with charisma and humanity,” claimed Carden. Janet is a matter of fact being who tells it like it is, but with a soothing, calming tone. She is the knower of all things. She equally embraces both human empathy and cold robotic facts.

Schur admitted to having difficulty in initially constructing Janet’s character and voice. She was a robot and girl, but also wasn’t. “We initially defined her in terms of what she wasn’t,” he added.

Schur settled on describing Janet’s character as being misunderstood. “There’s something weirdly moving about Janet constantly denying the preconceptions people had of her. In the end, Janet was defined by finding her humanity in a character that wasn’t essentially human.”

“You’ve finished the marathon. The finale is the final lap to cool down,” concluded Schur.