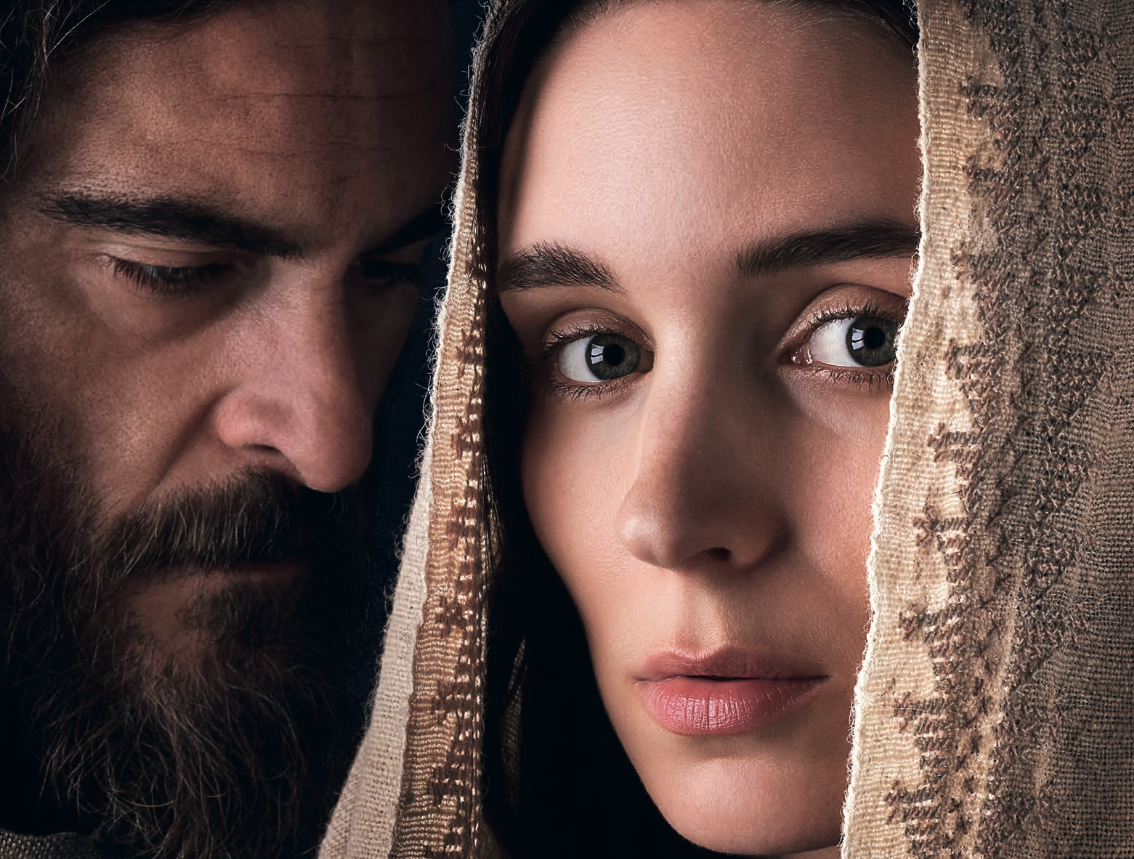 It’s Easter week, and appropriately, a movie about the life of Jesus Christ is opening this weekend. This one stars Joaquin Phoenix in the role of ‘The King of Kings,’ even though the main emphasis, and title character, is Mary Magdalene (played by Rooney Mara). Among other strengths of the movie, this one rights the wrongful interpretation of Mary as a prostitute. Even the Vatican had to concede in 2016 that she was the ‘Apostle of Apostles,’ the closest ally of Jesus. The idea of her being a sullied woman was a wholly egregious interpretation by Pope Gregory in 591 A.D., likely his attempt to enable the patriarchy. The film Mary Magdalene presents the more modern take on her, showcasing her as not only the most committed of Jesus’ disciples but the bravest and surest member too.

The new film takes other more mindful approaches in its telling too. Phoenix plays Jesus as less of an ethereal saint, and more of a gritty, hard-working healer. When he performs miracles, such as healing a blind woman or raising Lazarus from the dead, the acts aren’t showy, but they take a lot out of him. The powers of God working through his mortal body are taxing and seeing such an interpretation makes the toll it takes on him more relatable. (And we think our jobs are tiring!)

The entire film is designed to be more down to earth, both literally and figuratively. The cinematography isn’t showy, the actors wear little makeup, and the production design seems as sparse and bare as the desert where Jesus walked and talked. This period piece shows how harsh the landscape and the times were; not only did the disciples have to battle Rome and non-believers but the unforgiving wilderness and elements as well.

Thematically, the film is modern too. Much of what Jesus preaches here directly connects to today’s issues of civil rights, women’s rights, and environmental causes. At one point, Jesus tells a woman who fears her mind that she should not subscribe to what her husband tells her to think but to find out for herself. Director Garth Davis (Lion) and screenwriters Helen Edmundson and Philippa Goslett set out to give this material a genuine immediacy, connecting the teachings of the Messiah to our modern world and problems.

It’s a shrewd move that manages to give this oft-told tale something genuinely fresh and new. Attempting any religious story onscreen is always risky, as the opportunity to offend is right there at your fingertips, especially trying to improve upon the ‘greatest story ever told.’ Indeed, there are a multitude of questions a screenwriter must address if tackling the story of Jesus. How much do you tell? How can you make such a period piece connect with a 21st Century audience? What’s the proper character arc to write for the ‘Prince of Peace’ and how far can you go in showing his failings and making him human? And what kind of dialogue do you write for such characters to say? Something straight out of the Bible or language put through a more contemporary screen?

The film Mary Magdalene blends some verbiage from scripture into the dialogue, but generally sides with more modern sounding words. It isn’t always successful, and the blending of accents muddle things too. Chiwetel Ejiofor plays Peter with his natural British accent, but Mara speaks in a flatter, more East Coast tone. Thankfully, it doesn’t sound nearly as strange as Harvey Keitel’s playing of Judas with a Brooklyn twang in Martin Scorsese’s The Last Temptation of Christ (1988), but the uneven mix of dialects is still confounding.

Some filmmakers have eschewed modernity of language altogether. In 2004, director Mel Gibson avoided vernacular language to give his film The Passion of the Christ more authenticity. He had his film’s script written in English and then translated into Latin and reconstructed Aramaic. Gibson also let his pictures speak a thousand words. His searing visuals of a tortured Christ, with slow-motion shots of ripped flesh and bloodletting, eclipsed any dialogue, Aramaic or otherwise. Such a modern and violent take on the material appalled many, yet the film was a colossal hit worldwide. Perhaps, making the story that immediate for a modern audience enabled those in the cineplexes to understand all the horrors that Christ went through during his incarceration. (If you think about it, crucifixion isn’t far off of something you’d see in a violent horror movie. The Saw or Hostel franchises, perhaps?)

Corny dialogue is undoubtedly one of the main criticisms of some of the religious epics from yesteryear, most notably The Ten Commandments made by Cecil B. DeMille in 1956. Lines like the come-on’s of Nefertiti (Anne Baxter) to Moses (Charlton Heston) are beyond laughable by today’s standards. “You will be king of Egypt, and I will be your footstool!” is an actual line she utters while trying to seduce him into her bed. Such banter can be blamed on the sexist times but finding the right balance between respectful and raw in a religious epic is complex. The sad part about the script of The Ten Commandments is that it does have some excellent dialogue. When the defeated Rameses (Yul Brynner) assesses his army’s loss at the Red Sea fighting against Moses and exclaims, “His God is God,” it’s an exceedingly memorable moment. Unfortunately, better lines like that tend to get washed away in all the mawkishness around it.

The part of Jesus is a difficult challenge for any actor and making a believable Messiah can backfire. Jeffrey Hunter came off too youthful and callow in his rendering in King of Kings in 1961.Willem Dafoe also made his Christ contemporary sounding and received some of the worst reviews of his career in the Scorsese film. Others played Jesus saintlier, like the take of Max Von Sydow in The Greatest Story Ever Told in 1965, but a proper character arc seemed lacking. Perhaps screenwriters and actors are afraid to show such a character with too many warts. Granted, Christ goes from preacher to martyr to a saint in the story, but how do you make those last two iterations more human than symbol?

Giving modern sensibilities as well, it makes little sense to continue seeing western actors play a character who was Middle Eastern. Despite all the smart things that the film Mary Magdalene does, casting an American like Phoenix in the role of Jesus seems directly at odds with the rest of the film’s evident revisionism.

Perhaps the best versions of Christian stories onscreen are those not featuring the Messiah as the main character. Indeed, a film like Ben-Hur presents Jesus onscreen better than most precisely because it has the son of God in a supporting part. Director William Wyler even keeps him a mystery throughout, never featuring him in a proper close-up. This way, Christ is interpreted through the experiences that Judah (Charlton Heston) has with the rabbi. Such a narrative trope helps keep the focus on Judah’s spiritual journey and even allows the audience to fill in the features of the Savior’s face in our mind’s eye.

Writing any script is a monumental task, filled with storytelling landmines and clichés to avoid. Attempting to pen a story adapted from the Bible, especially the story of Jesus, is even trickier. Do you go ‘old school’ or modernize, present him as realistic or saintlier, and how much do you put on the page showcasing his violent torture and death? One could say the devil is in the details, but that’s a whole other sort of Biblical story.