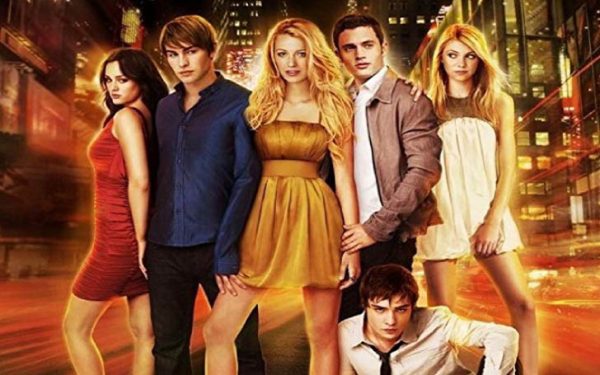 Last year we interviewed ISA Development Slate and award-winning screenwriter Elaine Loh about her TV pilot Stringer. She was also an HBO Writing Fellow which led her to a coveted spot in the Gossip Girl writers’ room. Creative Screenwriting Magazine caught up on all the gossip with Elaine to describe her experiences and what they meant for advancing her screenwriting career.

In September of 2019, my life changed. That’s when I got the news that I had landed my first gig as a staff TV writer on the reboot of Gossip Girl for HBO Max. It was a 20-week contract, and alas, that time is now complete. I kept a journal along the way to remember what I learned and experienced. To be clear, these are my own experiences in the room and every room might be different. I’ve tried to pick the things that I think are the most universal and helpful.

Let’s start with the creative process side. I had never broken a story for TV, much less an entire season of a television series, with other people before, so I had no idea what to expect. Because “GG” is a new show (well, a returning show, but this version is new), we were starting from scratch. The showrunner Joshua Safran had written the pilot episode, so he had come up with the main characters and had an idea of where he wanted the season to go.

As a room, we first got to know our characters a bit more. Each writer was assigned a character to dig deeper into. We got to know their likes and dislikes, their upbringing, their taste in music and movies, their astrological sign; anything to help us make these characters come to life. From there, we plotted out the big things that would happen to each character across the ten-episode season, along with a season-long “lesson to learn.”

Then, we broke the story in more detail, episode by episode. Here’s something that someone else told me to do that I thought was vital: I came in with story ideas on day one, based on what I knew from the pilot. I knew that some of our characters were going to experience something that I knew nothing about (sorry, I can’t talk about it in detail since we’re sworn to secrecy!), so I decided to read two books on the subject so I would have some ideas for discussion.

Turns out that no-one in our writers’ room had gone through the experience that the characters were going through, so my ideas from the book ended up being useful. This type of preparation was necessary throughout the whole season. Many nights, I would go home from work and do “homework,” thinking and preparing for the next day. A lot of my ideas were crap, but bad ideas help get the ball rolling too. And bad ideas lead to better ideas.

Speaking of bad ideas, something I learned in the room was that it can be useful to start a pitch by saying, “OK, it’s not this, but what about…”. That way, you’re signaling to the room that you know you might not have the best idea, but you’re offering it as a jumping-off point. I’d read previous articles that said staff TV writers (who are the low men/women on the totem pole) aren’t expected to contribute and that you should only pitch your very best ideas, maybe one before lunch and one after lunch.

That was NOT my experience at all. Joshua Safran, our showrunner expected ALL of us to contribute and even told us, “When you guys are looking for your next jobs, the way I can recommend you is by talking about how much you contributed to the room. You’re all good writers, that’s why you’re here. But it’s not enough to just be a good writer, you have to be part of the team.” Now, I must say, my showrunner was basically the most awesome person I’ve ever worked for (he didn’t pay me to say that). I learned so much from him. There may be TV writers’ rooms where the staff writers are treated as “less than,” but mine was not that way.

I can only hope that your first TV writers’ room has a wonderful showrunner, who allows you to try and fail as equally as you get to try and succeed. That was not to say there was no hierarchy at all (there are many articles already online about the various levels, so I won’t go into them here). I was aware of when to move on and not fight for an idea that was not sparking excitement from the showrunner or other higher-ups. One time I mentioned something that got shut down in the room, but then came back to it about four hours later when a higher level writer suggested it again. That kind of stuff happens. It’s not on purpose or ego-driven, it’s just the nature of creativity. And timing. In general, all of our higher-ups were supportive of our participation (again, that might be the luck of the draw with the room you’re in), even if we came up with a dud idea.

Another way that I was able to be active in the room was to be one of the people who was happy to write on the board. This might not be for you if you have bad handwriting! But if you have good handwriting, it is a great way to be of use to the room. And, as an added bonus, I found that writing on the board really made me LISTEN. Sitting in a room all day talking, you’re going to tune out sometimes, even when you don’t mean to. It’s called writers’ fatigue.

Writing on the board forced me to hear what people were saying, understand it, and then convert it to something concise on the board. This was invaluable to my understanding of the story we were developing. It helped me grasp it in my own head, better than if I were just reading what someone else had written on the board. So, this one is a twofer. Good for the room and good for you! As an added bonus, it really helped when it came time for “my” episode. By writing everything out myself, I was usually able to pitch to my showrunner without just reading off the cards.

I noticed that everyone had a different style of pitching to the showrunner – some would sit in their chairs facing the board and read the cards verbatim, some would stand in front of the board and face the showrunner, saying what was on the cards, but telling it like it was a story already, making us feel what it was about. I could see the difference in how ideas were received. Clearly, the latter, more inclusive way of pitching had a better effect. The more experienced the screenwriter, the more they were able to pitch conversationally and connect with the showrunner.

This is a muscle that I am still developing. I mention it now because as screenwriters, we often aren’t extroverts and we don’t like public speaking. So, it may be something to practice at home before you get in a room and the stakes feel higher (like, come up with a story and pitch it to your dog, see how much of it you read and how much of it you actually tell).

A final way that I found to be useful to the room was to develop a specialty. By the end of the season, the other writers were calling me “Research Elaine.” This is because any time we had to look up something obscure or highly specific, I would volunteer to research it. I actually liked doing it too because I learned so many random things that I would otherwise never have known. As part of the HBO writers program, we had a guest speaker, Pat Charles, who wrote on Bones. He told us to figure out what the showrunner’s pain was and then try to fix it. For him, that meant becoming the “bone clue” guy. He would research random stuff about bones (and he wasn’t a doctor or an osteologist) and then have it ready to go when the room needed it.

Before I end this article, let me talk about some of the logistical things that I did not know when I started the job. The biggest thing is… You’re not going to make as much money as you think you will. The base weekly rate for a staff writer (as of writing this article) is a little over $4k. I know!! That sounds like so much!!! But if you pay out an agent, manager, and a lawyer, that cuts it way down. Plus taxes!! I ended up with about $1700 a week. Plus you’ll pay your initiation fee to join the WGA (about $2500). Plus your quarterly dues (about $700). And, if you want to incorporate so that you don’t have to pay taxes on your commissions, that’s about $1200 to set up. So yes, you’ll probably be making some really nice money, but just not what you think. I warn you only because I may have gone on an ill-advised shopping spree at the beginning of my job before realizing my actual take-home amount.

One thing that I would recommend spending money on is joining the gym at the studio (if you happen to be on a studio lot like we were). It helped to have my gym right there! Not a car ride away. I got to the studio early, worked out and showered, and then was still able to get to the room at least half an hour before it actually started (which was another tip someone gave me, always get there before your showrunner). Another health thing that we did in our room was that our showrunner had us stand up every 20 minutes. Our writer’s assistant had an alarm that would go off every 20 minutes ALL DAY LONG. Maybe it seems like overkill, but when you sit for hours and hours on end, your back will feel it!! Stand up as much as you can and stretch!!

And finally, a last logistical tip – don’t get sick. OK, I know that might not be in your control, but what IS in your control is whether or not you willingly spread it to others (I’m writing this during self-quarantine for the COVID-19 outbreak, so this is especially salient). Missing the room because of illness sucks. It happened to me. It happened to three other screenwriters at different times. We all get sick. But sharing that sickness with everybody is way worse than just staying home. Luckily, the writer’s assistant sends out detailed notes every night, so you can stay up to date with what’s happening.

That’s it! Those were the things I learned that I thought might be most useful to you. I’ll end with something that an executive friend told me when I got the job. He said, “Remember to enjoy the ride. Being staffed on a TV show is rarified air and you’ve worked hard to get to such heights. Don’t forget to stop and take in the views.”

I wish you so much luck on your journey!! I can’t wait for you to have your first staff writing position too. Please feel free to let me know if this article was helpful to you.