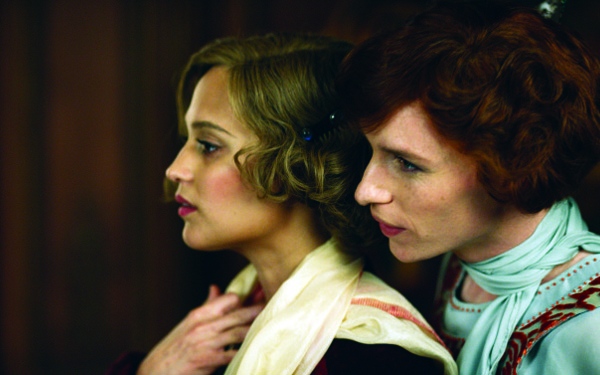 “The pleasure for me is in the monomania.” Lucinda Coxon on The Danish Girl

Danish painter Einar Wegener pioneered the fight for gender-reassignment surgery at the break of the century. Played by Eddie Redmayne (The Theory of Everything, My Week with Marilyn), Wegener, who became Lili Elbe, was one of the first to undergo the controversial and risky surgery and did so with the support of her wife, Gerda.

Directed by Tom Hooper (The King’s Speech, Les Miserables), The Danish Girl is beautifully written by Lucinda Coxon as it invites the actors to exist between any expected clichés of a transgender film. Rather than dwell on sexual scenes or medical queries, the film is a romance, inviting audiences to follow along as two people love one another. Creative Screenwriting spoke with Lucinda about the film.

What led you into screenwriting?

I began in the theater and crossed over into film. I drifted across the barrier and I occasionally drift back. I started in my teens where I worked as a dresser backstage. At that point, I couldn’t have imagined I would have been a writer but I loved the theater.

What led you to writing The Danish Girl?

In 2004, I received a copy of the novel from the film’s producers — Gali Mutrux (Rain Main, Donnie Brasco), Anne Harrison (Two Family House, The Night of the White Pants), and Linda Reisman (Titus, Jeepers Creepers). They had seen a film I made in the UK (The Heart of Me) and asked me if I was interested in taking on the adaptation. I was unfamiliar with the novel as well as the true story, but once I realized it was historical fact, I was amazed because I had no idea they were conducting gender confirmation studies so early.

So when I read the novel and began conducting additional research, I started to discover the fictionalization sections where the novel departed, in terms of what we knew to be true versus speculation. I found the love story within to be absolutely breathtaking. There is a deep love story between these two people that exists within this marriage. These two artists are working side-by-side and their daily life is awe-inspiring. Before I even knew how the story ended, I was very committed to it. I was a very easy sell.

The Danish Girl, by David Ebershoff

Can you elaborate on the additional research involved for this story?

There was quite a bit of research and it was difficult because there wasn’t much information available. The story itself had been largely forgotten and there are all types of reasons for that. Female and homosexual history is often swept away but there is also the period itself, and everything that happened in the 1930s and 1940s. For example, Lili Elbe’s medical records were all held in the women’s hospital in Dresden and everything in the hospital was destroyed in the Bombing of Dresden in 1945. In that respect, many medical records no longer exist.

There were some slightly unreliable memoirs that I was able to research. Lili Elbe had friends who wrote about them so they were included as side characters in other people’s stories. There was also a certain amount of academic material available. In a sense, as artists, they also documented their own lives through the paintings so there was that material to work with also. There is also, of course, a great deal more information available now in terms of transgender issues. With the Internet, individuals as well as global academics can connect to share information more freely, so much more information is present today.

What were some of your influences—cinematic or theatrical—for this film or that led you into the business?

When I go to the theater, I still want to have the sense of wonder I had when I used to see pantomimes when I was four years old. I want that intensity of peril and thrill. In a way, with this film, I think my theater background helped me understand this love triangle. This was the type of project where you really need to get in the thick of it. I really needed to get inside the marriage in an almost claustrophobic way. I needed to go the distance to feel the highs and the lows that they felt. I wanted the viewers to go on that journey and feel how they felt by the end of the film. There isn’t a distance perspective because you really need to go inside the story. Every project has it difficult sections and it’s joys, but it was similar to the pearl-diving method of writing a play where you hold your breath and don’t come back up for quite a long time.

Director Tom Hooper on set of The Danish Girl

What kind of timeline was involved with the research and the writing process?

I started in 2004 and within a couple of years we had a script we were happy to send out. We were terribly excited and I was fantastically naïve, because when you fall in love with a project, you assume that everyone else will be in love with it as well. The actors were very much in love with it. Several well-known actresses wanted to play Gerda, but the subject matter made it quite difficult to find someone to play Lili. We scheduled various directors and with each director came a new draft. We had probably gone through twenty drafts before landing Tom Hooper. In fact, the one we shot was actually an early revised draft that Tom had read back in 2008. I did a fairly large rewrite for Tom, but in the end, we used a version with little revision from the original.

Did you write any of these characters with specific actors in mind?

It was quite a wish list of actors. Sometimes I will cast someone in my mind if a certain actor parallels with a character. Sometimes it may even be a younger version of an actor or a quality that an actor has. With this film, I didn’t really do that because I had real-life role models. I had photographs so I was writing for these real people rather than writing an imitation of them.

When you’re alone in the room and you’ve already conducted most of the research, what are your writing rituals?

That’s actually when I take the dog for a walk or do some unnecessary cleaning. I’m very envious of writers who have a steady output and work office hours. I have to work in an intense and erratic way to get a head of steam. I listen to writers who work on one project in the morning and another in the afternoon, and I want to tear my hair out with grief. It would be great to juggle projects like that but I can’t do it. In a sense, the pleasure for me is in the monomania.

I’ve got an office that I rent around the corner from my house and I probably haven’t been there in three months, so it’s the most expensive storage unit in history. It sits empty for a great bit of time and when I do go, I really think it’s great, but I’m just as likely to work in the back bedroom of my house. Regardless, I usually leave the work for as long as I can and then I have to push myself through the hours. If I have a deadline of Friday afternoon, you’ll get it Friday night at 11:59 that night so it’s technically on time. It’s an endless crisis. I’m going to try and stop doing that because I’m getting a little old to work that way. But I basically do all the things I tell my daughter not to do when doing her homework. I’m trying to practice what I preach, but for now, that’s how I do it.

Lots of things can make a good story, but if you cannot identify with the protagonist, no amount of an ingenious plot will make a difference. You need to have your audience be able to locate themselves within the story, or else it’s pointless.

Is there any one piece of advice you wish you would have known earlier in your writing career?

Hold yourself to a punishingly high standard and write often. I have a tremendous anxiety about my work. I always think it’s not good enough, but that can also be counterproductive. In the end, you just need to write. Just do it. Don’t judge it in a way that hinders you from doing it. The world will judge it soon enough.

This has been a long road. I’ve been working on lots of other things in the mean time. I’ll be making a film next year with a director Lenny Abrahamson, who made Room, which is also doing very well at the moment. I’m also going to get back to writing another play because I like to keep up a mixture of the genres.

I’ve been working on The Danish Girl for such a long time, and despite that it took nearly a decade, I feel like it’s opening at such an extraordinary moment in history. I think it’s opening at the right time. I will always think of it as a love story, but I believe it will be part of this rising tide of understanding with gender and transgender issues. Hopefully, we’re approaching a time where that won’t be the thing we mention about it. It will hopefully be old-fashioned in ten years to talk about a film as ‘a transgender film,’ just because it has a transgender character in it. That will be incidental and we can focus on the story of a marriage.