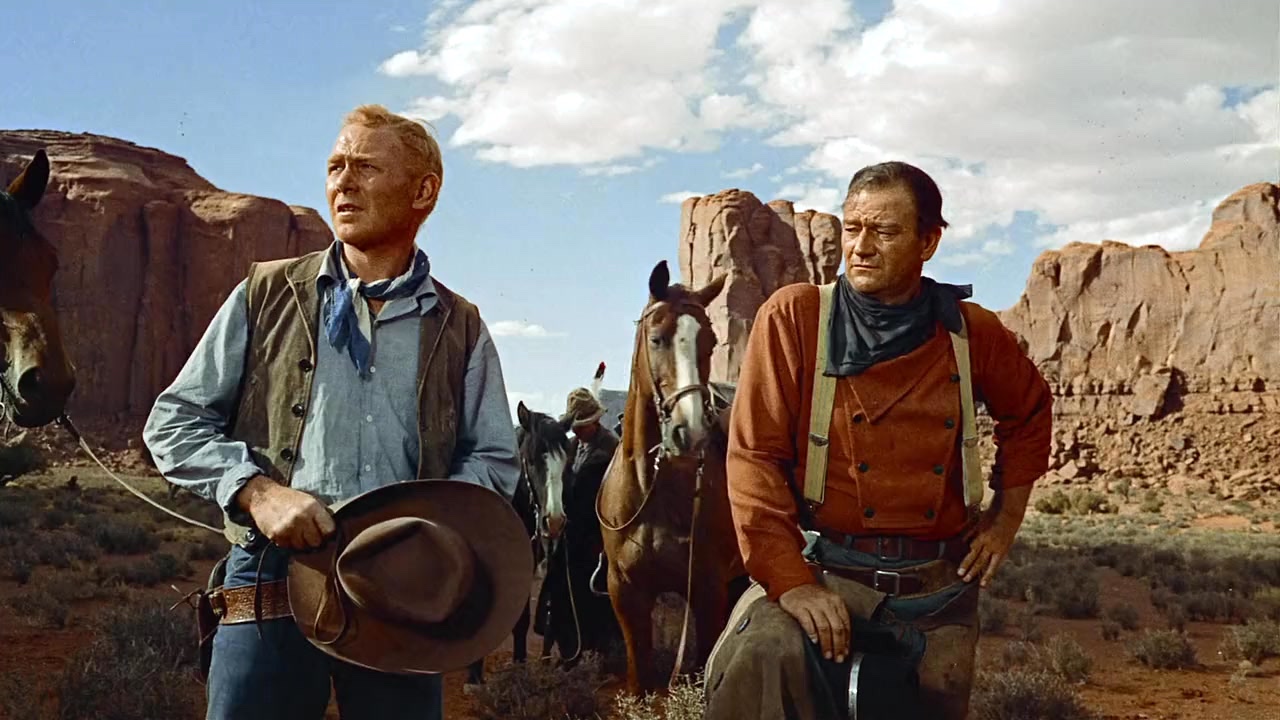 The Power Of Westerns (Part 2)

The idea that Americans were destined (by God) to settle the west was in many, many early westerns considered a positive. Native Americans were demonized and the white, so-called civilized culture of the eastern states was shown to be beneficent to the land. That view changed slowly as westerns matured and a more balanced approach was used.

The Searchers, considered one of the greatest westerns shows a xenophobic and racist main character who is so hateful that he wishes to kill a woman who was kidnapped by Native Americans simply because she was married to one of them.

At the end of the movie, John Wayne is shown in a framing device that suggests he cannot come into a house. He stands in the doorway and eventually just leaves. This signals that attitudes toward Native Americans, the first true settlers of the west, has changed and Wayne’s character has no place any longer.

The Ox-Bow Incident deals with mob justice, extra-legal judges, and juries. Films like Death Wish and Dirty Harry during the 70s leaned into this old west theme of vigilante justice but really the concept of justice, extra-legal or otherwise, goes back hundreds of years and forward into today’s films and television. Dexter metes out his own brand of justice. He is judge, jury, and executioner. The Punisher would be home in any frontier. Boba Fett is a bounty hunter.

Nothing in westerns is more controversial than the treatment of Native Americans which continues somewhat today. Fort Apache, Dances With Wolves and many others tried to right the cinematic wrongs done to Native Americans in film but there are still shameful examples of how Hollywood exploited and vilified a people who tried basically to defend and maintain their lands and heritage. No doubt there were villains on both sides and the so-called revisionist western tried to balance that with measures of success and failure.

Native American’s have taken their story and told it their way. Films like The Only Good Indian directed by Kevin Willmott has a lot to say about Hollywood’s (and America’s) treatment of Native Americans in film.

As mentioned, the adaptation of Tony Hillerman’s books feature Native Americans as lead characters. Hillerman wasn’t a Native American but he grew up going to school with Potawatomie children in elementary and high school. Growing up Indian, he said, “you didn’t have an us and them.”

Rugged frontiersmen like Davy Crockett and Daniel Boone blazed trails across the west. Cattle and sheep farmers quickly followed hungry for big land where they could graze their flocks. Almost every western has a rancher. Australia’s The Man From Snowy River and subsequent movies and TV shows based on that poem has families wrangling cows and sheep even if cowboys are called stockmen and ranches are stations as depicted in the TV series Mystery Road.

Hell on Wheels is a retelling of what happened to the country as the railroad was built connecting east to west. The telegraph changed the west even further as communications across thousands of miles became commonplace. Slowly, like clearing a a homestead of trees and rocks, the rough edges became smoother and America was less wild and woolly and more organized and staid. The land changed with the people coming onto it.

The outlaw eventually became passé and the way of life that began and ended with the barrel of a gun was snuffed out. Tombstone, Butch Cassidy and the Sundance Kid, and The Wild Bunch deal with the end of an era and beginning of a new one as community, not gunslingers, took hold. 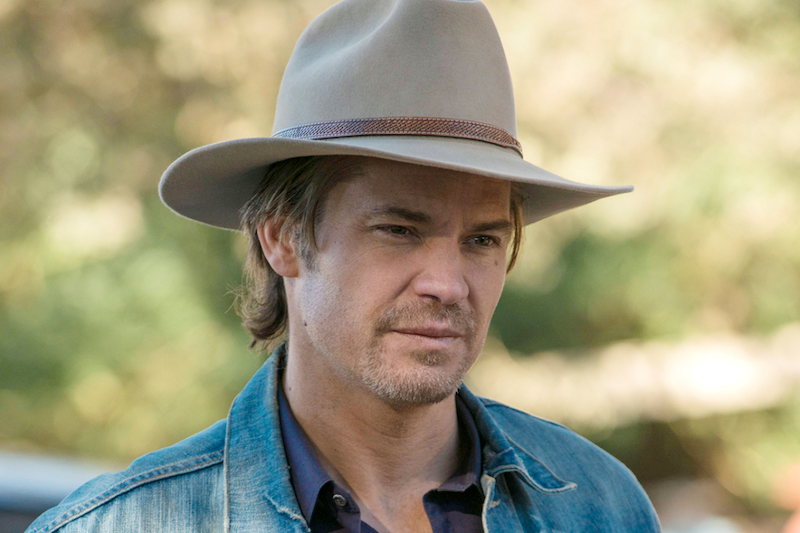 Still, some of these loner themes are carried forward into Justified where the Raylan Givens character is a man somewhat out of sync with modern policing methods, too quick on the draw to dispense justice. Sure, he warns the bad guys not to pull on him, but they do and he does and that’s it. For all he’s engaged in the world as a U.S. marshal, he’s fundamentally outside it.  The message seems to be that the world still needs men of violence to mete out justice.

Perhaps no greater movie exists than The Man Who Shot Liberty Valance to show that community is pushing up against the wild west sometimes with violent results. A newspaper man, portrayed by Jimmy Stewart, runs afoul of the psychopathic gunslinger Liberty Valance and has a showdown with him. He kills the gunslinger – or so he thinks.

Many, many films and TV shows pit these two dynamics against each other to great effect.  Tombstone shows this clearly as Wyatt Earp who has put aside his guns and is trying to become a businessman is dragged back to his violent ways at the O.K. Corral. Gran Torino reduces the community to a front porch but carries through with all the strong, conceptual themes.

Big ranches, civil war, homesteading, sheriffs and outlaws – all these dynamics play out in westerns but family is at the core of all these stories. Modern versions are abundant, but the Ewings in Dallas and The Sopranos show the impact that lifestyles have on family. Western themes of betrayal, greed, etc. play out over the day-to-day lives of various family members.

Game of Thrones, inspired by the actual War of the Roses, shows that writers borrowed from history and played it forward through the western heyday and beyond. No family is more dysfunctional, violent, or powerful than the Lannisters. For eight seasons we were captivated by this show and its wild west themes made especially poignant or horrible because it was family. The Miller gang in High Noon could have been a part of that medieval family without pause.

The rough and tumble nature of the western always seemed suited to rough-hewn men who spit t’backy and smoke cheroots. But then someone noticed that gender shouldn’t and doesn’t really matter. Women can spit and shoot guns just as well as any man, maybe better.

Instead of relegating women to the school teacher or prostitute stereotypes, movies like Jane Got A Gun, and Cat Ballou gave the spittin’ and a shootin’ and a fightin’ to a woman archetype. 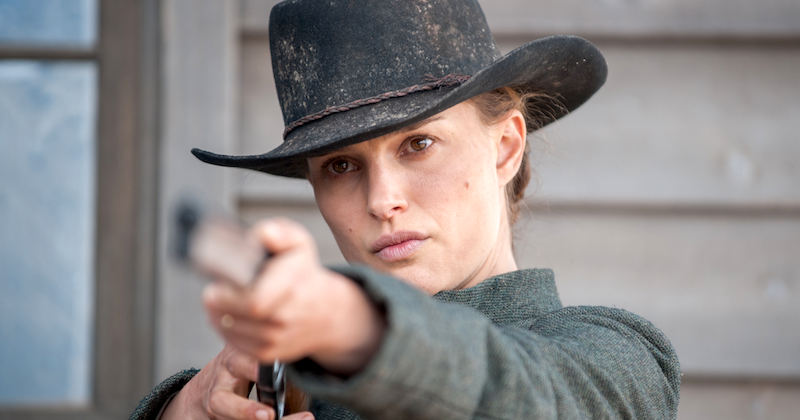 Jane Hammond (Natalie Portman) in Jane Got A Gun

In 1883, Faith Hill’s marvelous turn as a tough frontier woman elevates the genre in wonderful ways. Hailee Steinfeld isn’t a helpless waif but a driven and capable co-lead in True Grit. Gang of Roses with Monica Calhoun, Li’l Kim and Stacey Dash tears up the screen as the women in this western who refuse to settle into standard roles. Godless is a town populated entirely by women. And they pack plenty of heat to maintain the peace.

Even the amazing Deadwood that did have women in fairly standard roles also featured Calamity Jane as a gun totin’, hard driving character who broached no nonsense from anyone.  The Trixie Star character (Paula Malcomson) was a prostitute at Swearigan’s Gem Saloon but she could be mean as rattler. If you messed with her you were most likely to get a pistol in your face. This is grand way of turning a stereotype into an archetype – don’t limit the character to type.

Before and After The Western

This article barely scratches the surface of all the permutations of the western. Hardly mentioned, for example, is the Euro-western/spaghetti westerns like Sergio Leone’s contributions and those Asian-based westerns like Tears of the Black Tiger.

So the question remains: is there a western movie/TV renaissance in the offing? If Taylor Sheridan has anything to say about it, it seems so. Whether it will last and become the new standard for movies and TV, remains to be seen.

But there is no doubt that something is in the air that smells suspiciously like gun smoke, saddle leather, and campfires on the open range.