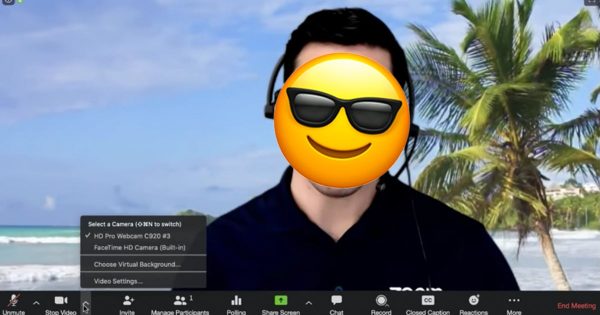 The Rise Of The Zoom Room. Will TV Writers’ Rooms Survive?

The pandemic has thrown the film and television industries for a loop; an all other industries for that matter. We are all united in our quest to carry on writing television in the age of social distancing. Many showrunners have chosen to go virtual to keep their TV writers’ rooms operating. As they say in the entertainment business, the TV show must go on.

The closest thing writers had to virtual meetings in the pre-pandemic world were video conference calls – typically executives from the east coast talking with creatives on the west coast or some other media center combination. They were relatively short-lived calls – perhaps they ran for an hour or so, but they wouldn’t run all day and certainly not all week.

Like many companies, Congress, and even the Supreme Court (who allegedly took the lead from TV writers’ rooms), Zoom is frequently the technological meeting tool of choice – especially with its newly-enhanced security features and encryption to prevent unauthorized visitors – aka hackers. This translates as less vulnerable to attack.

The days of a group of TV writers in a room for eight hours a day (or longer) spitballing story ideas for TV shows seem to be on long-term hiatus. We are physically separated, but more spiritually bound by everyone experiencing the pandemic at the same time. We are all united by a common experience, whether it be ‘The Big One’ or a ‘not so little’ flu pandemic. We’ve all had to adapt, and in fact, thrive.

The same is true for TV writers’ rooms which are increasingly being held on Zoom. Previously little-used terms like “Mute/unmute yourself”, “Turn your video on” and “You’re breaking up” are becoming part of the new normal. What are the new protocols? What is the preferred etiquette? Do you put your question in the chat box or politely raise your virtual hand? Please remember to turn off the television in the other room. We can hear it in the background. Speaking of backgrounds, you can select an exotic location or show off your new kitchen – very rustic!

“This is the view from my office.”

Being in a TV writers’ room is like being in a band. Everyone is instrumental in creating a unified sound. That is still the same.

However, many writers’ have had to adjust to breaking story on Zoom. Think of it as moving into a new neighborhood and taking time to settle in. Teething problems if you will.

THE GOOD. THE BAD. THE DIFFERENT.

Many TV writers have had to adjust to the harsh reality of working from home. There’s something unnerving about an ultra-shortened commute time from an hour to a minute. In Los Angeles! Routines and workflows are upset. It’s the difference between talking to your family and friends via video chat and seeing them in person. We’re (even screenwriters) social creatures and don’t repond well to extended periods of isolation.

There is something ordered and reassuring about getting showered and dressed to go to the office on a studio lot to break story with your fellow TV writers. Now the physical distinction is blurred, even if you have a home office. There are no hard boundaries between home and work life anymore. Your kids, roommate, partner are physically separated from you when you’re at work. You might even become a teacher overnight as home schooling catches on.

The group dynamics of a virtual room are different than an in-person room. It’s comparable to the difference in energy between going to a live concert and watching it on a screen with surround sound. Physicality matters. The jocular, tactile camaraderie of live TV writers’ rooms will be different. A virtual high five or back slap doesn’t quite cut it in the same way.

Zoom meeting hosts can’t control the volume of the participants. The host has the ability to mute (and fortunately unmute) participants. How do you whisper in your neighbor’s ear or talk over each other as the germ of a story beat becomes the arc for the rest of the season?

The bonding ritual of snacks and smart water will change. Many story problems were solved through handfuls of raw almonds and Gatorade in the past. You can’t even bring in a cake on your birthday anymore. There is one showrunner we’re aware of who orders and delivers lunch to her writing staff via Postmates, (delivered within a six-hour window). Sure, your pastrami on rye sandwich tastes great (what’s the secret herb in the house mustard?), but it’s not the same. Meal times have been a focal point for communities since the dawn of humanity. Fortunes have been made, wars have been won, friendships formed by breaking bread.

Security issues are also a concern although the main service providers have made great strides to prevent hackers and other prying eyes and ears enter the room, even with more upgrades than OSX.

Most TV writers’ rooms sessions are recorded. What happens to the writers’ assistant who once took notes? Are they now a transcriber or do they have an app for that now? What happens if the Game Of Thrones spinoff sessions fall into the wrong hands and sold on eBay? How much would the producers pay to get them back? Who leaked the recordings in the first place?

Zoom rooms are better for introverts and newbies because they are less self-conscious than being in-person. They are less likely to feel they have to say something for the sake of it. They can always claim they were muted the whole time.

Don’t forget to upgrade to the paid version or you’ll get disconnected at the most inconvenient time.