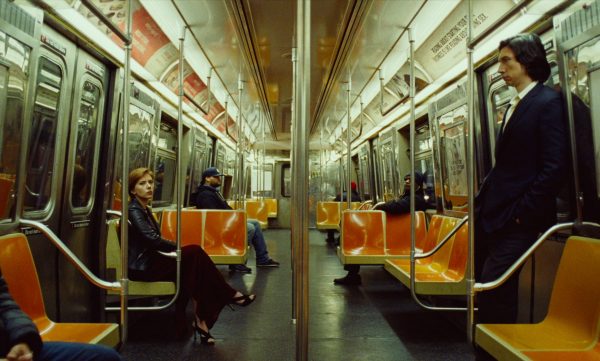 The Subject Of Divorce And How It Plays On Screen

Divorce is an ugly word. Don’t believe anyone who tells you that such break-ups are amicable and amenable. Even if the parties agree that the relationship must end, there are always hard feelings, resentments, and difficult reckonings. Divorce does, however, almost always make for gripping and endlessly fascinating drama onscreen. Stories of divorce have made for many of the most compelling films over the past 90 years and some have even helped define a decade.

Filmmaker Noah Baumbach’s Marriage Story, the Netflix production that’s currently playing in cinemas, is getting rave reviews and is already being hailed as one of the best portraits of the subject ever put onscreen. It also has likely set the high bar for the presentation of the subject in the Millennial generation. Will it help define this decade? Quite likely.

In the 1930s, when divorce was still novel and only 1.3 percent of married couples divorced in the United States, Hollywood regarded the subject as a fairly breezy one, creating mostly comedic offerings for the public. Sure, in 1930, Norma Shearer won an Oscar for Best Actress for her serious role in The Divorcee, but most of that decade’s output made hay of the idea of ‘conscious uncoupling.’ In films like The Gay Divorcee (1934) and The Women (1939), audiences laughed at characters willy-nilly about as they dealt with divorce. The sillier tone of some of such offerings served as a likely counter to the seriousness of the actual issue, not unlike those rom-com’s about the Manhattan elite starring Astaire and Rogers were served up as escapist fare from the Great Depression. Adultery, break-ups, and legal battles – hardly fodder for humor – but Hollywood found a way to make much of it seem like silly fun.

World War II and the burgeoning middle class that was created afterward influenced a lot of Hollywood’s output during the next 15 years, with a concentration on family entertainment dominating both film and TV. However, by the end of the 50s, the sexual revolution, youthful revolt, and women’s increasing opportunities outside of the home helped suggest new topics in society for the industry to explore. Divorce rates rose too, and more and more entertainment reflected such norms.

Divorce almost became an epidemic. From 1960 to 1980, the divorce rate more than doubled in America, from 9.2 divorces per 1,000 married couples to 22.6 divorces. Surprisingly, despite the seriousness of marital disintegration across the nation, the movie industry tended to treat divorce as fodder for lighter fare in the early part of the 1960s. Perhaps it was a counter again, or maybe this time, it reflected cynicism as such institutions started to crumble.

Italy’s Divorce Italian Style was a landmark film in 1961 in its illustration of divorce as it showcased a morally weak and loathsome male lead in Fefe (Marcello Mastroianni) conniving to leave his wife for his 16-year-old cousin. In order to get around the Catholic Church’s strict rules about divorce, Fefe schemes to liberate himself from his wife by manipulating her into an affair and then kill her to avenge his honor. It was shocking for sure but entirely reflective of the world’s shifting attitudes towards matrimony.

Hollywood started to turn the concept of infidelity and divorce into more and more fodder for searing, social satire. With the liberation of women, they became men’s equals, now making for worthy combatants or opponents in the arena of love. Men were now often portrayed as womanizers and cheats in narratives, even comical antiheroes at times. Walter Matthau and George Segal played cheating hubbies who were the protagonists in their films, and Hollywood asked us to laugh. Why, in 1965, Jack Lemmon played the lead in a film entitled How to Murder Your Wife. Believe it or not, it was a sex comedy.

Scenes from a Marriage

But then, Ingmar Bergman took a much more serious look at the dissolution of marriage via divorce in his landmark 1973 Swedish TV miniseries Scenes from a Marriage. In that six-part, 282-minute series, Liv Ullman and Erland Josephson played an affluent couple struggling to stay civil towards each other after 10 years of marriage and battles over infidelity, lifestyle, property, and sex. The series caused such a sensation, Bergman trimmed it down to a 168-minute film and it won awards the world over. It also opened the door for such stories to be told with far more realism, warts and all.

From there, films started tackling the subject of divorce more explicitly than ever before. The 1978 dramedy An Unmarried Woman showcased Jill Clayburgh as a Manhattan housewife struggling to start over after divorcing her cheating husband (Michael Murphy). Her travails, including taking on a new lover, made for franker storytelling than most of the nation had ever seen with a female protagonist. Such roles were reversed in 1979 when Burt Reynolds played a man struggling to make a new life for himself after his wife leaves him in Starting Over. It was startling to see such a macho box office star play such a vulnerable everyman, but in doing so, Reynolds received some of the very best reviews of his career.

Most famously, in that same year of ’79, Kramer vs. Kramer caused a sensation at the cineplexes and went on to win the Best Picture Oscar by showcasing a devastating divorce. The story concerned a workaholic ad exec Ted Kramer (Dustin Hoffman) forced to assess his sins and become a better man after his frustrated and ignore wife Joanna (Meryl Streep) walks out on him.

Robert Benton’s story focused mostly on the relationship Ted builds with his 5-year-old son Billy (Justin Henry), becoming a devoted parent over the year of Joanna’s absence, yet she returns for a harrowing third act. There, the story becomes a ruthless legal drama that dealt head-on with ugly fallout from such a separation.

The film also touched upon prevailing social issues of the day as their breakup also dealt with the nuances of women’s rights, parents’ rights, work-life balance, and gender roles. It opened the door for tougher examinations of the family in mainstream productions and helped other films about contemporary households earn Best Picture Oscars like Ordinary People (1980) and Terms of Endearment (1983).

By the 80s, the subject of divorce led to both the ridiculous and the sublime. Soap operas turned the idea of divorce into something so prevalent that it became a genre joke there, with characters like Erica Kane on All My Children ending up marrying and divorcing six times in two decades. Granted, divorce statistics helped drive such drama, as one out of every two marriages ended in divorce during that decade, but it still rendered may silly takes on the subject onscreen.

Movies in the 80s films tended to veer in the opposite direction, often turning divorce into something utterly shocking. In Shoot the Moon (1982), George (Albert Finney) and Faith (Diane Keaton) played a couple so dysfunctional that observing their antics often felt like watching a horror movie. Their psychological torment of each other led to hectoring, violence, and even rage sex. It was ugly, vicious, and at times, unwatchable, but the human truths uncovered remained relatable. Indeed, Bo Goldman based his screenplay on his own experiences with divorce.

Throughout the rest of the decade, and heading into the 90s, the subject of divorce became all the more prevalent on the big and small screen. It was in virtually every character’s backstory in the glut of nighttime soaps that dominated the era. And in comedies like Who’s the Boss, divorced lead Judith Light continued her battle of the sexes with her macho male housekeeper (Tony Danza) for the rule of their roost. Their daily skirmishes felt almost like court battles at the time, taking on topical issues like child-rearing and parental responsibilities. Move over, Ted Kramer.

Even the 90s films billed as comedies about divorce, carried a great deal of seriousness. The heavy themes present in 1992’s Husbands and Wives, 1994’s Three Colors: White, and even 1993’s Mrs. Doubtfire made them seem more like dramedies. The First Wives Club was a huge hit in 1996, but there was so much pain in all the jokes, the film became anthemic for divorced women everywhere. Philandering, divorce, younger wives…such terms became wholly negative. They may have grown to be more and more common, but they became increasingly repugnant.

Today, as 42% of our population will experience divorce, simple truths are realized: divorce is a subject that isn’t very funny and it creates a lot of collateral damage. There are few gay divorcees now, or men stretching their muscles to play the field anew. Divorce devastates, emotionally, financially, breaking up families, friendships, and businesses. No child of divorce comes out unscathed, no ego survives fully intact. Those writing divorce stories today know that there may be supreme moments of humor in it, but far more of the drama will be found around the often harrowing heartbreak.

That’s what Baumbach gets so right in Marriage Story. It’s not as ugly as Shoot the Moon, yet its two main characters of Charlie and Nicole (Adam Driver and Scarlett Johansson) are still put through the wringer all the way through it. Granted, they come out at the end better for their breakup, but getting there was traumatic and even terrifying.

The story Baumbach wrote and directed is a universal one, recognizable to anyone who’s been married, divorced, or in a serious relationship. After war and death, there are few subjects with as much inherent drama as divorce. And for those who’ve been through one, it can often feel just like that. Baumbach gets that feeling right, and it’s why his divorce story is so potent a reflection of our times. Scary, but true.