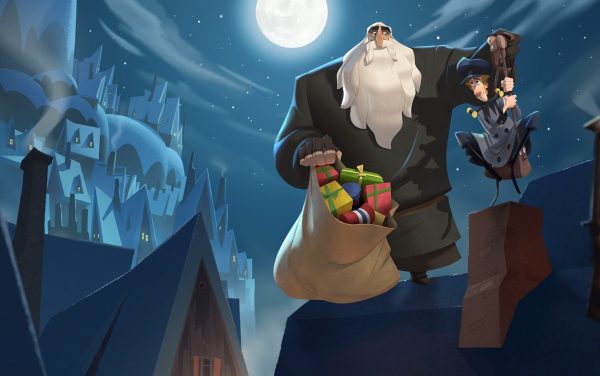 The Taste of the Academy’s Animation Branch is Broadening

A funny thing happened on the way to the Oscar nominations for Best Animated Feature this year. The Academy decided not to nominate the all-time biggest moneymaker in animation history. That’s right, Frozen II did not make the final five. Did that snub reflect jealousy on the part of the animation branch of voters, or is it suggesting that more unique fare rang the bell better for them? No matter, it indicates how animation is continuing to broaden its scope beyond traditional fare, even when it comes to the mainstream Academy Awards.

Granted, the Academy still nominated features that appeal to a wide, family-friendly audience with Toy Story 4, Missing Link, and How to Train Your Dragon: The Lost World, but in nominating Klaus and I Lost My Body they shook things up substantially. Both of the latter entries have an adult skew, particularly I Lost My Body. They are sophisticated works that traffic in major adult themes throughout and could never be qualified as “for the kids.”

I Lost My Body

Additionally, both of those films represent a shift in Academy voting towards the embrace of non-studio entries too. Klaus and I Lost My Body are Netflix releases, and this year Oscar voters embraced the streaming platform like never before. Netflix’s Roma did well last year at the ceremony, but this year Netflix not only has two animated entries at play, but three live-action features with multiple nominations: The Irishman, Marriage Story, and The Two Popes.

I Lost My Body may not come with an R rating, but its macabre subject material is far from a G-rating. The story of a severed hand that escapes the lab it’s being held in to begin its journey back to its body has more in common with horror than Disney. Nonetheless, the French film, directed by Jeremy Clapin, who wrote it with Guillaume Laurent, manages to be almost as moving and soulful as the likes of past Oscar winners Wall-E, Coco, or Inside Out.

I Lost My Body

The hand, which looks like the version of Thing from 1991’s live-action The Addams Family, goes through a harrowing obstacle course on its journey home. Fending off inclement weather, raging traffic, rats, and a ravenous pigeon, the hand acts anthropomorphically, a familiar trope found in most cartoons. Still, this hand is no cuddly animal character, but a severed limb fighting violent battles to survive as it seeks out its past. Meanwhile, the story of Naofel, the hand’s owner, is told in a parallel one as flashbacks show just how he came to part with his appendage.

It’s an incredible narrative of dual self-discovery, portraying Naoufel’s life as a near-tragedy. Coming from an unloving family and struggling to make ends meet in the everyday world, I Lost My Body has the type of narrative you’d expect in a searing, family drama. Yet this is a cartoon, albeit a disturbing one. That’s evident in its look too, as the drawing style resembles an independent comic book more than anything from the world of Disney or Pixar. Every other aspect of I Lost My Body feels just as edgy, from its tense score to its cocked angles to the adult romance filling the B story.

Klaus, on the other hand, treads on familiar terrain, that being the world of Santa Claus, albeit presented in a very different, and also terrifying, way. This Spanish production, dubbed in English, is directed by Sergio Pablo, with a script he wrote with Jim Mahoney and Zach Lewis. They tell an origin story of the toymaker Klaus told through the eyes of his unlikely friend – an entitled son of a local postmaster. It all takes place in a far northern country that looks like a cross between Norway and ye olde England of Charles Dickens. That may sound almost quaint, but the story is definitely not.

What’s onscreen here could almost be an animated Succession. There are warring factions of wealthy families, economic disparity, and even Klaus himself is treated as more of a monster than Father Christmas. The character design is more caricatured than cartooned, again feeling like the twisted creations that fill the pages of Dickens.

The dialogue tends to sting, not afraid to toss around subjects like severed heads, butt jokes, and bragging about the carnage during various battles that took place during the fictional nation’s history. Rudolph may have dealt with discrimination amongst his fellow reindeer, but this is the snarkiest Christmas story since 2003’s R-rated Love, Actually.

Some adult-skewed features have made Oscar’s animated list in the past, including The Triplets of Belleville (2003) Persepolis (2007), and Loving Vincent (2017). Usually, the Academy makes room for one outlier a year, but with two on the list this season, it’s significant. Equally telling are the animated shorts for 2020, easily the most provocative batch ever. The topics driving the stories include Alzheimer’s disease (Memorable), death (Daughter), dogfighting (Kitbull), cancer (Hair Love), and abortion (Sister). The live-action shorts are always political to some degree, but it’s unheard of for all the animated ones in a given year to be so. What a change!

Indeed, the mainstream Academy is evolving in many ways like never before. And when it comes to cartoons, they’re finally catching up with the more brazen animated shows that have been popular on TV for some 20 plus years now. I Lost My Body or Klaus may be considered longshots for the actual win this year, but their inclusion in the lineup is more than encouraging.

By the way, Klaus did just sweep the Annie Awards. Will Oscar be as animatedly enthusiastic? We shall see this Sunday.