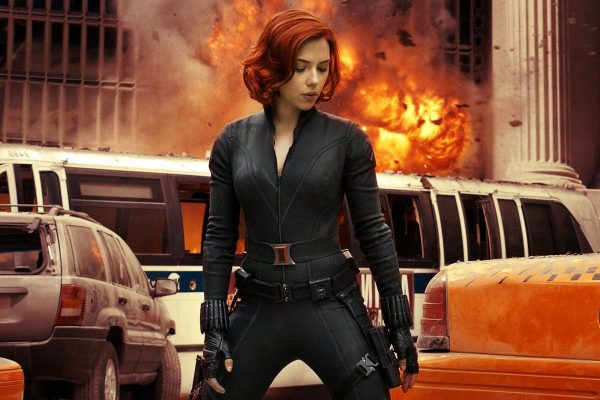 The Zenith of the Ass-Kicking Female Action Hero

At the Oscars this year, Brie Larson, Gal Gadot, and Sigourney Weaver presented the music awards while trumpeting the powerful women they played in, respectively, Captain Marvel, Wonder Woman, and Alien. Weaver even cracked about how they were going to go out and start their own ‘fight club’ after the show. Indeed, female action heroes are finally getting their due on the big and small screens, only it’s a fight club that everyone is talking about.

For decades, such characters were few and far in between. La Femme Nikita and Xena: Warrior Princess made quite a splash in the 90s, but it wasn’t until later that decade, and into the millennium, that female characters really started assuming the lead in numerous action franchises. Chief among them on TV was Sarah Michelle Gellar, staking a lot of monsters as Buffy the Vampire Slayer, and Jennifer Garner, running and gunning as undercover agent Sydney Bristow in Alias. In the last decade, however, the ass-kicking archetype has truly reached a zenith on every screen. The Girl with the Dragon Tattoo, Orphan Black, Veronica Mars, Supergirl, Blindspot, Red Sparrow, Jessica Jones, Mad Max: Fury Road, The Avengers, Game of Thrones, and The Walking Dead are just some of the titles with female action heroes assuming center stage, with many, many more due in the coming years. (Scarlett Johansson’s long-awaited vehicle Black Widow, due in May 2020, is chief among them.)

Margot Robbie in Birds of Prey

With the Harley Quinn character from the recent Suicide Squad and Birds of Prey, the archetype turned into a vivid antihero as well. Harley was not just a bad girl, but a criminal, and psychopathic murderer. The giggling, vicious character helped Suicide Squad become a worldwide hit and saw Margot Robbie ascend to stardom after playing her. Granted, the character was far darker and more malevolent than the original comic relief creation by Paul Dini and Bruce Timm for Batman: The Animated Series in 1992, but Harley seemed to trumpet the female action hero becoming something closer to the Tony Soprano’s and Dexter Morgan’s of the world.

And yet, Birds of Prey, despite a solid reception, underperformed at the box office. It made $33 million and took top spot the weekend it opened, but even cautious prognosticators thought it would hit $45 million. Globally, it hit some snags too with a total haul of only $81 million for its opening week. According to Variety magazine, the R rating might have been prohibitive, robbing the film of a younger audience of pre-teen boys and girls that most of Marvel’s PG-13 rated fare lures in. The R rating begs a larger question too – – have some of these action films become too violent, and do some still regard it too unsavory for women characters like Harley and her brood to maim and slaughter, even kill, with their wall-to-wall fighting?

The R rating didn’t stop Joker from becoming a monster hit, but that film wasn’t trying to be fun fare either. DC, in its attempts to differentiate itself from the sunnier world of Marvel comic book adaptations, may have miscalculated in making such a silly film as Birds of Prey into such a never-ending battleground of crotch-kicking, back-breaking, and blood spurting. It was a black comedy, but it may have been simply too dark and relentless in its violence. The antihero lead may have been difficult to cheer for as well.

The film’s name itself may have caused some confusion to some as well. Birds of Prey is a franchise known far and wide with the DC Comics reading audience, but it sounds like a wholly new property to those who could have easily been primed for a Harley sequel. DC, in an attempt to reintroduce the property to audiences, has now changed the title to Harley Quinn and the Birds of Prey for the rest of its box office run.

Another factor may be that ass-kicking has reached a saturation point in the movies, for both male and female action franchises. Sylvester Stallone’s Rambo: Last Blood barely caused a whisper in 2019 and Arnold Schwarzenegger’s vaulted return to The Terminator franchise with Terminator: Dark Fate didn’t help that film become a box office blockbuster last year either. Maybe word-of-mouth doomed that film’s chances too with the revelation that Arnie’s character didn’t take center stage until the second hour, with Linda Hamilton’s Sarah Connor dominating most of the first.

I’d argue that all of those were factors in the failure of Birds of Prey as well as one other key contributor that has reared its ugly head many times now and turned into one of the distinct downsides in any modern action film. It’s the trope of fight scenes that go nowhere with neither villain nor hero being vanquished. Harley gets her ass kicked repeatedly in Birds of Prey but walks away from each with barely a scratch. The Terminator characters are built to take a licking and keep on ticking, so there’s little at stake in those battles. And it’s even created some distractors for the Marvel Cinematic Universe as superheroes can’t be killed on principle, let alone due to their necessity to stick around for sequels. Even villains, like Loki from the Thor franchise, are rendered so omnipotently, they can be killed repeatedly and keep coming back again and again.

Daisy Ridley in Star Wars: The Rise of Skywalker

Granted, Harley and her female friends dispatch dozens of baddies in Birds of Prey, but they themselves all survive after taking countless punches, kicks, and even some bullets. All that fighting in the film also didn’t stave off additional skirmishes in the narrative, no lives that mattered were lost, and at the end of the day, it all played as a lot of cartoonish silliness. Perhaps the film would’ve been better as a chase film rather than one with ass-kicking set-piece after set-piece. Such excessive violence and fighting that goes nowhere has become an overdone trope, and in action films and television series of the last decade, that trope has turned into a hoary cliché.

For filmmakers, be they writers, directors, producers, or actors, it might be time to start looking for other ways to generate conflict in the movies. At the very least, stakes need to be raised, and invincibility lowered in the main characters, superheroes or not. Women fronting action franchises, directing them, or writing them – that’s all great – but rather than imitate the countless others that have gone before, perhaps it offers an opportunity for women to do better, think outside the norms, and scatter some of the clichés now that they’ve shattered so many glass ceilings. Wouldn’t Star Wars: The Rise of Skywalker have been more interesting if it ended with Rey prevailing over her enemies with her heart and head rather than her hands clenched around yet another lightsaber? Is a fight club really something for women to aspire to? Don’t heroes, antiheroes, or characters in stories deserve something more unique? I know audiences do.