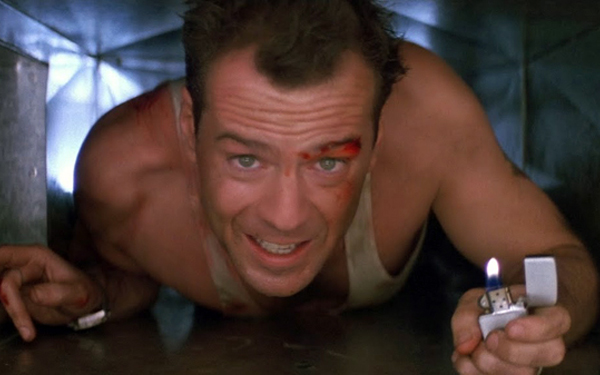 “There is no such thing as an action movie.” Steven E. de Souza on Screenwriting

It’s impossible to imagine Hollywood without a barrage of summer blockbusters, but in 1985 the action genre was defined when a bodybuilder-cum-actor starred in an explosion friendly flick titled Commando. Behind the creative death scenes and heavily accented one-liners, was the work of screenwriter Steven E. de Souza –who had already established himself three years prior with the Nick Nolte and Eddie Murphy vehicle 48 Hrs. Souza continued to contribute to the golden age of action films by penning The Running Man and Die Hard (among others) as well as working in TV and comics. Creative Screenwriting was fortunate enough to obtain an interview with Steven.

Why did screenwriting first appeal to you?

I was part of that generation of kids running around with Super 8 movie cameras. When you’re thinking about what you’re going to do when you grow up, the movies were sort of magical and gigantic. There’s a certain kind of size and magnetic attraction to movies.

While in college at Penn State, you studied under the famous science fiction author William Tenn. How did he influence you?

He reminded me how legitimate science fiction was and was one of the reasons I first wrote a science fiction spec script. At that time [in the ‘60s], science fiction was generally a B movie kind of a thing. Another thing he brought up was revisions. And how to be a tough critic on yourself or how to not overthink your first draft. If there is a failing a lot of writers have, it’s that they can’t be a tough critic on themselves and can’t edit themselves. When I’m writing a screenplay, I won’t read a single page until I have around 100 pages. When I finally start reading my script, the stuff I’m looking at I wrote three weeks ago and I’m not in love with it anymore. I then realize: ‘This part is boring. I don’t need this! This is redundant. When does this movie start? This whole first scene is useless!’ It’s a lot easier to take out the red pencil when you’re not emotionally invested in something you wrote an hour ago.

Do you have any advice for screenwriter’s block?

If you’re writing the kind of pictures I do, and you find that you’re stuck, it may be because you’re spending too much time in the head of your hero. If you’re doing that, it’s because you may have the mistaken impression that the hero of your story is the protagonist. If you’re doing genre, the protagonist is the villain. Who’s the protagonist of Die Hard? It’s Hans Gruber who plans the robbery. If he had not planned the robbery and put it together, Bruce Willis would have just gone to the party and reconciled or not with his wife. You should sometimes think about looking at your movie through the point of view of the villain who is really driving the narrative.”

Do all your screenplays have a single theme?

I don’t know if that is necessarily true. A student at AFI once did his thesis on me. He said I do ‘misdirected expectations’ which means I deliberately lead the audience to think something was going to happen and then do it differently or do something else. When I thought about it, I said, ‘Yes, I do do that.’ I would also say I have anti-authoritarian heroes and never really did the vigilante-take-the-law-into-your-own-hands kind of thing.

In your opinion, what does a screenplay need in order to be an action thriller?

I would argue that the genre of an action movie is a completely false creature. There is no such thing as an action movie. All movies have action. ‘Action movie’ is a term that was invented in the ‘80s. I think Commando may have been the first one in 1985. They noticed for the first time that a handful of American movies were making more money overseas than in America. This had never happened before. Commando made 60% of its money overseas and 40% in the US. Action speaks louder than words. You don’t need to read the subtitles to know it was a bad idea to kidnap Arnold Schwarzenegger’s little girl. I disagree with the idea that there is such thing as an action movie, but we are stuck with that term now.

How has the genre changed over the years?

Because action movies were the bulletproof movies that could travel overseas, it became a habit starting in the ’90s to call everything an action movie whether it was or not. It’s a safe category that you can say to your movie studio boss, ‘Yes we’re making all action movies.’

You’ve adapted novels into screenplays several times. How do you decide on what to keep, what to cut, and what to add?

What you leave out is often just as important as what you put in. I always highlight in the book what is easy to go into the movie. Dialogue is really good or very important descriptions of unique locations. The stuff that can’t possibly get in the movie are the internal thoughts of people. A good example is Die Hard. The entire book is a third person point of view narrative of John McClane in the building so you don’t know anything except what he sees or hears. So every scene in the movie where Bruce Willis is not there, was not in the book.

Did you write the infamous “Yippee ki yay, motherfucker!” line in Die Hard?

Bruce and I grew up watching the same TV shows. Roy Rogers used to say ‘Yippee ki yah, kids.’ So it had to become ‘Yippee ki yah, motherfucker’ in the movie. That line was from me.

Did you have any idea that it would become a pop culture catchphrase?

Whenever you think you’re writing a line that’s going to catch on, it never does. A lot of people, cough, Sylvester Stallone, cough, think they can invent them. The line you think is going to catch on never catches on and the audience decides what is the takeaway line.

You will soon be judging ScreenCraft’s Action & Thriller Screenplay Contest. What clichés do you expect to see in the submissions, and what will you be looking for to decide on a winner?

I will be looking for things that are page-turners rather than saying ‘When will this nightmare end?’ I want to have a sense of where you are going. If you don’t have my interest by page 10 or the low teens you should start getting nervous. Make sure your characters don’t all sound alike. There can be one character that sounds like you, but they all can’t sound like you. Another common mistake a lot of people make is they type things that can’t be photographed. That’s the hardest thing for people to learn how to do. If it can’t be photographed, it shouldn’t be in there. And don’t get too carried away with camera directions. Oh, and no comic sans.

Finally, what books do you recommend for emerging screenwriters?

The Technique of Screenplay Writing, by Eugene Vale.  A classic, seminal work….absolutely the best book on script construction (screenwriting resembling architecture more so than prose, construction is everything:  Movies used to be silent, after all.) The section on “analysis” is a handy checklist of the most frequent mistakes screenwriters make…. all 142 of them.

The Art of Dramatic Writing, by Egri Lajos. Recommend to me my first day of work on The Six Million Dollar Man by the great Harve Bennett.  The perfect complement to the above, this book focus on the psychology of characters and how to reveal it via dialogue.

Playwriting: The Structure of Action – Revised and Expanded Edition, by Sam Smiley and Norman Bert – great big picture overview of the process of writing, and he breaks down plays and movies today’s audience already knows to show what make them  tick.

The Way Hollywood Tells it, by David Bordwell. Not a screenwriting guide per se, this is nothing short of brilliant and deals with the underlying, subconscious grammar of filmmaking, how it has changed over the decades and how it hasn’t.  Bordwell’s theory that Goldfinger marks an important turn in film making, and why, is provocative — and right! 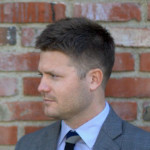 Dan is a writer with a passion for music and movies. He writes for Nylon, Free Bike Valet, Creative Screenwriting and ScreenCraft.