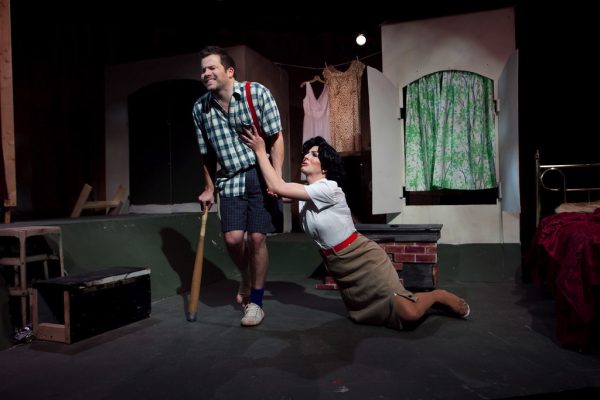 There Is Nothing Wrong With Melodrama

A play or style of acting in which the characters behave and show emotion in a more noticeable way than real people usually do. – Cambridge English Dictionary.

Teaching screenwriting, as I do, provides an ongoing wonderful lesson in subjectivity. Ask screenwriters where the inciting incident occurs in a screenplay, and a lively debate begins that includes five different theories. Ditto any discussion on where the midpoint is. Art is fluid and open to interpretation, and storytelling is no exception. So it is with melodrama; a word which cannot seem to outrun a pejorative meaning. If your script “descends” into “melodrama,” then you have missed out on capturing something authentic and crossed over into written histrionics.

When it comes to screen storytelling, it may be time to cultivate a new understanding: that motion pictures are actually a darn fine fit for melodrama. The reason we go to movies or binge watch TV is, indeed, to allow ourselves to feel; to experience an onrush of emotions depicted by people behaving, as the Cambridge English Dictionary says, “In a more noticeable way than real people usually do.”

How far back do you want to go? 1931. Is the entire premise behind the miraculous eyesight-restoring surgery in Charlie Chaplin’s City Lights (co-written with Harry Crocker) ridiculous? Yes. Is the moment when the newly–sighted heroine recognizes the Little Tramp as her benefactor still impossibly heart-wrenching today? Yes, again. 1920. Lilian Gish on an ice floe in D.W. Griffith’s Way Down East (screenplay by Lottie Blair Parker from the play by William A. Brady) is as bigger-than-life as they come—and never fails to elicit awe.

Let’s jump ahead a few years. If you wept into your 3-D glasses during the first ten minutes of Up (screenplay by Pete Docter, Tom McCarthy, and Bob Peterson), you allowed yourself to be carried along by melodrama. If you felt transported into a world of heightened experience as a sea creature embraced a woman in a watery fantasy world during The Shape of Water (screenplay by Guillermo del Toro and Vanessa Taylor) you happily succumbed to melodrama.

If you were swept up in the profound human feeling enhanced by a masterful use of musical score in either Moonlight (screenplay by Barry Jenkins and Tarell Alvin McCraney) or If Beale Street Could Talk (screenplay by Barry Jenkins, based on the book by James Baldwin), you felt the pull of melodrama in the midst of powerful, beautifully crafted drama.

Be assured, none of these examples are meant to cast melodrama in a negative light. To the contrary. They serve to show us how rich a connotation the word can have when massaged by the right creative visionary. A heightened reality if you will. To expand upon the point, these writ-large notions are what movies were made to deliver. Anytime you want to refer to that Cambridge English Dictionary definition, just scroll up. It pretty much describes our relationship to screen entertainment.

The way into finding out why “melodrama” may be such a dismissive term might be found in the works of less imaginative storytellers and filmmakers who haven’t the vision to use anything but tropes to convey their characters’ emotions. As such, the overused outburst of “noooooooo!” has become a source of comedy precisely because it so unabashedly gives in to the melodramatic impulse and has no thematic or dramatic oomph behind it.

Have a character that feels vulnerable? Have them utter the line, “Please…just hold me,” and you have added to the reasons why critics can so easily write you off as a melodramatic hack. So, we find that, as with every other hotly contested aspect of artistic creation, a technique done poorly cannot hope to transcend any stigma attached to it, whereas a technique done well only enlivens our engagement with it.

The ancient Greeks knew what melodrama was and embraced it. As author Misha Donat points out in a 2005 edition of The Guardian, back in the day melodrama referred to “…its literal Greek meaning, as a combination of music and acting. Although it tended to be used for depicting heightened emotion – with highly wrought heroines abandoned by a husband or lover, such as Medea…” So there you go. What we now accept as the greatest works of drama in history featured such subjects as a woman who kills her own children rather than be snubbed by her man. Add to that Oedipus the King, the fellow who murdered his father and had relations with his mother. Euripides and Sophocles, respectively, worked with some of the most over-the-top emotions we are likely ever to find.

Widely considered the first contemporary melodrama was Jean-Jacques Rousseau’s Pygmalion, first performed in France in 1762. Here, Rousseau was again working with music as a carrier of the heightened human experience—the words spoken in his play, inspired by the ancient Roman poet Ovid’s tale of a sculptor who falls in love with his statue, were quite deliberately set-up by the music, cueing an audience into greater levels of heartfelt involvement.

In the world of cinema, it is director Douglas Sirk, his most well-known projects produced largely in the 1950s, who remains a kind of standard bearer of film melodrama. His work, commonly credited with being an influence on modern filmmakers Todd Haynes and Pedro Almodóvar, dives headfirst into sweeping sagas involving the intensity of interracial relations (Imitation of Life, screenplay by Eleanore Griffin and Allan Scott, from the novel by Fannie Hurst), family dysfunction (Written on the Wind, screenplay by George Zuckerman) and forbidden May/December romance (All that Heaven Allows, screenplay by Peg Fenwick). It provides an insightful jumping-off point for a conversation about where melodrama falls on the radar of the film-going world.

Said Lim:
“…Douglas Sirk’s films didn’t start to be taken seriously by scholars and theorists until the 1970s, and then by filmmakers and audiences in the years to follow. He was probably the most excessive, the one who would go furthest. If you look at “Magnificent Obsession,” the things that happen are just beyond belief, in terms of plot twists, improbabilities, coincidences. And somehow there’s a kind of faith that this will work. It’s completely preposterous as it plays out, and you’re kind of amazed that even as you are invited to laugh at it because of its absurdity, you’re also moved at the same time. The ability to hold these contradictory positions, to engender these contradictory emotions, makes for a really complex text.”

“You’re also moved at the same time.” Exactly. Again, melodrama, when done in a complex, fully realized style, has nothing to be ashamed of. Lim goes onto add, tellingly, that amassing over fifty films in a series on melodrama defies easy categorization:

“…Adultery and forbidden love and difficult family relationships. Fallen women or wronged women as the protagonists. In terms of content, you can definitely see a throughline. In terms of style, I think it’s quite different. There are so many ways to generate an intensity of emotion onscreen, and one of the pleasures of seeing these films together is seeing how diverse they are. Some hew closer to realism than others. Some are much more excessive, feverish. I don’t think there’s a melodramatic style.”

It would be difficult to assert that adultery, forbidden love, difficult family relationships or fallen or wronged women are not already the subjects of what we would consider simply “drama.” So, it is not that one decides to explore heightened or over-the-top emotions in screen stories, but how one decides to approach it. Roger Ebert, in his 1998 Chicago Sun-Times review of Written on the Wind stated, “To appreciate a film like Written on the Wind probably takes more sophistication than to understand one of Ingmar Bergman’s masterpieces because Bergman’s themes are visible and underlined, while with Sirk the style conceals the message….To a greater degree than we realize, our lives and decisions are formed by pop clichés and conventions. Films that exaggerate our fantasies help us to see them.”

Melodrama, as a concept, has a rich and legitimate history in the dramatic canon. When produced by caring, observant artists, it is not a style of storytelling to be feared, but rather one to be acknowledged as inextricably linked to the enjoyment we get from watching movies in the first place. And, as such, one to be explored with love by screenwriters. Big, unabashed, swirling heaps of love.